WHETHER it is the classic grin of Mickey Mouse or the glorious tales of the princesses, one will surely smile while recalling childhood fantasies.

Pandora now enables everyone who is young at heart to carry these treasured memories in the form of jewellery.

From the classic love story of Mickey and Minnie Mouse to the sisterhood of the Frozen princesses, the union of Pandora and Disney is built on joint core values such as celebrating moments, dreams, magic and good storytelling.

Yet, what makes the renowned Danish brand iconic is its emotional value.

Pandora Marketing Asia vice-president Isabella Mann explained that every charm on a Pandora bracelet represents a precious milestone in their life, which a customer can gift themselves.

“Whether it is passing a test or buying a house, it is a landmark moment that you will want to commemorate. “Instead of waiting for a piece of jewellery to be gifted, women buy Pandora jewellery as a treat for themselves,” she said.

When it came to selecting the Disney characters to craft, Mann said, it was a difficult task.

“There are so many characters in demand, but when we decided to launch in Asia Pacific, we focused on Winnie the Pooh and Eeyore.

“Pandora has a 10-year agreement with Disney, so we will definitely be having more Disney characters in our upcoming collections,” she added. 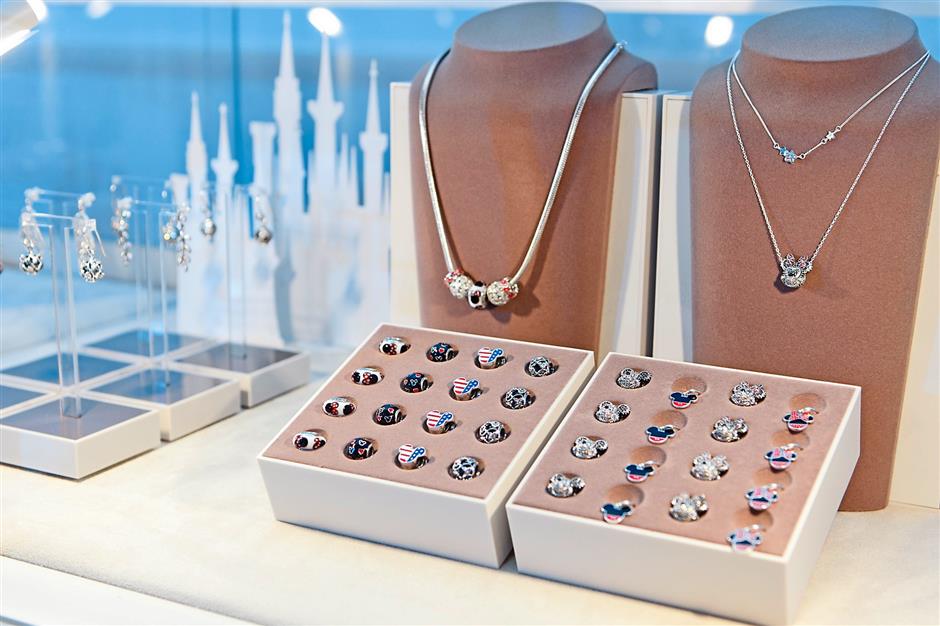 Rings and charm bracelets on the Disney Frozen characters.

Yang also became the first in Asia to show off the new Pandora Disney Valentine’s Collection, which will be launched in Jan 2016, featuring the red and white Murano glass silver charm and the Minnie Mouse silver headband.

However, the actress is not Pandora’s brand ambassador.

“Pandora is ageless. It is not bound by culture or even fashion,” explained Mann, adding that it was hard to find one single person to represent everyone.

“People are also passionately against us having a face of the brand. So, in future, you won’t actually see anyone in our ad campaigns,” she said.

Pandora Asia president Kenneth Madsen announced that the alliance between Pandora and Disney is not limited to just Hong Kong, but will also be available in 13 markets in the Asia Pacific region including Australia, China and Japan.

“The Disney collection will be available in 300 stores in Asia.

“It will also be the official charm bracelet for Hong Kong Disneyland and the upcoming Shanghai Disney Resort,” he said.

The Pandora Disney collection is now available at all Malaysian outlets.