Brickfields Deepavali stalls blocking the access of the blind

A stall blocking the tactile pathway in Brickfields.

THE blind community and other residents are hitting out at shopkeepers in Brickfields, Kuala Lumpur, who block the tactile pathway just to make a quick buck.

They want Kuala Lumpur City Hall (DBKL) to act against those who flout the laws and regulations.

In the run-up to Deepavali, shopkeepers in Little India have put up tents to trade but some of them are found to have extended beyond the allowed 3m by 3m space.

The shopkeepers are only allowed to trade during the festive season and have to dismantle the tents after Deepavali.

Brickfields Stakeholders Association president G. Gunabalan said the shopkeepers had violated the regulations again as the same incident had been happening for the past four years.

“In previous years, DBKL told us that they would not allow any stalls by the roadside, so why are they operating here again? 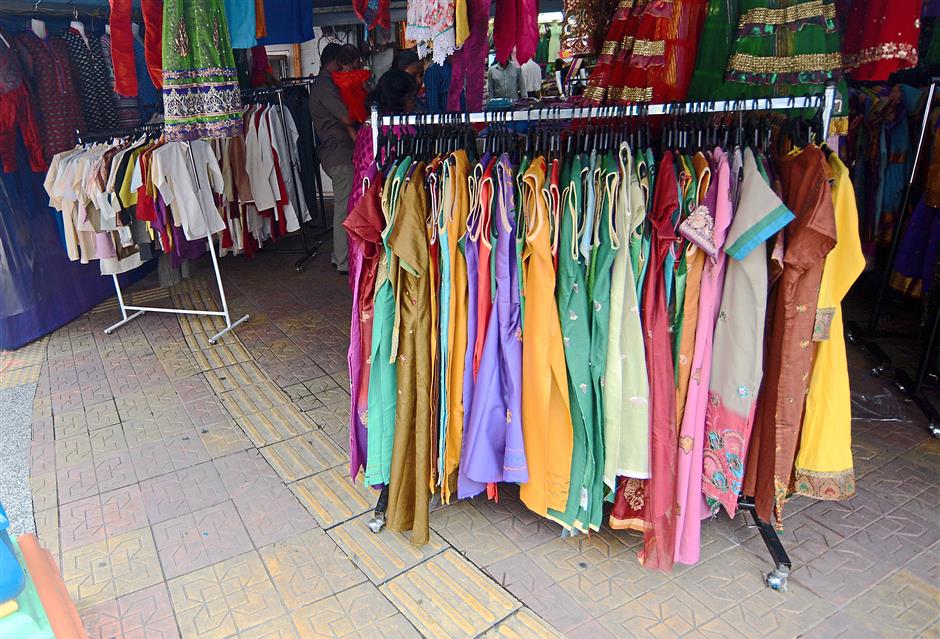 A shop in Brickfields has even placed a few clothes stand on the tactile pathway, causing an obstruction to pedestrians.


“The same issues have been highlighted previously but no action was taken,” he said.

Gunabalan, who is also a blind activist, had requested DBKL to stop the Deepavali bazaar in 2013 to protest against the shopkeepers blocking the tactile pathway.

“We wanted to get the message across and we are contemplating legal action against those who flout the law.

“There are plans for a protest, but it may be deemed sensitive by certain quarters and the association may get blacklisted,” he said.

Brickfields Rukun Tetangga chairman S.K.K. Naidu said shopkeepers who had encroached onto the tactile paving might hinder the movement of the visually impaired.

“The Malaysian Association For The Blind (MAB) office is near this area and this will create inconvenience for the blind.

“It is a walk path meant for the blind and we are very disappointed that such a problem is happening again,” he said.

Little India Traders representative G. Gunasegaran said he had received complaints about the issue and urged the shop proprietors to be considerate,

“The shopowners must remove structures or items that are blocking the tactile paving,” he said.

MAB deputy president Prof Datuk Dr Veera Ramani said obstruction of the tactile paving made it unsafe for the blind to use the pathway.

“There are many visually impaired people in Brickfields as they come here for training at the association as well as visit the Society Of The Blind.

“They may trip over the obstructions and fall. We do not want such accidents to happen.

“The shopkeepers also should not be leaving their goods on this pavement and risk them accidentally getting knocked over,” she noted.

Deputy Federal Territories Minister Datuk Dr Loga Bala Mohan, who visited Brickfields recently, said action would be taken against shopowners who did not abide by the rules of their permit.

“Shopkeepers are supposed to use tents that are 3m by 3m in size but when we checked, some had used larger tents that measured 3m by 6m.

“I have talked to the shopkeepers and they said they did not pay attention to the allocated space. That is not right.

“We will carry out enforcement against those who did not follow the rules of the Deepavali bazaar permits,” he added.

When asked about the type of enforcement action, Loga Bala said he would sort it out with the relevant departments.

“The requirements and welfare of the blind as well as the business community will be taken into consideration.

“We will see what is the best solution because asking them to change the tent now is also not good for the business community.

“We will probably fine the shopkeepers,” he said.