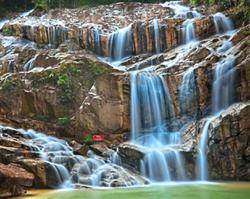 KUANTAN: The introduction of entrance fees and a cap on visitors to the popular Rainbow Waterfall has been postponed, following complaints by residents.

The Kampung Seberang Baru Sungai Lembing village safety and development committee had initially planned to introduce a RM8 charge per entry and allow a maximum of 500 visitors a day, in a bid to preserve the site.

Sungai Lembing assemblyman Datuk Sohaimi Mohamed Shah said the postponement was to give residents two weeks to file their complaints. The new rules were to take effect on Nov 1.

“Problems need to be discussed calmly as otherwise tourism will be affected,” he said during a dialogue session with residents and tourism associations on Monday.

There had been rumours that several groups were planning to protest over the new fees. Sungai Lembing Tour Operators Association secretary Uyong Siew Meng said the new fees would increase the cost of tours, between RM40 and RM50 a person.

“We have kept rates competitive, at RM40 for more than six years to keep tourists coming,” she said.

The RM8 charge per entry would be broken into a mandatory RM5 for the forestry permit which goes into the state government’s coffers and RM3 to the village committee as a management and control fee.

Previously, there was no entrance fee, even though the site was classified as a permanent forest reserve which requires a forestry permit to enter.

During the three-hour dialogue attended by about 50 people, residents objected to the fee, saying it was unfair to charge them to enter their own backyard.

State Forestry Department officer Mohd Khairul Anuar Rahim said residents could file a list of names to the government’s executive council, in order to get an exemption.

There would also be a charge for four-wheel drives (RM200), all terrain vehicles (RM50), and dirt bikes (RM10) as fees for the maintenance of roads and forest cleanliness.

Tang said fees were to cover the committee’s costs, which included RM25,000 for improving the roads, RM15,000 for signboards and renovations, and RM8,900 for the permits to manage the Rainbow Waterfall and Lubuk Beruk tourism sites as well as the 8km route through the Remen Chereh forest reserve to enter the area.

He said the measures were necessary to protect the forest from being affected by an uncontrolled number of visitors, adding that during peak periods, the waterfall had recorded more than 900 visitors a day.

Tourism Ministry statistics show there were more than 25,000 visitors last year to the waterfall located in the former tin mining village of Sungai Lembing, about 40km outside of Kuantan. 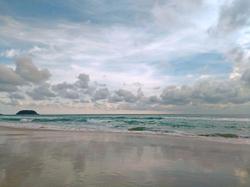