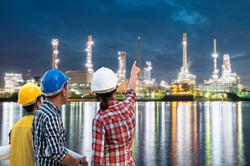 Zambry (centre) with teachers and students of Sekolah Raja Perempuan Taayah Ipoh posing with the trophy and the Mentri Besar Award they received for their ‘Young Scientists’ project.

SEKOLAH Raja Perempuan Ta’ayah Ipoh has been named the winner of the Mentri Besar Innovation Award.

The school’s principal Noor Aini Zainal Abidin was presented with a cheque for RM50,000, a trophy, and certificate for its “Young Scientist” project, by Mentri Besar Datuk Seri Zambry Abd Kadir on Monday.

The school is the first to win the award since its introduction four years ago.

Prior to the school winning the award there were no innovations by any departments or individuals to match the standard, or an innovation that could provide a significant impact to the state government.

The award was part of the state-level Public Service Innovation Day held at the state secretariat’s banquet hall.

Awards were also presented for the state-level 28th Innovation and Creative Group Convention (KIK), where 28 groups from the state and federal departments, local authorities, and state-linked agencies participated in the Technical and Management Award categories.

Noor Aini, said the award the school received is for its approach to changing the perception of people about the religious secondary school.

She said many people did not expect such a religious school to go global, especially in innovations related to science.

She said the students from the school, with the guidance of teachers, not only won several awards at the state and national levels, but also internationally.

Noor Aini said the school’s students had come up with several innovations, some of which have been patented.

“We have managed to change the attitude of our students, as well as build up their confidence that they are not only good when it comes to religious studies, but are also able to do wonders in other subjects.

“So the award that the school received today has proven that our transformation approach has not been in vain,” she added.

Meanwhile, it was double joy for the Teluk Intan Municipal Council when it won two innovation awards.

The council was named winner for the KIK Technical Award with its proposed method to handle complaints of stray dogs, and also netted the best presentation award.

For the KIK Management Award, Taiping Hospital was named the winner for creating a standards for performing a medical procedure (use of a S-Net to cover a branula) for children aged between one and three.

The Ipoh City Council bagged four awards during the event.

Under the Finance Management Innovation Award the MBI bagged the first and second prize. There was no third prize-winner for this category.

For the Communications and Information Technology Innovation Award, MBI came second. The winner was the Manjung District Education Office, with the Taiping Municipal Council coming in third.

As for the Local Authority Innovation Award, the Taiping Municipal Council was named the winner, followed by Kampar District Council, and Ipoh City Council coming in third.

Zamri, who received the awards on behalf of the council, said he is aiming for MBI to participate in the KIK awards next year.

Early during his speech, Zambry said he hoped the yearly innovations would be implemented, and put to good use.

“We come up with good innovations, and we do get good results as well, but we need to ensure in the context of delivery how fast we are able to overcome problems and situations using the approaches and innovations created,” he added.