MBSA raids shops in Section 17 for defective or expired goods

SHOPOWNERS in Section 17 Shah Alam were surprised when Shah Alam City Council (MBSA) officers paid them a visit to check on the condition of the goods in their stores.

The officers conducted the raid at two sundry shops as part of their monthly exercise to ensure quality goods were sold to customers.

Among the goods seized were sardine cans, baked beans and creamers. 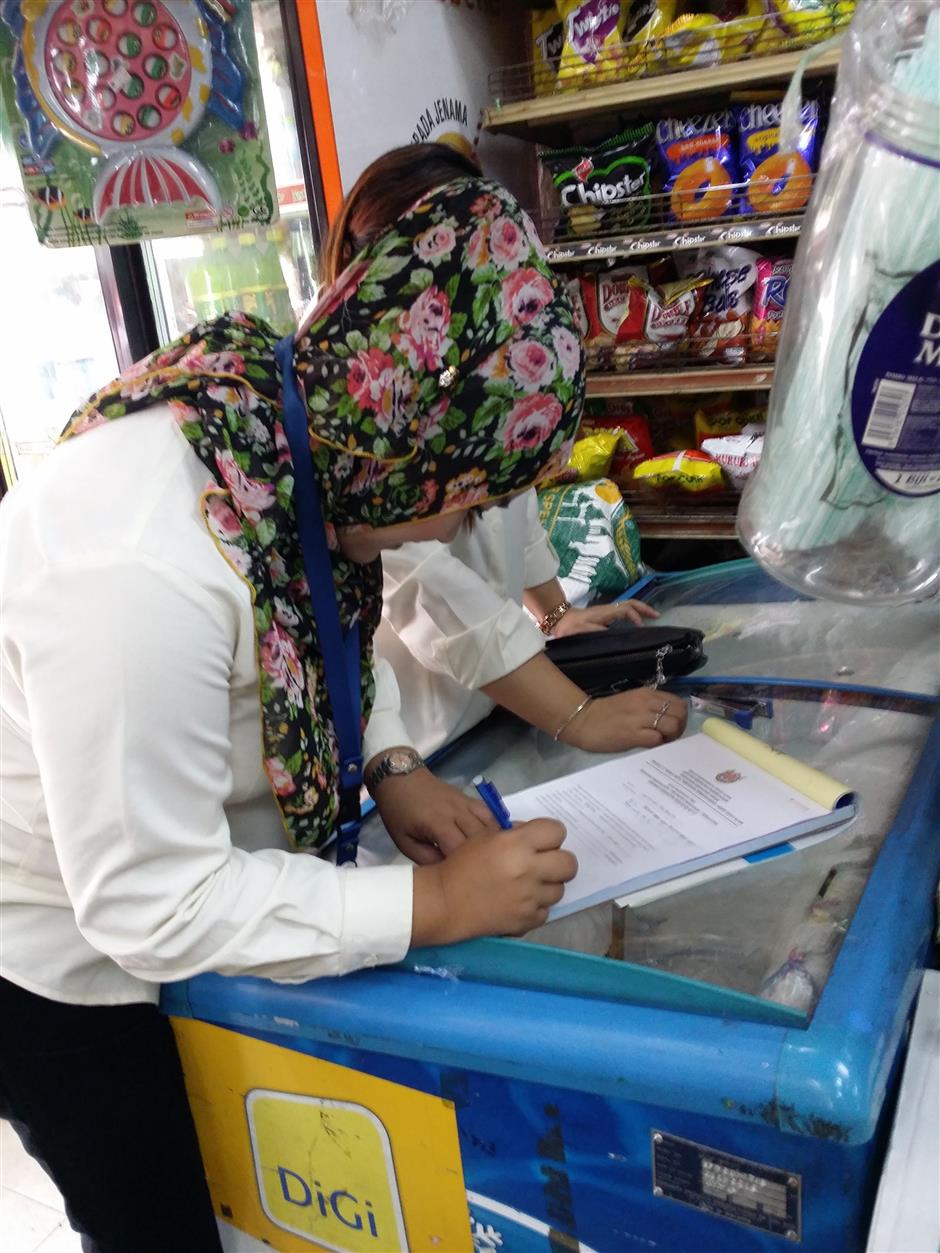 An MBSA officer writing a report after seizing some expired goods at one of the stores.

“The food could be compromised from the air cavities caused by the dents.

“We acted upon complaints by consumers,” he added.

He said MBSA conducted such raids periodically to ensure the shops adhered to the council’s by-laws.

The raids were made under the 1983 Food Act for Disposal of Confiscated Food subsection 4(8).

On another note, the council has started their towing exercise in Sungai Buloh for vehicles parked haphazardly in the township. The exercise, according to Shahrin, is to educate the public to park their vehicles at the designated parking bays provided by the council.

“This is to ensure that the vehicles do not cause traffic congestion,” he added.

Shahrin said the council received complaints from residents about congestion in the neighbourhood.

Compound and towing charges are RM270 for cars while four-wheel-drive owners will be charged RM350.

Vehicle owners can claim their cars at the towing depot of the MBSA Sungai Buloh branch at Jalan BRP 1/4, Bukit Rahman Putra, Seksyen U20, Shah Alam.