Residents of Flat Merpati B and Pandan Puteri Condominium will be taking part in the programme from Sept 28 to Nov 22.

Speaking at the launch of the programme at Flat Merpati B, MPAJ president Abdul Hamid Hussain said the main aim of the campaign was not to collect recyclable waste.

“We want to know the challenges residents face in recycling waste.

“The campaign is aimed at identifying any problems and ways to overcome them,” said Abdul Hamid. 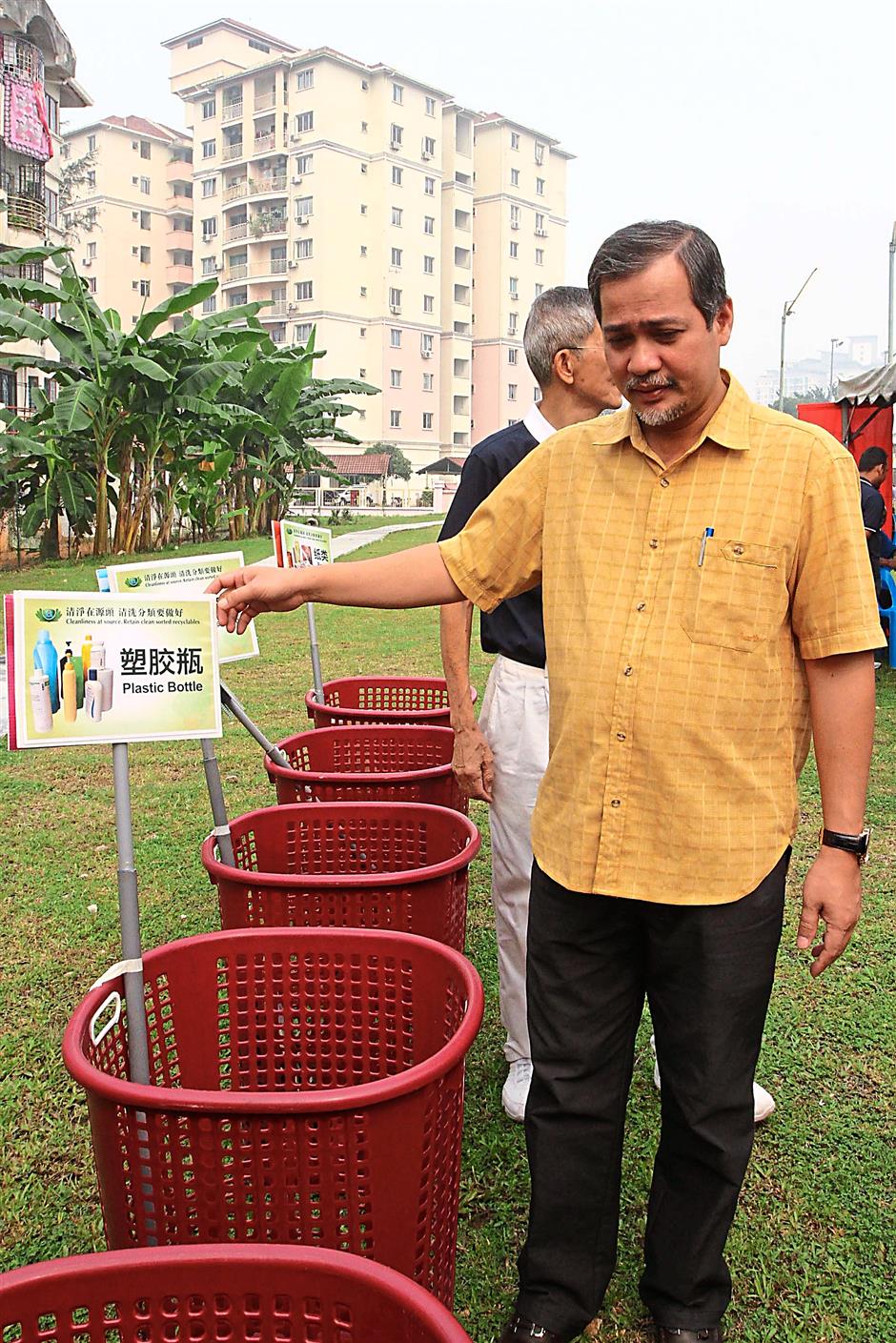 Abdul Hamid demonstrating how recyclable waste should be separated and thrown into the correct bins.

He added that the pilot programme would educate residents on the correct recycling techniques to reduce the cost of waste disposal.

“On average, 400 tonnes of solid waste is collected per day and most of them are recyclable.

“By reducing the amount of waste transported to landfills, the cost of waste disposal can be reduced as well,” he said.

Residents have been given a durable large clear plastic bag to place the recyclable waste into.

They can mix the recyclables as the separation of waste will be supervised by a research organisation appointed for the pilot programme.

“We received feedback that residents found it troublesome to have three bags to sort different categories of recyclable waste.

The areas involved in the campaign under MBPJ are Kampung Sungai Kayu Ara, Block D in 10 Boulevard and Block B of Boulevard Residence.

Areas under MPKj are Bandar Sungai Long and Batang Kali for MDHS.