An authentic Thai showcase in KL

BRINGING the best to Malaysia from our neighbour in the north, Thailand Week 2015 at Mid Valley Exhibition Centre in Kuala Lumpur offered visitors a chance to indulge in genuine Thai flavours.

For the seventh consecutive year, Thailand’s Department of International Trade Promotion held a three-day fair with the theme “Authentic Thai”.

“In line with this year’s theme, our exhibitors showcased authentic, speciality products and produce that were fully designed and crafted in Thailand,” she said at the launch of the fair.

The exhibition was organised to foster business ties and improve bilateral trade between both countries through business matching and establishment of new trade partnerships.

Thai ambassador to Malaysia, Damrong Kraikruan stressed on the importance of Malaysia as its fourth largest trading partner. Dancers in traditional costumes posing for a group photo after the opening ceremony of the trade fair.

“The total trade value between Thailand and Malaysia has grown steadily, accounting for USD$25.8bil (RM110bil) for the past three years.

Echoing a similar tone of concern on the decreasing value of bilateral trade, Vichada pointed out several causes for this downward trend.

“I think there are several factors such as the decline of commodity prices, the depreciation of the ringgit and the implementation of the goods and services tax.

“I am optimistic that the export will nevertheless go up next year,” she said, adding that she hoped for an increment of 10% business lead compared to last year.

A total of 65 companies, consisting of Thailand’s small and medium enterprises plus local importers were among the exhibitors at the trade fair. 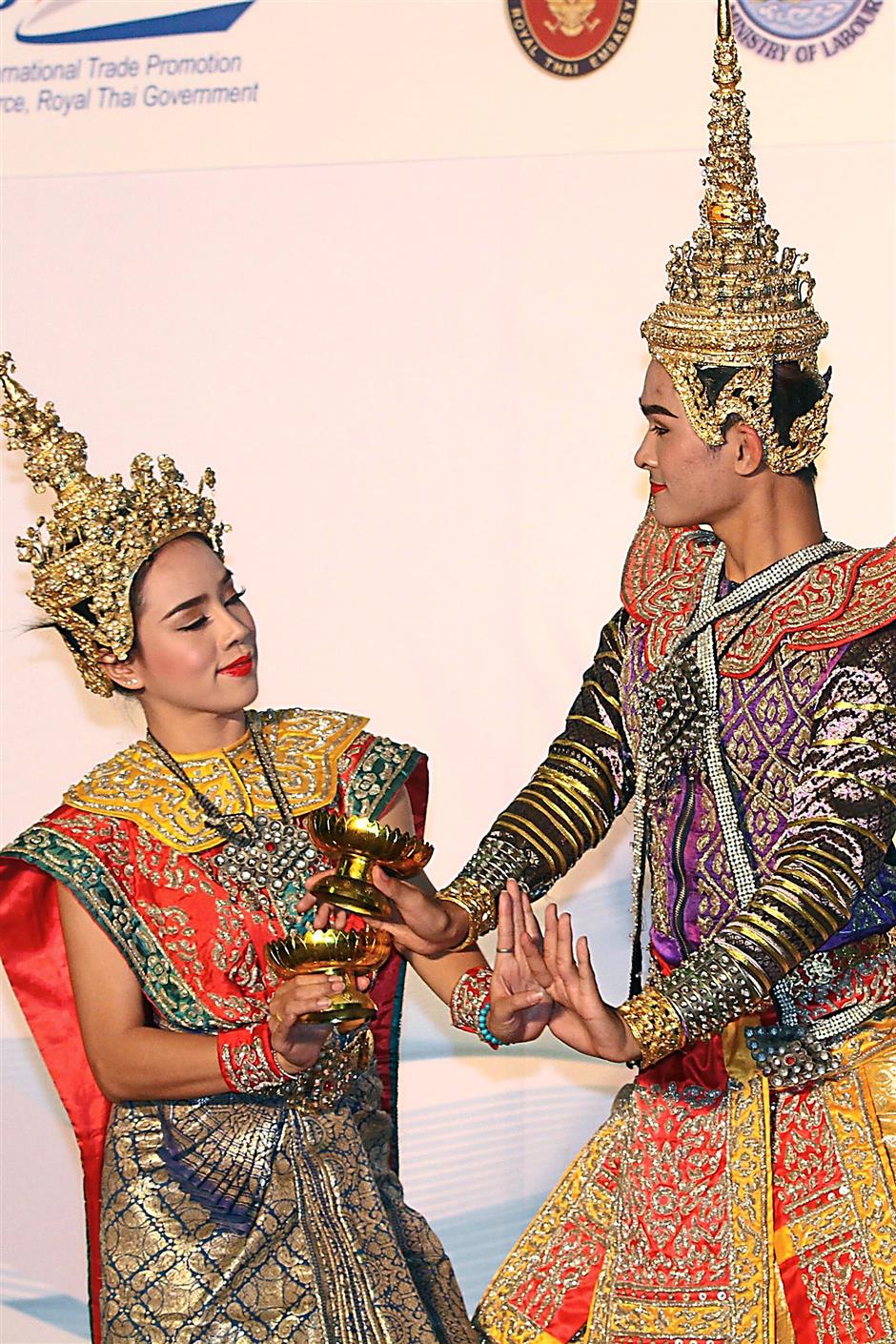 Each of the dances featured in Thailand Week 2015 has a unique choreography originating from the different regions of Thailand. — BRIAN MOH / The Star

More than 30 exhibitors were from the health and beauty industry while the other industries were food and beverage as well as jewellery and accessories.

In addition, most of the exhibitors were newcomers to the trade fair with never-before-seen Thai products in the Malaysian market.

Selecting this year’s line-up of industries and compatible exhibitors required a good degree of understanding the needs of the exhibitors, said Vichada.

“We must consider the industries in Thailand that have potential and we want to provide Thai entrepreneurs with opportunities,” she added.

Some of the exhibited Thai products have earned the Thailand Trust Mark as an assurance for their high quality.

Aside from creating business opportunities, the trade fair also aimed to facilitate cultural exchange between both countries through planned activities.

The main highlight of the fair was the traditional dance performances which represented the four regions of Thailand – northern, central, southern and north-eastern.

Other activities included a Benjarong painting demonstration, which is a form of Thailand’s traditional porcelain art, and complimentary traditional massages for visitors.

Visitors were also treated to cooking demonstrations and stage games.