THE Student’s and Teacher’s Charity Art Exhibition in Straits Quay Retail Marina, Penang, brought mentors and mentees together for a good cause.

Part of proceeds from sales of the 80 featured paintings and handicraft works will benefit the state’s Dialysis Centre in Balik Pulau.

These were done by some 60 students of kindergarten, primary and secondary school age from the Classical Art Centre, as well as 10 of its instructors.

They were be on display at The Art Room, located on the seafront mall’s first floor, until yesterday.

The art centre’s founder Koay Shao Peng said the exhibition allowed the youngsters to explore and utilise their talents to benefit society.

“It also shows them that art isn’t just something you take home to hang on a wall, as it could also be used to help others. 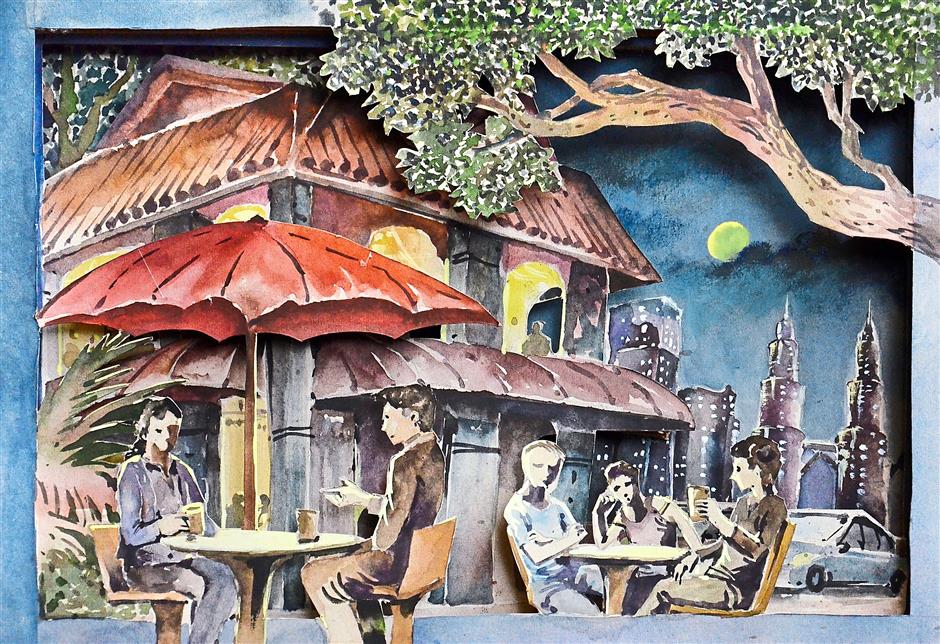 “They were all very excited to be able to show their handiwork to the public,” Koay said at the exhibition’s recent opening.

He believes such initiatives would also help parents see the benefits of art in helping to mould well-rounded individuals.

This, he hopes, would lead to more parents encouraging and supporting their children in this pursuit.

“Understandably, most prioritise academic results. But art shouldn’t be overlooked either, as it teaches one to explore their creativity.

“And with Penang positioning itself as a global city, this will only contribute to its vibrancy,” Koay added. Guest of honour Dr H.C. Yeoh echoed those sentiments in saying that a city needs a good balance between science and technology, and arts and culture, to thrive.

“The children here are highly talented, and it is vital we help them develop this potential.

“Hopefully, many of those participating in this show will go on to become great artists,” he said in his opening address.

The show is the first of two parts.

To run until Sept 30, it is set to feature around 50 old and recent artworks, mostly in watercolour, depicting Penang’s unique heritage. A painting of boats at a jetty by 14-year-old Koay Ke Ying.

It will be open for viewing from 10am to 10pm daily. Admission is free.

Koay is also principal of the art centre, which was established in 1985.

It now has five outlets in Jalan Terengganu, Mount Erskine, Sungai Dua, Sungai Ara and Island Glades with over 500 students ranging from children to working adults.