BEING the only student in Universiti Tunku Abdul Rahman’s Bachelor of Nursing course, 24-year-old Tu Jeck Ming was undaunted in pursuing his passion alone.

He successfully graduated with an Honours Degree with Merit during the university’s 21st convocation ceremony.

“When you’re in a class of one, it’s quite hard to feel motivated sometimes without classmates.

“But I always tried to remind myself that I was there for a purpose, which was to take better care of patients when I am a nurse,” he told MetroPerak after receiving his scroll at the UTAR campus in Kampar last Saturday.

Asked if he had trouble making friends at the campus in Sungai Long where he studied, Tu said he met a lot of people by joining events and societies such as the Christian Fellowship and the Medical Healthcare Society. 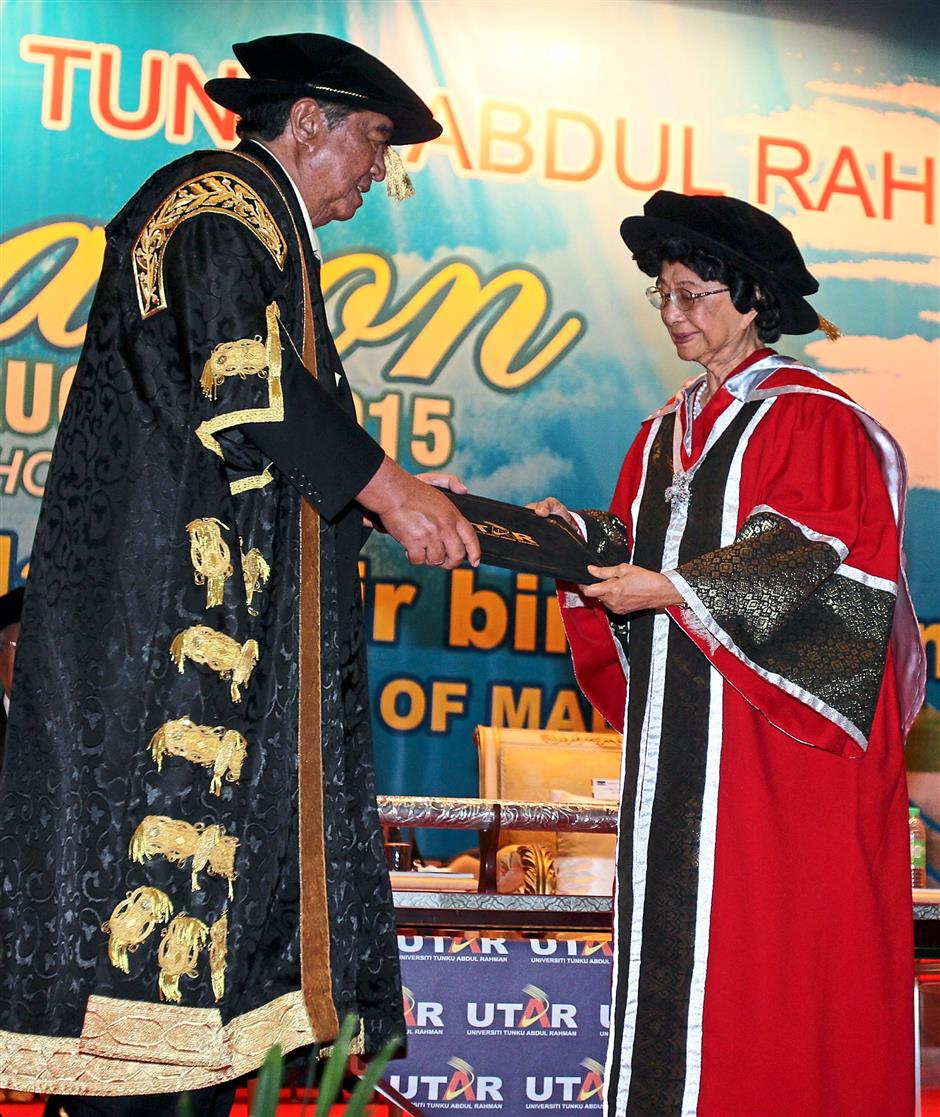 The Sabah-born lad thinks that being a male in the career of nursing was special and could lead to more opportunities.

“I love the close interaction between nurses and the patients.

“Patients only see doctors once or twice a day, but nurses keep an eye on those under their care from the moment of their admission until they are discharged,” he said, adding that he liked taking care of people.

Tu plans to work in Singapore after graduating.

He said it was good to learn how things were done in other countries.

Tu was among the first group of students who graduated from UTAR in several new programmes. 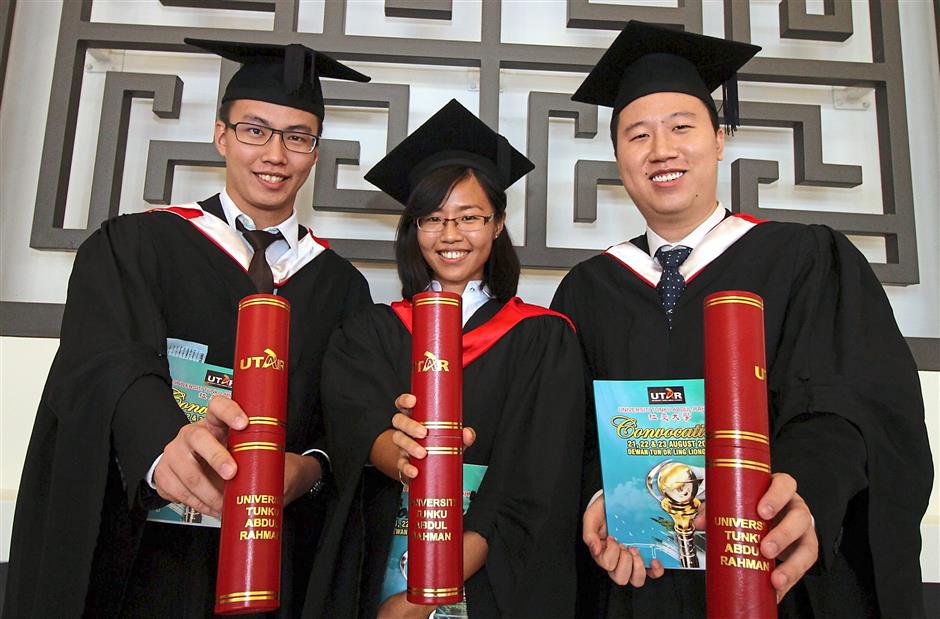 Proud graduates (from left) Tu, Ang and Goh with their graduation scrolls.

Another student, Ang Wen Jean, 25, who was conferred the Bachelor of Medicine and Bachelor of Surgery with merit, said she was proud her toiling for five years in UTAR had paid off.

“Being a medical student was very hectic. Our days consisted mostly of lectures from early morning till evening. And when it comes to practical training in hospitals, we will be up from 7am till 6pm. It was quite tiring,” she said.

Ang said the biggest challenge in studying medicine was the sheer amount of knowledge they had to acquire.

“We needed to learn the basics in everything and have the basic set of skills before starting our housemanship.

“This means that we needed to know how to perform many kinds of procedures,” she said. Ang added that she was inspired by her parents as her father was a doctor and her mother, a nurse.

“I know working as a doctor means long and irregular working hours, but I think it’s worth it because I want to save lives,” she said.

As for Goh Kuok Wey, 23, who was conferred an honours degree in Physiotherapy, he said the biggest challenge in being the pioneer batch for his course was that there were no past year exam papers or seniors he could refer to for help.

“We all had to learn to be responsible, committed and disciplined to work harder than the rest of the students,” he said.

After finishing his internship in the Kuala Lumpur Sports Medicine Centre prior to graduation, Goh said he learned the most important thing about being a physiotherapist was to have self-confidence.

“If I’m confident, I can gain the trust of my patients more easily.

“This helps with the treatment process and improve rapport with the patients,” he said.

Former prime minister Tun Dr Mahathir Mohamad was invited as a guest-of-honour for the convocation, as his wife Tun Dr Siti Hasmah Mohd Ali was conferred the honorary Doctor of Medical Science by UTAR.

In his speech, Dr Mahathir stressed that it was important for people to give back to society.

“I keep telling other leaders that helping others to prosper is better than enriching yourself.

“When you achieve wealth and you give back to the community, this helps the society to become more stable, richer and more successful.

“You’ll also be able to make a good living and eventually, the prosperity will come back to you,” he told the audience, which comprised students, lecturers and the public.

“Successful countries are where people work hard, because they don’t care only about the money. They actually gain satisfaction from their work achievements.

“Honesty is also important, because a country with people who are dishonest will never succeed. When you’re not being transparent, you’ll lose the trust of the people.

“And when you lose the trust of people, that’s going to cost you almost everything,” he said.