Selangor Mentri Besar Azmin Ali has given his assurances that all environmental and safety precautions will be taken in the construction of the East Klang Valley Expressway (EKVE) project.

He said the state was working closely with Malaysian Highway Authority (LLM), Public Works Department (JKR) and project proponent Ahmad Zaki Resources Bhd (AZRB) in the design and construction of the highway.

“I have received many notices, emails and memorandums from residents associations and individuals in Bukit Antarabangsa.

“While some expressed their objections, there were also those who voiced their approval for the project,” he said when met at an event in Ukay Perdana, Ampang, yesterday.

Azmin, who described the current traffic situation in the area as a “nightmare,” said there was a necessity for a highway there.

“Jalan Ukay Perdana is the only entrance and exit point for residents. 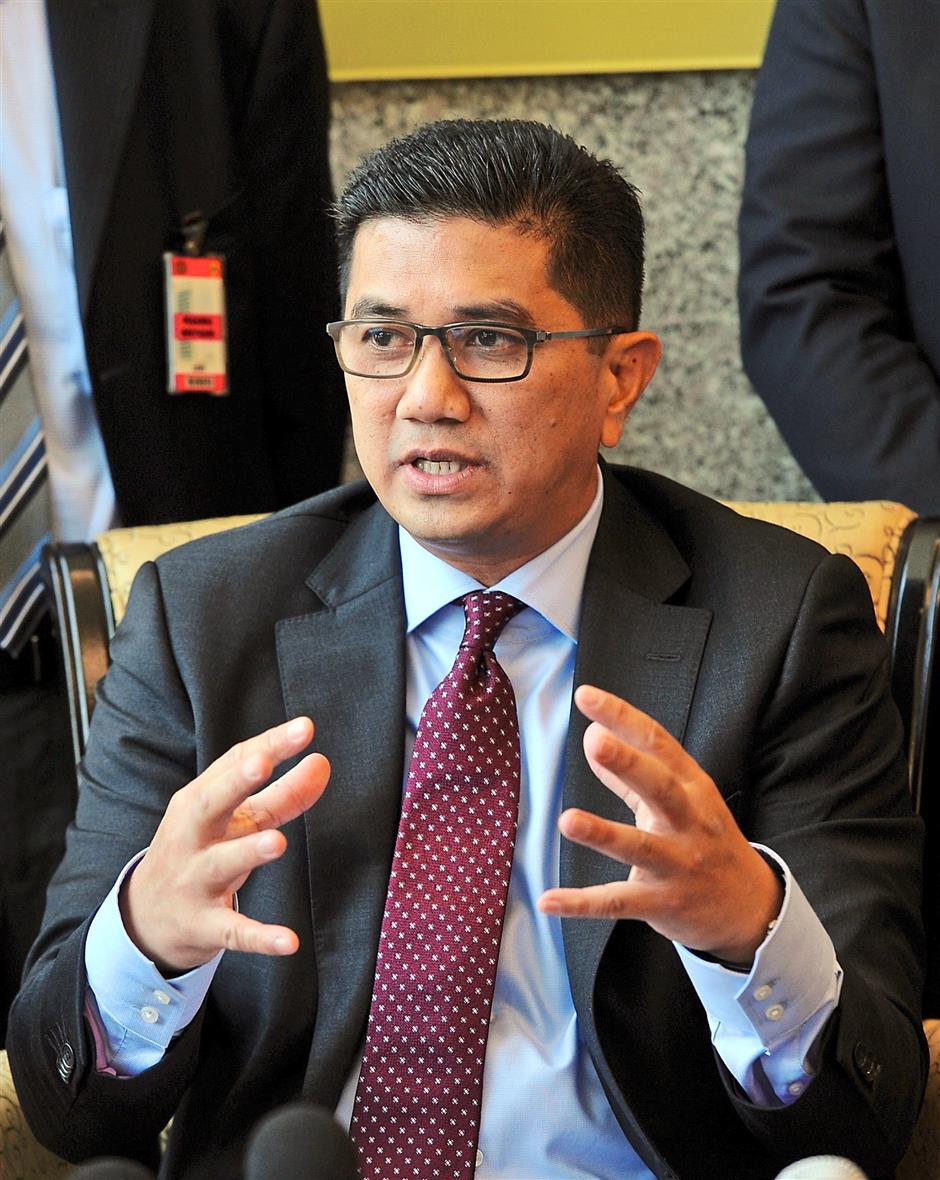 Open to feedback: Azmin says he has received many objections as well as support for the project and assures that precautions will be taken during the construction of EKVE.

“As such, we must make sure that the highway will not compound the situation but help in dispersing traffic.

“A main contention pointed out is the exit point from EKVE to MRR2 via Jalan Ukay Perdana.

“In the last meeting with LLM, JKR and stakeholders on July 1, these issues were brought up and the authorities had looked into their concerns.

“Following this, some adjustments have been made and a new design is in the works,” he said.

Azmin, who is also Bukit Antarabangsa assemblyman and Gombak MP, added that stringent conditions had been placed on AZRB as conditional approval.

“These conditions are in place to ensure that there is no activity that will contaminate the Ampang Forest Reserve and water catchment area.

“This was also the reason why the state did not approve the application for phase two of EKVE as it would have cut through a portion of the Ulu Gombak Forest Reserve which houses the Klang Gates dam.

“AZRB has redesigned the alignment so that it will stop at Jalan Ukay Perdana and exit to MRR2.

“The state has been engaging with the stakeholders together with Ampang Jaya Municipal Council (MPAJ), LLM and JKR as some of their concerns are legitimate and we need to look into them,” he assured.

On whether part of the Ampang Forest Reserve had been degazetted, he said, “I am not privy to the details at present but will continue to update the public.”

Meanwhile, Association for the Protection of Natural Heritage of Malaysia (Peka) has also voiced their concerns against the project.

Peka secretary general Bazlinda Bahrin said more effort should be made to improve public transportation instead of building more highways.

“Peka was among the NGOs and affected residents who objected to the proposal for EKVE.

“It is frustrating to hear that the project has been approved through the MPAJ OSC committee.

“It seems that the authorities are focused on the financial and economic interest rather than evaluating and considering the project’s environmental impact on communities.

The controversial EKVE project drew public outcry when it was made known that the Ampang and Ulu Gombak forest reserves would be cut down.

The Selangor Forestry Department in February 2014 announced a proposal to degazette 106.65ha of the Ampang Forest Reserve for the construction of the EKVE.