Dr Zambry: ‘The state government would be strict on operators to resolve the problem’.

OPERATORS of chicken farms in the state have been warned to comply with the guidelines on hygiene or face closure because many farms have poor hygiene control.

He said chicken waste that were left to dry to be used as fertiliser emitted a foul smell that attract flies to breed in the area.

Dr Zambry said due to the problem, residents living near these chicken farms complained of the unbearable “fly-menace”

He said some of the operators were running the chicken farms illegally, and did not follow the strict guidelines issued.

“Enforcement is carried out regularly, but some farms set up illegally are located deep in the jungles, where accessibility is a problem, and it can be difficult to trace such farms.

“The state government, however, will not compromise on the matter, as it involves hygiene,” he told reporters after the state executive council meeting at his office on Aug 5.

Dr Zambry said despite some operators following the best practises they somehow failed to maintain the area.

“We have set up a committee to look into the matter, which also include Sitiawan assemblyman Datuk Ngeh Koo Ham,” he added.

He said the committee would come up with recommendations on how to improve the cleanliness level, by using the best approach.

“We are going to be very strict on the operators as we need to tackle the problem.

“We will issue fines, and in the worst case scenario, we will even close down the farms,” he added. 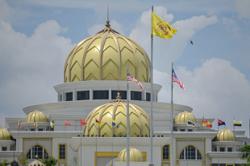