Sabah entitled to 40% of its revenue

KOTA KINABALU: Sabah is entitled to 40% of revenue collected by Federal agencies in the state as the provision exists in the Constitution, a local economist said.

Zainnal Ajamain, who was involved in drafting a memorandum to the Prime Minister on the matter, said the provision under Schedule V, Part IVSpecial Grants to State of Sabah and Sarawak, item 2(1) had always been maintained in the Constitution.

“There is no way that Parliament can repeal this provision or amend the Malaysia Agreement 1963 and the Inter-Governmental Committee Report.

“To amend the Malaysia Agreement 1963 and the Inter-Governmental Committee Report, all the signatories must sit together as peers,” Zainnal added.

This include representatives from Britain, the Federation of Malaya, Sabah and Sarawak, said Zainal, the Parti Kerjasama Rakyat Sabah (Pakar) secretary-general.

However for the provision to be activated, there was a need to review it as specified under Article 112D of the Federal Constitution, he said, adding that Datuk Seri Najib Tun Razak made the right move in agreeing to the formation of a committee about this.

He said the Prime Minister was receptive about the state’s constitutional entitlement.

Anifah said he expected the special committee to be formed soon.

The committee, he said, would comprise experts with knowledge on the Constitution and the historic background to Sabah becoming part of Malaysia in 1963.

The committee would study Sabah’s rights to higher oil royalty as well as a return of 40% of the nett revenue obtained from the state.

He said the matter had been discussed at length during various forums with the people. 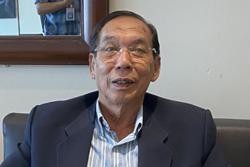