WINNERS of 1st Avenue Penang’s I Found Fame 2015 model search can look forward to an exciting year ahead as the mall’s official ambassadors.

The lucky 12 will appear in various promotional materials and will each be the monthly face of its 2016 calendar diary.

Among them is Russian student Christina Ardo, who feels the increased prominence will be good for her part-time modelling career.

“Contests like this are great opportunities to get noticed, which will hopefully lead to more job offers,” said the 18-year-old, who is studying political science.

Fashion design student and blogger Christinna Kuan, also 18, emulated her elder sister who was one of last year’s winners and offered plenty of support. 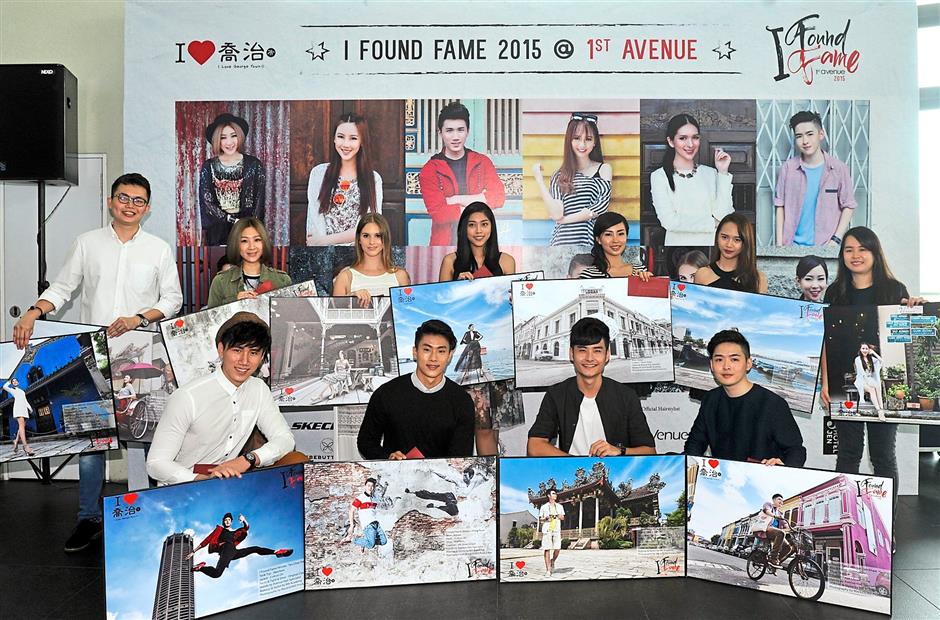 We’re so excited: Winners of 1st Avenue Penang’s I Found Fame 2015 contest showing off their featured photos. With them is Ooi (last row, left).


“Being one of the chosen few among so many participants is a great honour,” she said.

She was once a member of the Itosii band recognised as the youngest group by the Malaysia Book of Records around a decade ago.

Architecture draftsman Phillip Yeoh, 24, found it fun learning how to pose for the cameras, and is eagerly looking forward to see how he appears in the calendar.

Computer technician Nicholas Loh, 20, added, “When it comes out, it’ll be nice to show it to my family and friends.”

An estimated 5,000 copies of the calendar diary will be printed and should be out in November.

Besides the publicity, all winners of the contest, held for the 6th year running, received RM1,000 worth of shopping vouchers each.

They were presented with their prizes in a ceremony at the mall recently, except for three who could not attend.

Of those, 50 were shortlisted and invited for a preliminary photoshoot.

The field was then narrowed down to the final 12, each of whom went for location photoshoots at various places around George Town.

“Besides providing a platform for model wannabes to shine, the contest also helps promote the wonderful city of George Town,” Ooi added.