By AMANDA YEAP and IVAN LOH

FISHMONGERS in Ipoh have been seeing a shortage of fish in recent weeks and what is available is being sold at higher prices.

A check by MetroPerak with several fishmongers at the Ipoh Central Market found that they were forced to sell fish at prices around 10% to 30% higher than before.

A fishmonger who wished to be known only as Lee, 60, said she noticed the fish bought from her suppliers in Thailand has been fewer in number around two months ago.

“From what I have heard, it seems that the authorities have sealed off all ports around the country, forbidding fishermen to go out to sea.

“They are doing this to give time for the fish to breed.

“It usually happens once a year around June and July,” she said.

A customer came to Lee’s stall, asking for the price of white pomfret (bak chong yu in Cantonese) and she was taken aback when Lee said it was RM50 per kg.

Lee said she used to sell it for around RM40 per kg, but times are tough these days.

“If the supplier sells it to me at a higher price, then I have no choice but to adjust my prices.

“Selling fish used to be a good way to earn a living, but not anymore.

“Luckily, my two children are already in their 30s and working, or else I can’t imagine having to support them on a lower income,” she said, adding that she has been in the business for more than 40 years.

Lee says the price of the grouper, hairtail, and ikan siakap have increased by 30% too.

Similarly, at another stall, fishmonger Kak Ros, in her 40s, said she has been seeing low fish supply as well.

At her stall, grouper was now selling for RM24 per kg compared to RM23 a few months back, while ikan siakap is going for RM16 per kg from RM15.

“My prices have only gone up a few ringgit, as I source for fish overseas and locally.

“I noticed that overseas suppliers can sell them to me cheaper than my local suppliers from Kuala Sepetang and Pantai Remis.

“The local fish do not seem as fresh,” she said.

Kak Ros also said her customers would complain, but they still fork out the extra money in order to enjoy certain delicacies during Ramadan.

“My Malay customers usually buy ikan siakap and ikan pari (stingray) for their buka puasa dishes and they will ask me why the prices are so expensive now.

“I explain to them about the current fish shortage, hoping that they’ll understand,” she said.

A fellow fishmonger known only as Chen, 70, said she did notice a reduction in the fish supply over the last few weeks. 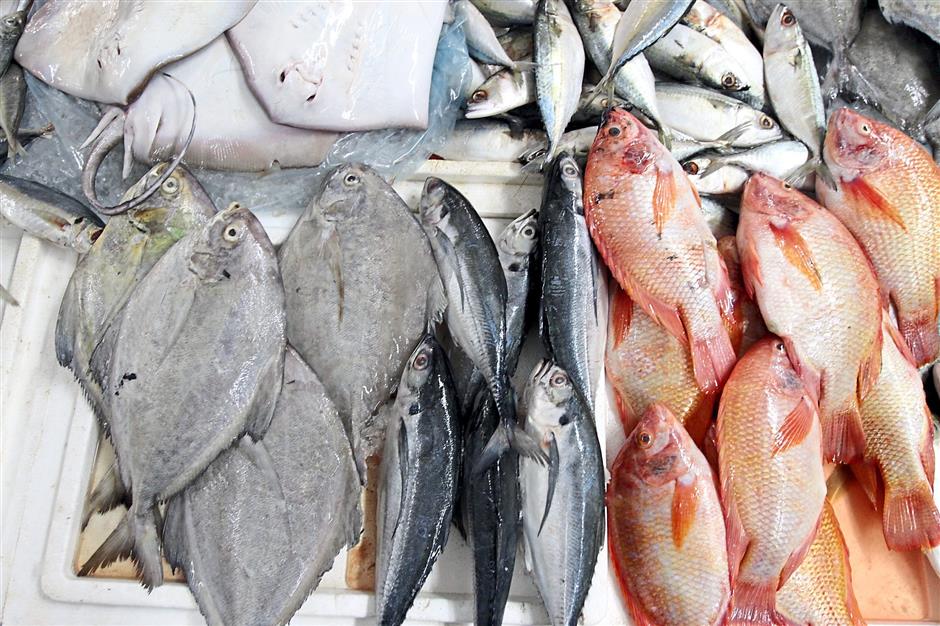 Fishmongers are seeing a shortage of fish in recent weeks in Ipoh.


“Probably they just couldn’t catch enough fish because of the bad weather.

“If there’s not enough supply, I am forced to sell it at a higher price too to protect my rice bowl,” she said.

However, Ipoh Fishmongers Association chairman Koi Boon Tee said there was no problem with the fish supply at markets.

“It is probably because of the high demand for these fish that they were sold out at markets.

“There are higher demands for the smaller fish compared to the bigger ones,” he said.

“Consumers can be assured that there will be ample supply for Ramadan,” he added.