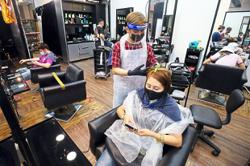 In demand: Fendi (left) and his staff hard at work at the shop located at Larkin Perdana, Johor Baru on June 22. Photo: ABDUL RAHMAN EMBONG

JOHOR BARU: A visit to the local barbershop normally ends with just one getting a haircut or a shave but a local barber is changing the concept with his own unique style that have been a hit among the youngsters here.

Ahmad Effendi Ahmad Rozi, or better known as Fendi, said he had been in the haircutting business for more than 23 years after learning the skill at an academy in the United Kingdom.

“After spending three years there, I went to work at a barbershop in Singapore for the next 17 years to gain experience before deciding to open up my own shop here at a hypermarket in Setia Indah.

“It was a risk as not many people back then wanted to go for the classic vintage look like in the 50s or 60s but it all changed due to well known local fashion celebrity Wak Doyok and now, people, especially the men want to have that kind of look,” he said.

The 37-year-old said that the most popular haircut among Malaysian men is the pompadour haircut, which gives the person a gentlemen’s look.

The pompadour haircut is where the hair along the side of the head is shaved and the middle is slicked back and stoop up which resembles a vintage rock star like Elvis Presley.

Fendi added that youngsters nowadays wanted to look and feel the old-school style, which is the latest fashion trend especially within the hipster culture.

“Men’s hair is quite difficult to take care off as they need to get the right products for their hair as well as to trim it at least once every two week to be well groomed.

“This is where my barber shop - Fendi Barbershop and The Gang - fits in as we help people of all generation to make them feel good by getting the best haircut that cost not more than RM15,” he said.

He also said that business had been good to him where demand for his service was increasing and this prompted him to open up a second outlet at Larkin Perdana here. “My second outlet has been open for more than nine months but since the opening day there been a steady increase of not only loyal customers but also new ones as well,” he said.

Fendi pointed out that he wanted his barbershop to be different than traditional barber shops or hair saloon found here.

“People normally will wait for hours and would leave once they get their hair cut but I want to give other experience in my shop.

“My barbershop is not only a place for people to get their haircut but also a café for food and drinks as well as a clothing boutique,” he said adding that he also planned to introduce his own hair products and open another outlet in Kempas soon. 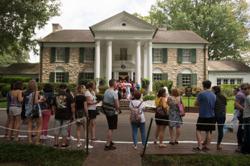 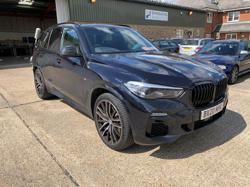