3 Jump referee Nur Afiqah Azahar (left) showing first-time jumpers how to do ‘knee drops’ by landing in a kneeling position.

IT feels like you are defying gravity. You leap effortlessly time after time into the air, higher than you’ve ever leapt before.

Trampoline jumping, a sport that has been growing in popularity, has now bounced into Penang. It’s fun and healthy.

“When we jump up, all our core muscles are used to stabilise us in the air,” said Jump Street Asia chief executive officer Duncan McGilligan.

The core muscles comprise all the muscles in the torso, back and pelvis. They serve as the body’s stabilisers and are essential for balance.

In a sedentary lifestyle, the core muscles are seldom used. Many sports, like running or cycling, tend to neglect them.

“Jumping on a trampoline tones our muscles without straining them with impact,” said McGilligan, adding that in just 10 minutes, you could burn as many calories as runners do in 30 minutes.

Welcome to Jump Street Penang. It is built across 27,000sq ft in the atrium of D’Piazza Mall in Bayan Baru.

It has nine trampoline attractions. There are more than 50 individual trampolines, on which players can play dodge ball, basketball or even engage in gladiator-style combat with foam wrapped staves. 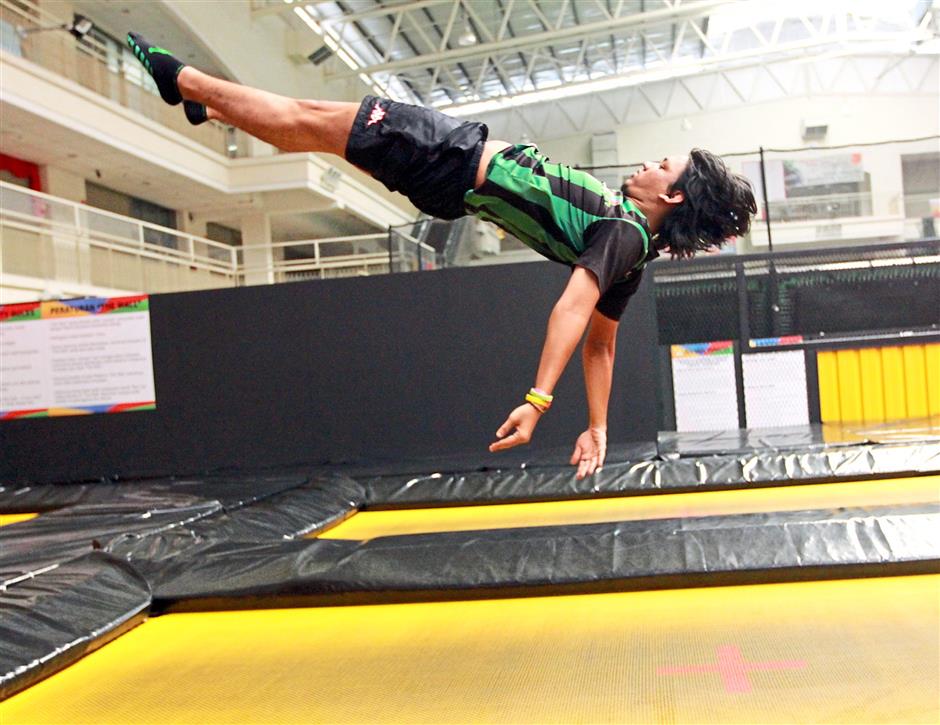 Jump referee Muhammad Tasnim Kamaruddin demonstrating how to land on the back on an Olympic specs trampoline at Jump Street Penang.

The park opened early this year and has taken on a secondary role as a tourist attraction.

Backpacker Eric Quintero from Venezuela was visiting Penang for a week with two friends and came across a sign promoting the park.

“We came straightaway to jump for an hour. This park is beautifully made. There are so many ways to enjoy jumping here,” said Quintero.

Her family made the park their final stop before going home to Singapore and spent about an hour jumping.

“Trampoline jumping is great fun and healthy too. I like the challenge of staying in control while I’m in the air.

“This park is twice the size of the trampoline park in Singapore. It’s safer here because there is so much padding around the trampolines for protection,” Teo said.

The park has five yellow Olympic specs trampolines in the high performance section. 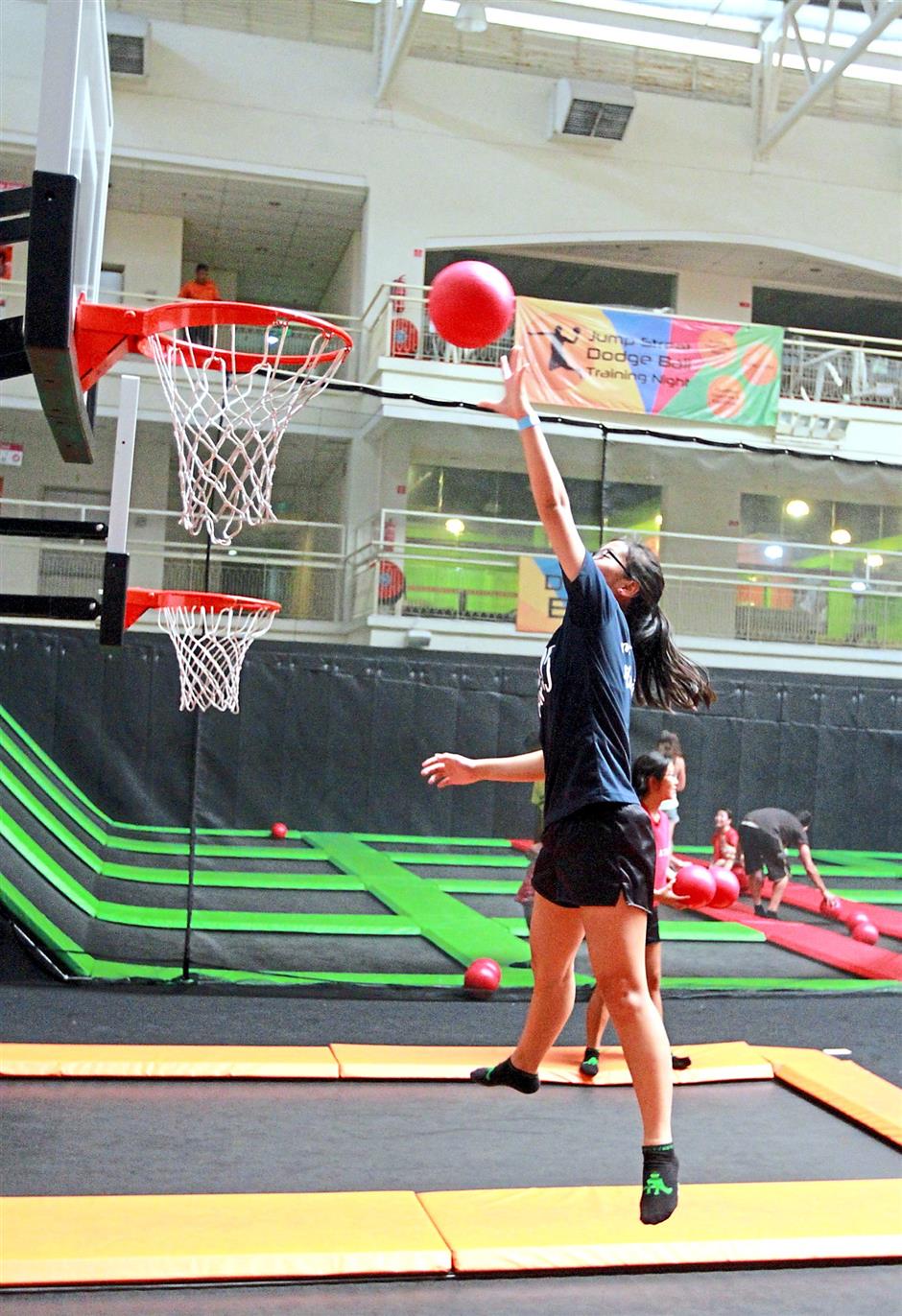 You can slam dunk to greater heights if you do it on a trampoline.

Once you get the hang of trampoline jumping, head over to these yellow ones and see if you can bounce up to 3m in the air.

The longer yellow ones are designed for jumpers to take jumping strides and then soar through the air, somersaulting if desired, before landing on a giant air bag.

But before you feel able to do that, you can use a smaller set-up of black trampolines for beginners.

“Every newcomer to the park smiles after just a few seconds of jumping.

New subscribers for a month of The Star’s e-Paper at RM30 will get two free passes. Offer valid while stocks last.