When calling to complain pays off

Gesture of thanks: Syabas Planning executive director Sanusi Sulieman, together with Corporate Affairs Division executive director Priscilla Alfred presenting a a mock-up of a 43” LED television to one of the winners who won the main prize during the prize-giving ceremony at the ‘Pelanggan Prihatin’ Programme.

A TOTAL of 15 people were rewarded for lodging reports and complaints with Syarikat Bekalan Air Selangor Sdn Bhd (Syabas).

They had called the toll-free line 1800-88-5252 and this made them eligible for the “Cabutan Bertuah Pelanggan Prihatin” programme.

Since 2005, Syabas’ toll-free line has been one of the most popular communications medium used by consumers.

The programme is held every three months to show appreciation for the support and information provided by consumers which has helped Syabas improve water supply and reduce non-revenue water (NRW).

Calls received are attended to within 30 minutes and action is taken within the stipulated time frame set in the concession agreement.

Five lucky callers were picked through a draw carried out manually by Syabas representatives at the venue.

Since the programme was launched, a total of 595 lucky draw winners have won attractive prizes.

A mini kiosk was also set up to disseminate information on the mySYABAS app.

It was launched at the end of 2014 and is one out of the 33 innovations created in-house by Syabas to improve the service quality to consumers.

Consumers can lodge complaints, provide feedback and receive information on water disruptions including the current status of repairs.

The mySYABAS application can be downloaded for free via Google Playstore/ Appstore. 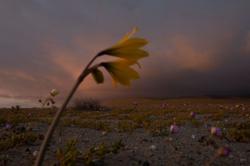