IT MAY have only been a day trip, but the experience showed that travel has a way of changing the way one looks at things – in particular a small town near Ipoh.

To reward its customers, Maxis treated members of its loyalty club to a day of fun.

Chauffeur-driven Mercedes’ picked them up from their homes before heading off to Banjaran Hotsprings Retreat in Tambun, escorted by outriders from the Wilhin Motor Club, who helped keep the 20-car convoy intact.

The retreat is in Gunung Dato, which is the middle section of a 60km-long limestone massif stretching from Gunung Gajah in Kuala Dipang to Gunung Kantan in Chemor.

This area is famed for three things — pomelos, limestone hills and the hot springs’ rejuvenating waters.

Twenty years ago, in place of the resort’s lake stood a town council pool. 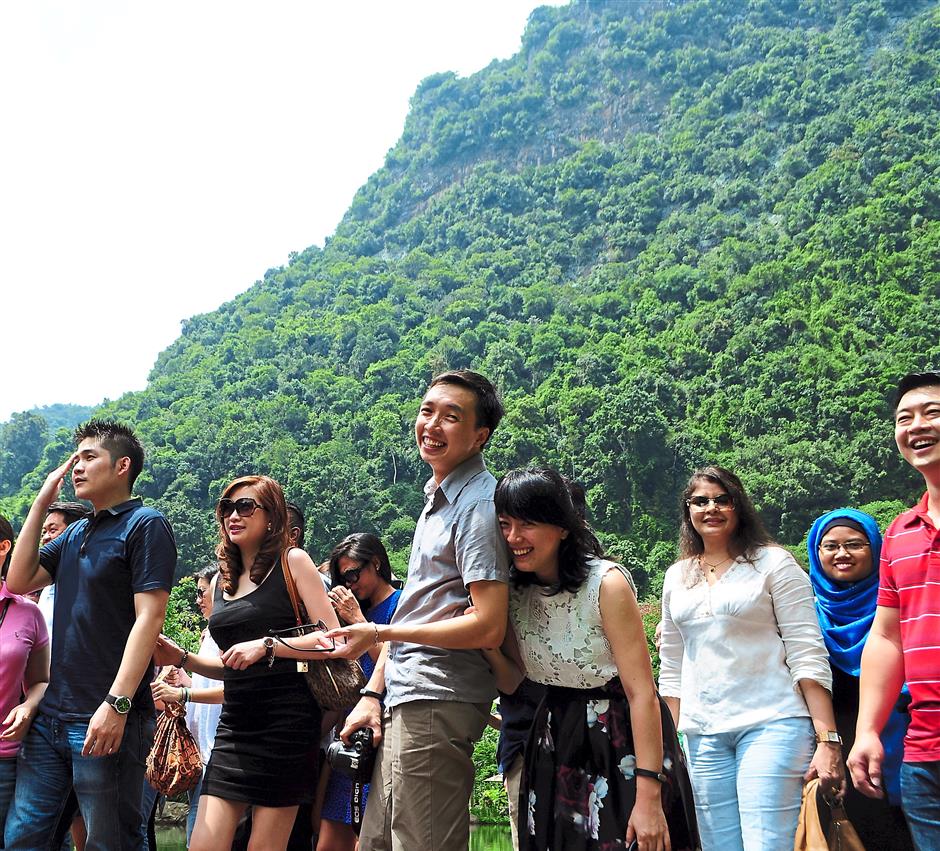 Limestone mountains set the backdrop and mood for a fun day.

But it fell into neglect, partly because of lack of publicity and the unpleasant memory that this was once a communists stronghold.

Folklore has it that the place was also home to Tuan Puteri Chantek, a mythical princess and the hot spring’s guardian spirit.

Other attempts at development included a Chinese temple in 1933.

Sometime in the mid-1960s, a two-storey hotel was built.

The area then was known as Yooklin Hot Springs, named after tin miner Ng Yook Lin who financed the project.

The limestone hills are also on the environmental radar as activists are worried that quarrying activities are gouging huge chunks out of them. Environmentalists have even warned that unless quarrying is checked, the City of Limestone Hills may have to change its name to the Land of Flattened Hills. 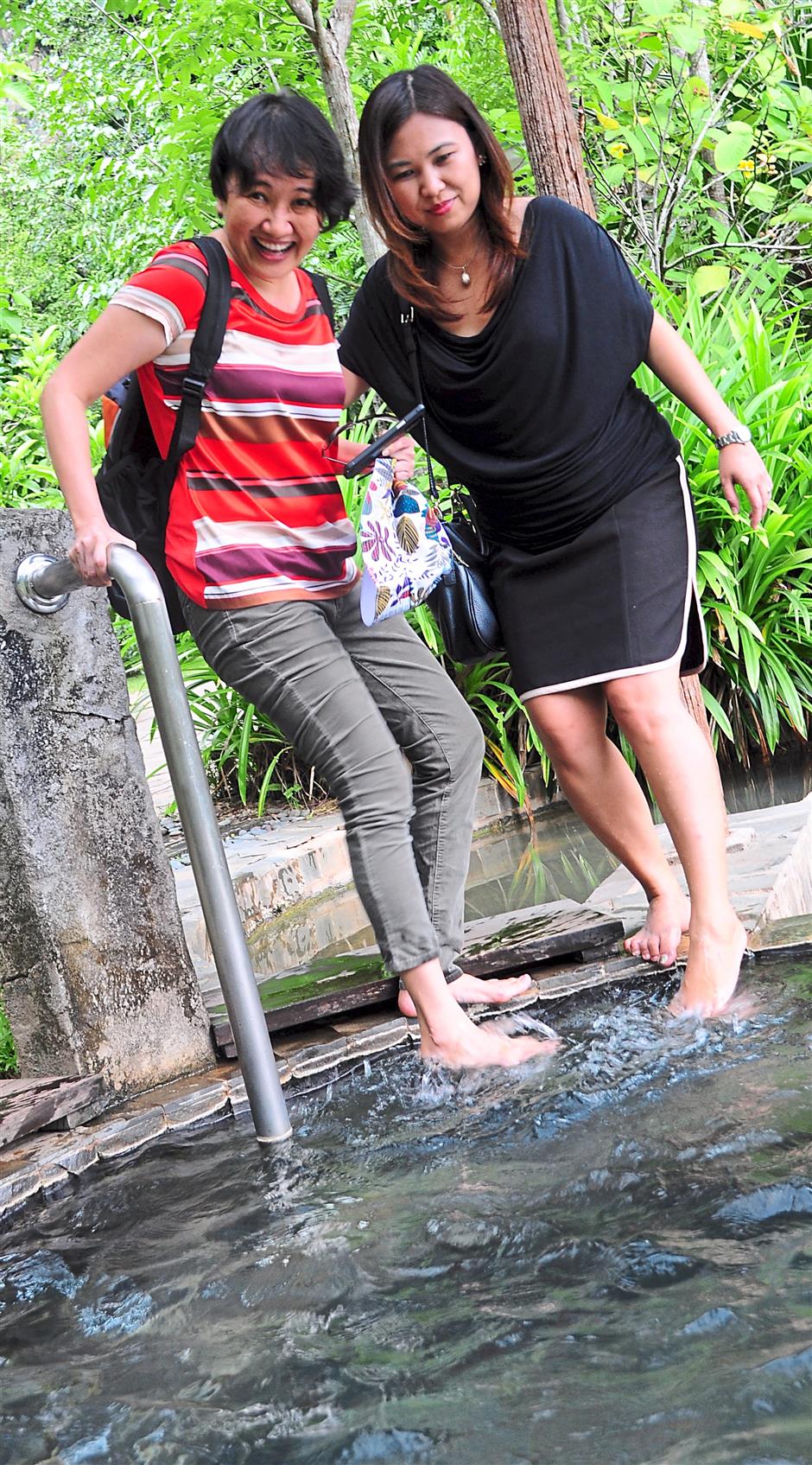 Leong Mun Sean (right), the boss of The Attic rooftop bar, daring a dip in the hot spring with a friend. Those who can stand the heat are said to enjoy health benefits.

The resort visit served as a reminder of what has already been destroyed.

A hill is not just a massive piece of rock.

Flora, fauna and wildlife aside, it is home to achingly breathtaking views.

Warm ponds of water heated by some hidden energy coming from deep down in the earth.

Caves with shimmery crystals still attached to the rock.

Shan, the resort security manager who was part of the welcoming party, echoed these sentiments.

“The owners of the land, the Sunway Group, have done a fantastic job in preserving nature for future generations.

“We have guests from all over the world. 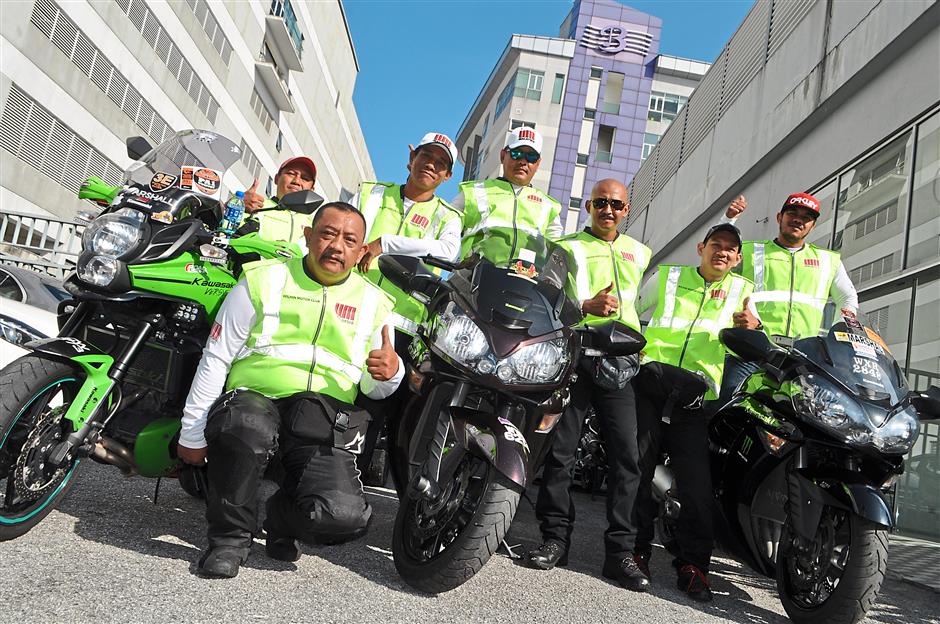 Keeping the convoy intact were members of the Wilhin Motor Club, who acted as arrowhead and sweepers during the ride.

“When they go home, they carry forward our message of sustaining nature”.

On this trip, guests were treated to feet-soaking sessions in the hot spring pools, test drives in brand new Mercedes E250s and cave exploration trips.

The highlight of the day was lunch in Jeff’s Cellar, a fine-dining restaurant set within a 250mil-year-old limestone cave.

In the small town of Tambun, this food outlet is perhaps the only place to boast a Michelin-star chef in Felix Episser.

For this event, the Swiss chef created a four-course meal featuring foie gras on grilled wagyu beef and cod fish with crustacean foam.

Starring in the dessert was the town most famous fruit — pomelo sacs with lemon parfait.

Coffee and biscuits ended the meal on a sweet note. 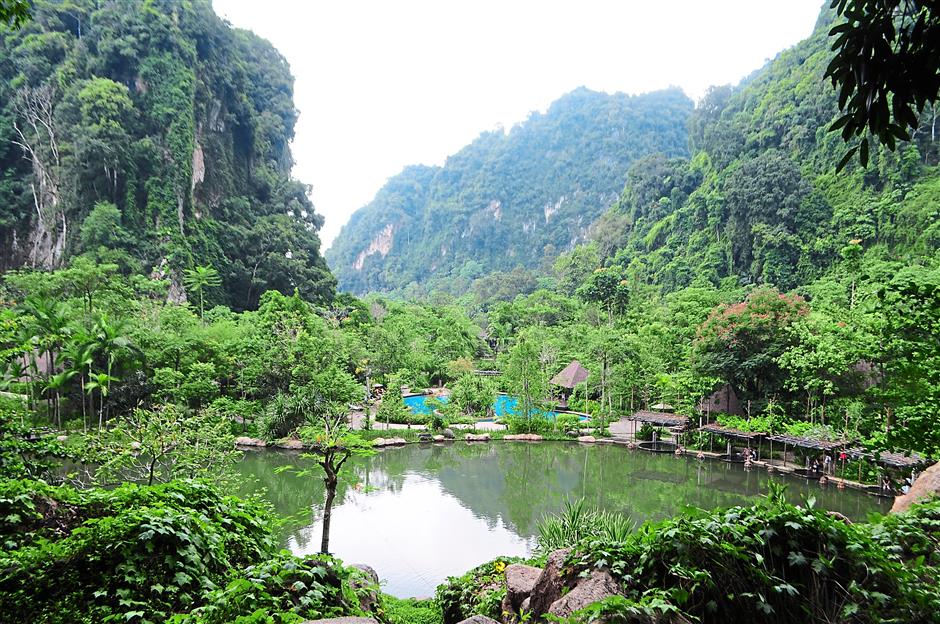 Pristine beauty-20 years ago, a public pool managed by the town council allowed visitors to enjoy the hot spring phenomenon in Tambun. It fell into a state of neglect over time only to be restored to its natural glory by the Sunway Group when Banjaran was built in 2010.

It was a happy day for everyone. Five-star service all the way, with all our needs and wants seen to.

One guest who had a vivid imagination was even heard remarking how a crystal-filled cavern reminded him of Ali Baba’s cave of treasures.

“We wanted to give our loyal MaxisOne Club Elite customers a unique experience,” said Maxis head of consumer business Dushyan Vaithiyanathan on the choice of destination.

To qualify as a MaxisOne Club Elite member, simply apply for a postpaid plan, have an average monthly spend of no less than RM 500 and make sure to pay your bills on time for 12 months.