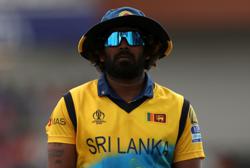 Resonating: 24 Seasons Drum troupe made up of students from SMK Seri Kembangan delivered an energetic, fast-paced performance on a set of 24 drums during the International Performing Arts Festival 2015 organised by MPSJ at One City Mall, USJ.

THE beat of drums, tapping feet and vibrant music filled the air at the International Performing Arts Festival 2015 held at One City Mall, USJ.

Organised by the Subang Jaya Municipal Council (MPSJ), the event featured six acts from countries such as Malaysia, Japan, South Korea and Sri Lanka, who performed to a 300-strong crowd of residents and shoppers with a colourful showcase of cultural music and dance.

The show was also supported by the Selangor Buddhist Development Council, Subang Jaya Community Development Centre and One City Mall.

MPSJ president Datuk Nor Hisham Ahmad Dahlan said the festival was a good platform for the public and residents of Subang to appreciate arts and culture.

“We want Subang Jaya municipality to be known not only as economically vibrant, but also one that values the uniqueness of art and culture from different communities,” he said, adding that it was also in line with the state government’s Visit Selangor Year initiative to promote tourism in Selangor. 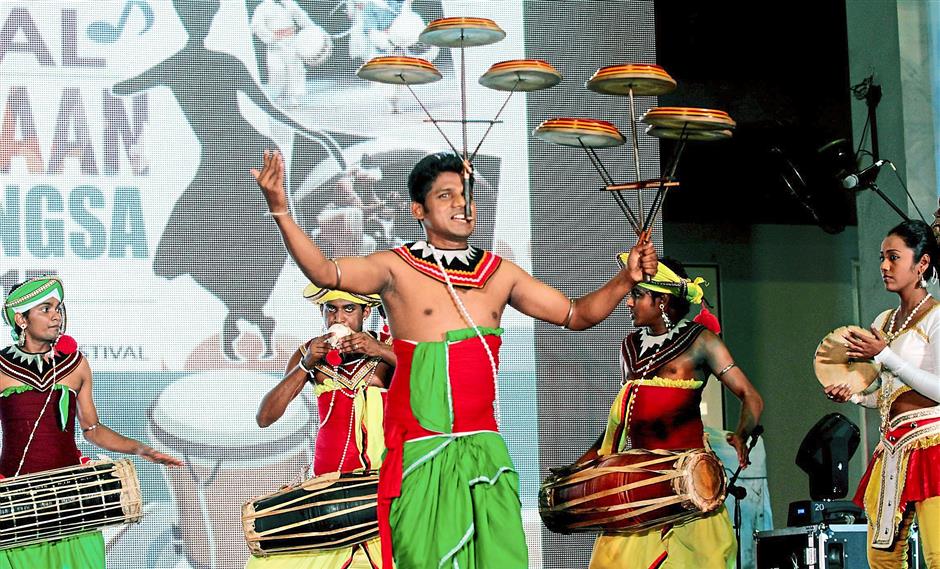 Amazing stunt: A member of the Sri Lankan Arpeggio Music and Dance group wowing the audience by balancing plates using his mouth and hand while being accompanied by traditional drummers.

Dressed in bandanas to match their red-and-white costumes, the troupe delivered an energetic and fast-paced performance on a set of 24 drums, each signifying an agricultural season within the Chinese calendar.

Wearing sashes of red, white, yellow and blue around their waists, the performers wowed the crowd with their perfectly synchronised movements. Reverberating: Buddhist monks from the Mie Prefecture in Japan playing the Taiko, or ‘big drum’, a traditional Japanese drum performance.

With a flick of their heads, the streaming white ribbons on their wide-brimmed hats were twirled in a manner similar to those seen in rhythmic gymnastics.

Usually played during the harvest season, at weddings and other large ceremonies, the dikir barat comprises a tukang karut and tok jora (storytellers) who are accompanied by singers.

The performance uses play of words and various Malay literature elements (pantun and syair) to tell a story.

Next up was the Arpeggio Creative Drama and Dance Group from Sri Lanka, who presented a drum symphony in traditional attire. Testing, testing 1,2,3 ... : (From left) Nor Hisham together with MPSJ councillors Loka Ng, Jaberi Ami and Norzaihan Ismail during the opening ceremony.

The show was accompanied by a traditional dance, often seen at the renowned Kandy Perahera procession in Sri Lanka held every year in August to honour Buddha.

The academy also teaches underprivileged boys and girls who wish to learn dancing and music for free.

From the Land of the Rising Sun was the Taiko Drum performance by Soto Zen from Mie Prefecture, Japan.

Taiko literally means “big drum” and the performance was conducted by Buddhist monks, who started it off with soft and harmonious chanting and bells. As the show progressed, the ground seemed to tremble as the performers showed off their intense movements filled with power and grace.

The night ended with a bang with a banghra dance from Malaysia, which enraptured the audience with energetic movements and colourful costumes. To spice things up, the show was done with a modern twist in the form of pop music accompanying the performance.

Senior bank manager Irene Wong, 30, was among the crowd at the festival with friends.

“The shows were good but they could have had better publicity so that more people would get to know about the programme.

“I hope they will organise more in the future,” said Wong, who lives in SS14.

Another audience member, Y.P Lim, came to watch the show after seeing banners in her neighbourhood. “I like all of the performances and it was very eye-opening,” she said. 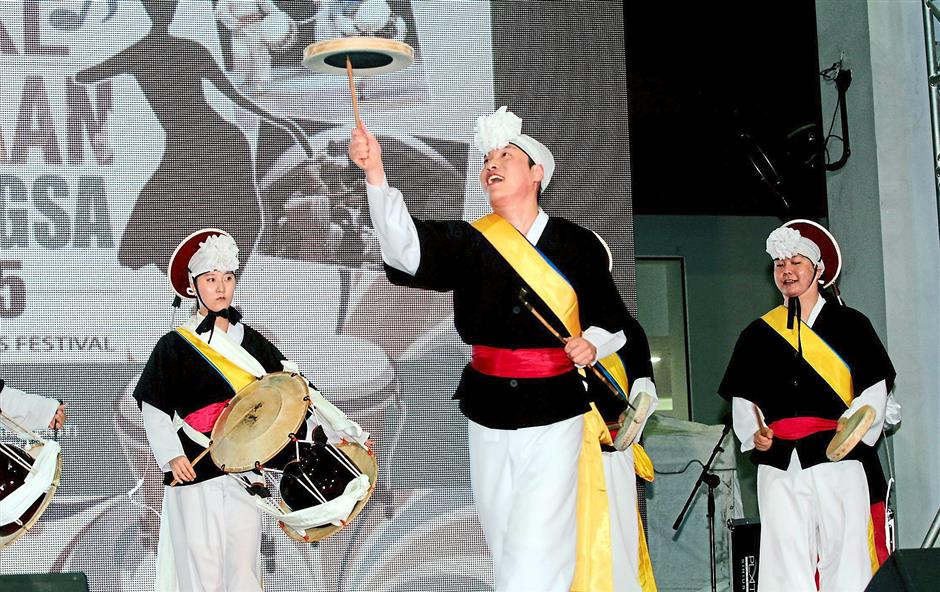