River reserve to be turned into burial ground, says MBPJ 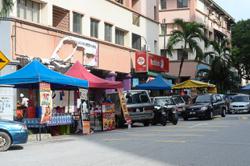 THE Petaling Jaya City Council (MBPJ) has allocated about RM2.15mil to convert one portion of the PJS4 river reserve into a Muslim burial ground, which is estimated to be ready by September this year.

In a statement issued to StarMetro, the council said the move was also to curb illegal activities along the riverbank.

MBPJ was responding to StarMetro’s front page story on the decade-old problem of illegal dumping by the truckload into Sungai Kelang from Petaling Jaya Selatan (PJS).

An MBPJ spokesperson said the illegal dumping, believed to be the work of a group of gangsters, had reached alarming levels and the group had even started harassing legal waste collection operators in the vicinity to use their services.

Amal Image Resources Sdn Bhd was appointed by the council to work on parcel A and the work scope included clearing the land, earthworks and installing hoarding and drainage.

The contractor in charge will also build a temporary driveway to the location, carry out mechanical and electrical works, build fences, walkways, road kerbs and carry out landscaping works.

The council also revealed that about 701 tonnes of illegally dumped construction and domestic waste were cleared from the site last year by the council’s Solid Waste Management and Public Cleaning Department.

There had also been collaborative efforts between the Petaling District Land Office, Selangor Water Management Board (Luas) and the Drainage and Irrigation Department to carry out enforcement to curb the illegal activities at the river reserve of Sungai Kelang.

MBPJ added there should also be continuous enforcement by the Petaling District Land Office.

Among the measures taken by MBPJ were to dig a large hole by the PJS5 riverbank to hamper the lorries from entering the site as well as demolishing the illegal structures, including a recycling centre, by the riverbank.

The council did not reveal plans for other locations that were affected by the illegal waste dumping along the river. 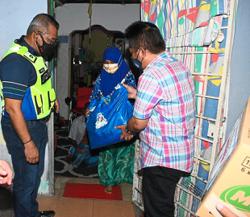