Not forgotten: Sai Jaya Raj Anthony, better known as DJ Headmasta, lost his life while on a trek to Nepal but his memory lives on as his friends and family get together to help raise funds for other victims of the Nepal tragedy tonight.

LANGTANG Nepal Relief/Assistance, a very special fundraiser, will be held tonight in memory of DJ Headmasta, also known as Sai Jaya Raj Anthony, who lost his life while on a trek in the Himalayan regions of Nepal as a tragic result of the recent devastating earthquakes to hit the country.

Headmasta was last seen in Sunrise Guesthouse in Kyanjin Gompa, just past Langtang Village, about 130km north of Kathmandu, on the morning of April 25, 2015.

The village is regarded as one of the worst-hit areas in Langtang.

Raj was trekking, one of his best loved hobbies, when the disaster struck. He had been on a six-month holiday with friends and had visited India before heading to Nepal.

Raj’s body was recovered but his soul rests forever within the Himalayas.

Friends and family have dedicated this fundraiser to him, and the funds will be donated, in his name, to the people in need in Langtang, as that would be his final wish.

The fundraiser is targeted at the survivors and relief workers specifically in the Langtang region of Nepal.

There are still many in Langtang who are in dire need of basic supplies for survival such as food, water, shelter and they are in critical need of help.

The fundraiser will be held today from 7pm to 11pm at Havana Bar & Grill, Changkat Bukit Bintang, KL

Entry by donation of RM20.

All funds/donations collected shall be distributed at the absolute discretion of Raj’s family and friends through the Malaysian Embassy in Kathmandu.

Note: No table bookings. Please bear in mind, tables may be booked in advance by regular Havana guests from 11pm onwards.

In The House would like to convey our deepest sympathies and heartfelt condolences to Raj’s family and loved ones. He will be missed in the KL clubbing arena. 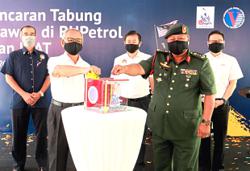