Not just for the kids

SAY the word “toy” and what comes to mind are playthings for children.

From vintage collections older than some of the visitors to lots of accessories, figurines and action figures, there was certainly a lot going on at the event.

Organiser Wan Muhd Aznan Wan Azmi said the event had 200 booths, taken up by 26 collector clubs and a number of vendors. 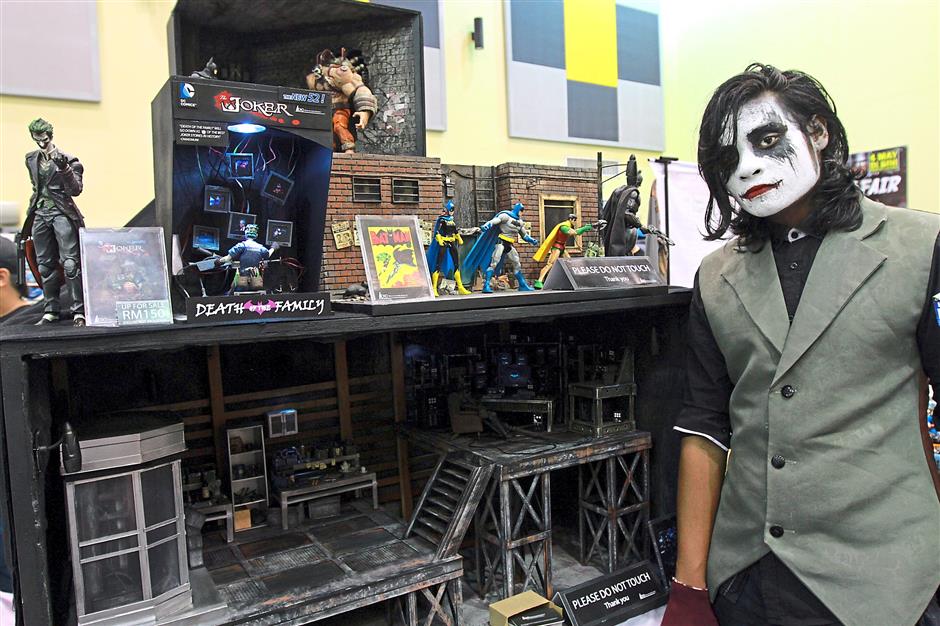 Big fan: Ziman, dressed as the Joker, says he became a Batman fan after his father introduced him to the character.

“The clubs are here to display the jewels of their collections. Some of the items they brought are really old, making it a treat for fans.

“As for the vendors, the items brought are new and authentic,” he said, adding that this was the second time he had organised the event.

It has been three years since Wan Muhd Aznan last organised it and it was one of a kind in Malaysia.

“I organised the first one because we did not have such events here and I thought it would be fun to be able to see the many different collections out there. This event came about because there was still no one who wanted to organise similar events,” he said, adding that they had to pay for the event as they were unable to secure sponsors. 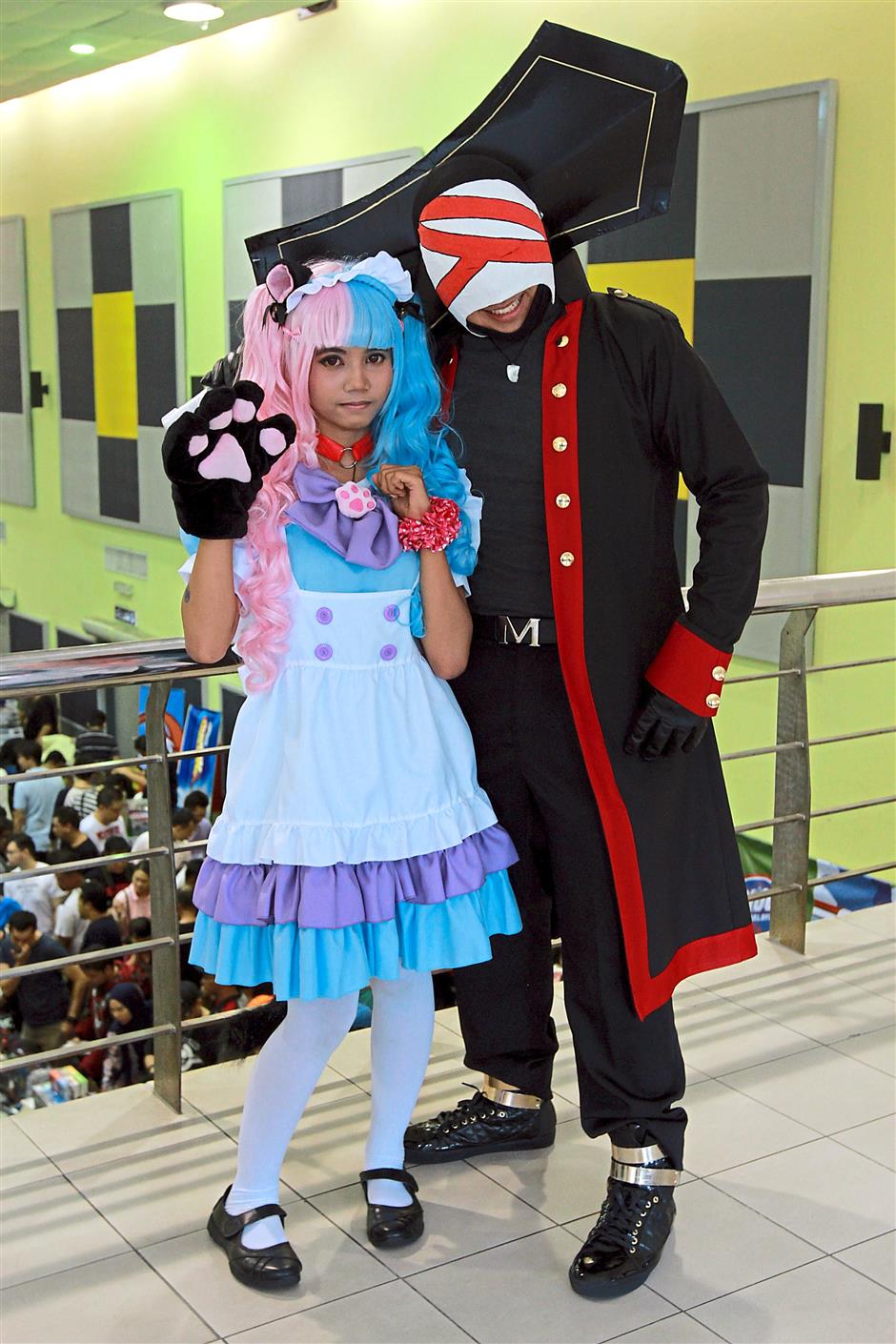 Dress up: Two cosplayers, including the original character Candy Maid (left), hanging out while waiting for the competition at CTFKL to start.

The entrance fee of RM1 for every adult would go to charity.

Wan Muhd Aznan also said that the estimated worth of all the items brought to the event was RM250,000.

“A collector gets his joy from many aspects of the hobby, from seeing rare items to being able to complete a collection.

“But one thing is certain, items never decrease in value,” he said, adding that increase in value of collectors’ item could be anywhere between 300% and 500% within five years. Tiny town: A miniature town with moving trains and buses attracted a lot of admirers at the festival.

Collector Mohd Fairuz Taib, 32, was there with his club which was into Super Sentai with prominent characters such as the Power Rangers, and the Ultra and Kamen Rider Series.

“The variety is amazing. It is pretty hard to get so many collectors together like this, so I’m really excited.

“It’s my first time to this festival. I also hope to be able to do some trading here,” he said.

There were also many who brought along their families as in the case of Fera Wong, 36, who came with her husband and son. 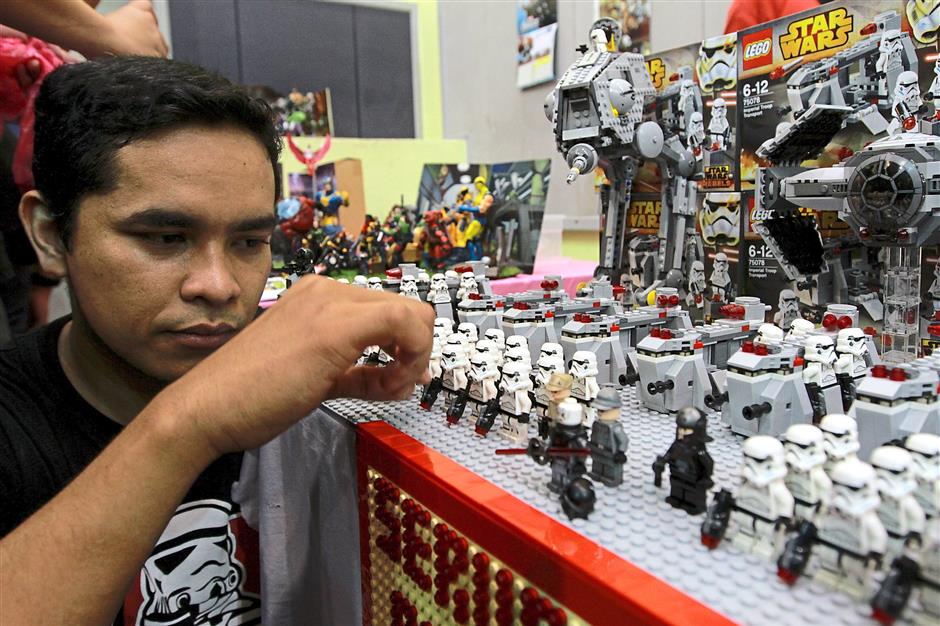 “They both love Transformers and my son is finding a lot of things he likes. I think this event can be better if it is in a larger venue,” she said.

One of the most eye-catching booths was manned by Mohammad Zimanariffin Mohd Razak, better known as Ziman, and featured a diorama of the Bat Cave, complete with a Batman figuring at the multi-screen console.

“This took me about three months to complete. I probably could have completed it earlier but I had a lot of other work to do as a student. I became a Batman fan after being introduced to the character by my father,” said the 20-year-old arts and design student dressed as the Joker.

Various other activities, including the super popular freebie giveaway and a cosplay competition also helped to keep everyone’s spirits up. Shutterbugs: Photo snapping of everything and anything the way to take home a souvenir from the festival.

One cosplayer, who wished to be known as Subaru Neko, came as an original character called Candy Maid.

The pastel-coloured outfit, complete with two hair colours, was a vision of cuteness which was her aim.

“This will be my first time participating in a competition and I hope that my cute style will win over everyone. I like cosplaying because it helps me relieve stress. I just feel like a completely different person when I cosplay,” said the 19-year-old from Malacca, adding that she had worked in a maid cafe previously.

The one-day event took place at the Datuk Keramat Sports Complex from 10am to 6pm. 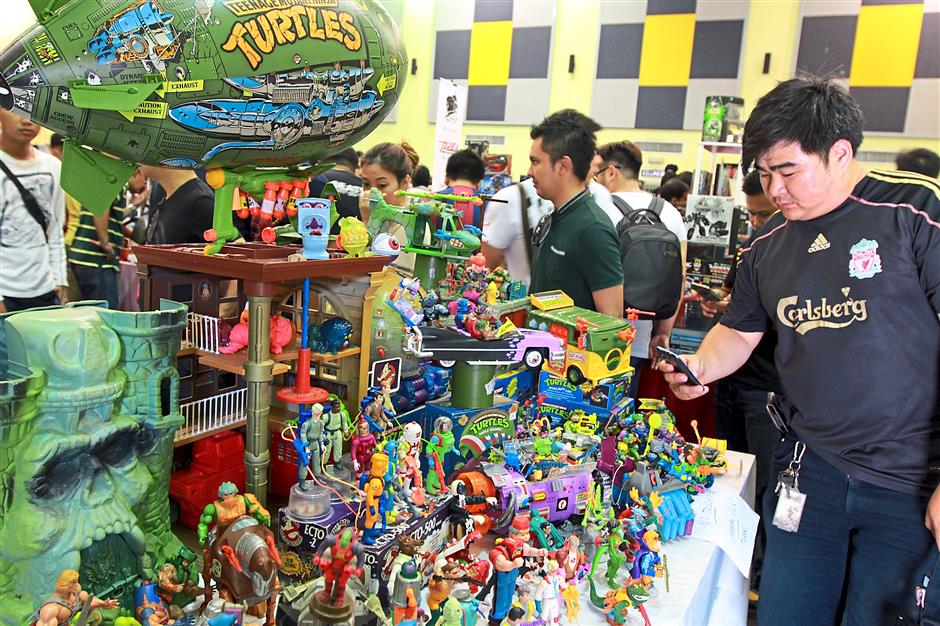