SIBU: A mural painting depicting an olden days’ coolie at work at the wharf is set to spark for four more of such work in the streets here.

This first painting at the riverfront of Jalan Khoo Peng Loong was completed in less than a week ago by a well-known local artist, Timorthy Wong.

This first street art reflects the early days of Sibu of the 1950s and 1960s periods where dock coolies were a common sight at the wharf, carrying and loading goods to and from express boats.

Chairman of Sibu Municipal Council, Datuk Tiong Thai King in speaking after launching the painting yesterday said they had projected to do four to five more of such art in the town.

“We are still negotiating with premise owners. Once they agree, then we will start soon. All these paintings need to be completed by end of this year as we are gearing up for Visit Sibu Year 2016,” he said. 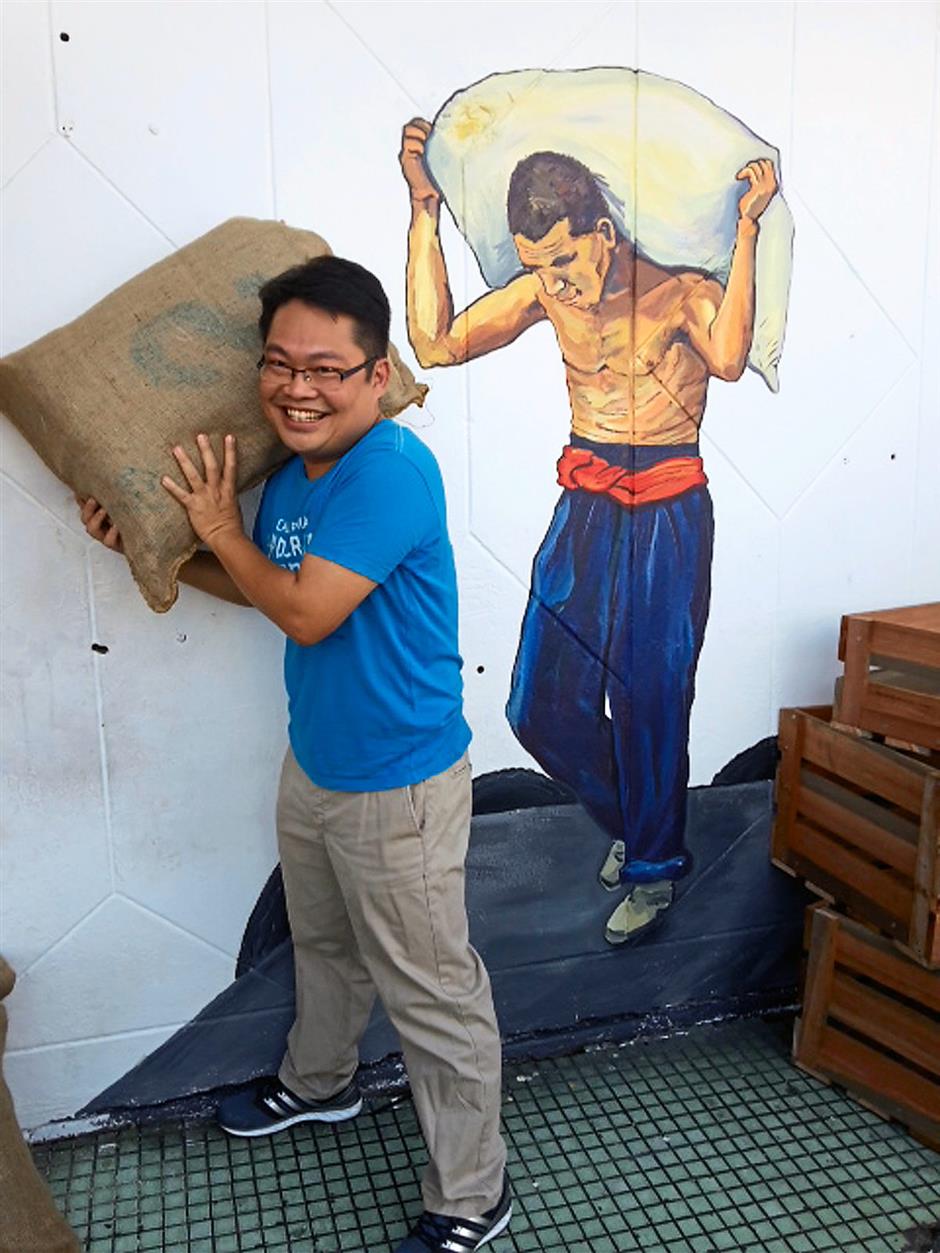 Catchy: Wong acting like the coolie in the mural painting on a shophouse at Jalan Khoo Peng Loong.

Tiong said with this paintings, they hoped not only to attract more tourists to the town but also for them and local to remember Sibu.

Some of the paintings would also show the multi-racial and multi-culture of the town.

Tiong said the painting including the new ones are sponsored by private companies.

The paramount Chinese community leader of this town, Temenggong Lau Lee Ming who is the first sponsor of the painting, hoped the people would help to keep away vandalism of the painting.

“We spent money for this painting. I hope it will not be subjected to vandalism. I don’t want to see people who try to be smart by doing something bad to it,” he said.