The ugly side of poster war

He said that their damaged and destroyed billboards had been discovered at many different locations since Tuesday night.

“From the start of our campaign, Barisan has admitted that we are the underdogs.

“We did not expect our rivals to take such an overly aggressive action, which is not in the spirit of a clean campaign,” Teng told a press conference at the Barisan command centre in Bandar Perda, Bukit Mertajam yesterday.

Penang Umno chairman Datuk Seri Zainal Abidin Osman also said that a large number of Barisan’s campaign posters and banners that were put up had been destroyed. 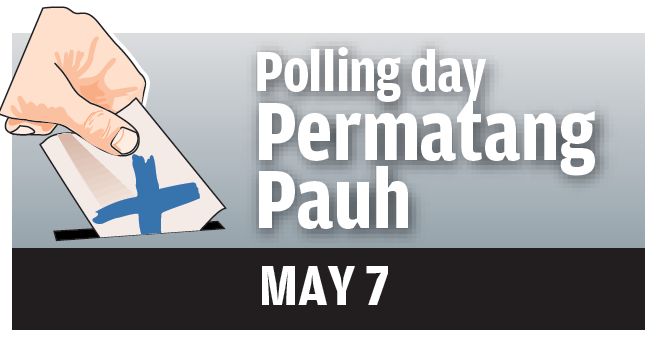 He said they had the permit to place these posters and banners by the roadside, and they did not obstruct traffic.

Many have been torn or splashed with paint. These acts are outside the norms of rational-thinking people. We are disappointed as we have been campaigning in a decent manner, and have not even reacted despite so much provocation,” he said.


Zainal Abidin added that they were unable to repair the banners or print more posters as yester-day was the final day for campaigning.

Teng also said that the Chinese community in Permatang Pauh was largely more concerned about GST compared to the PAS hudud issue.

“They would like to know how the Barisan candidate could help them and how the Federal Government was going to rectify whatever weaknesses within the GST system,” he said.

“We expect a lower voter turnout in Permatang Pauh compared to the last general election. Voters who are out of the state may not find it necessary to come back and vote.

“They may feel that whatever the results, it may not alter the political structure of the country. Barisan is not going to get a two-third majority (in Parliament) out of this (by-election) and Pakatan Rakyat is not going to form the Government if they win.

“So it is rather insignificant to the political structure, hence the urge to come back to vote may not be as strong as during the general election, which is held to determine which party forms the Government.”