WITH less than 36 hours before polling day, Permatang Pauh by-election candidates are going about their campaigning at full steam ahead.

Deputy Prime Minister Tan Sri Muhyiddin Yassin and ministers such as Datuk Seri Liow Tiong Lai and Datuk Seri Dr S. Subramaniam together with the top leaders from both coalitions have also been seen going to the ground in an effort to get more votes.

Suhaimi was spotted visiting the Seberang Jaya market as early as 8am yesterday to distribute flowers to women. He was also present at a voter’s house in Penanti to help clean his house other than conducting walkabouts and reaching out to voters through dinner events and the nightly ceramah.

On the same day, Wan Azizah attended activities such as a health screening, a mini family carnival, hi-tea, walkabouts, dinners and ceramah to get near to the voters.

The other two candidates — Azman Shah Othman from PRM and independent Salleh Isahak — may be a little low profile as they keep mostly to themselves.

The mass media is not kept informed of their campaigning activities.

There are some 71,000 voters, or about 4.4% of Penang’s 1.6 million population in Permatang Pauh who will cast their votes this Thursday.

A total of 549 early voters comprising 87.6% of the 627 eligible voters discharged their responsibilities diligently for the Permatang Pauh by-election last Sunday. Penang Umno chief Datuk Seri Zainal Abidin Osman said the Barisan team went house-to-house at night as some of the voters needed to work during the day.

“We tried to go in the morning but they were already at work. That’s why we returned at night. But, we will ensure all visits will end before 10pm as not to disturb them.

“We will hear out their problems and try to solve them as best we can. I hope the constituents will give Suhaimi a chance to serve them. He is young and energetic, unlike PKR’s candidate (Wan Azizah) who will could only spend 15 to 18 hours in Permatang Pauh in a month,” he added.

At a press conference in Yayasan Aman on the same day, PKR secretary-general Rafizi Ramli said Pakatan’s ground operation members noticed a “dramatic change” where Barisan cancelled its usual night ceramah and decided to conduct house-to-house visits at night instead. “As the visits are done in a secret manner, we have become suspicious. The Election Commission should investigate what they are doing during the night visits.”

“We urge the outstation voters to come back to cast their votes. It is not about winning but how big the win will be.

“Barisan’s Suhaimi is a shy candidate and does not say a lot. He doesn’t know how to respond to issues and would just smile when asked,” he said. 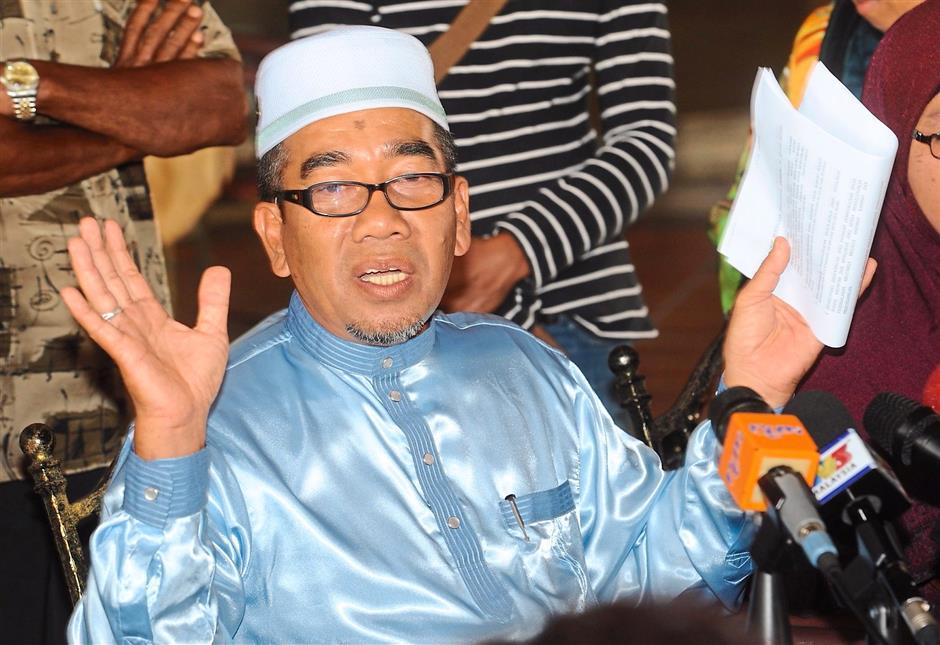 Independent candidate Salleh speaking to journalists during a press conference at the Penang Golf Resort in Bertam, Kepala Batas.