In great pain: Father Connors walking with the aid of a stick after mass.

ONE of the longest serving Mill Hill priests from Ireland, Father Thomas Connors, is retiring. A farewell mass for him has been slated for this Sunday at the Sacred Heart Cathedral here.

He would be leaving here for Mill Hill Missionary Home for retired priests in Ireland on May 14.

Connors was supposed to have retired three years ago. But due to the lack of priests at the Catholic church in the region, he has to stay on.

In fact, he told Sarawak Metro that he would like to continue but the pain on his spine and hip had taken a toll.

“I have a couple of operations on my spine five years ago in my country. I have indicated to the church last year that I would stay on until end of July this year to witness a ceremony on the completion of the church redevelopment work. But as the pain on my hip is so painful now, I have no choice but to go back to the same surgeon to decide what can be done,” he said.

Connors, 78, now hase to use a walking stick to move around. 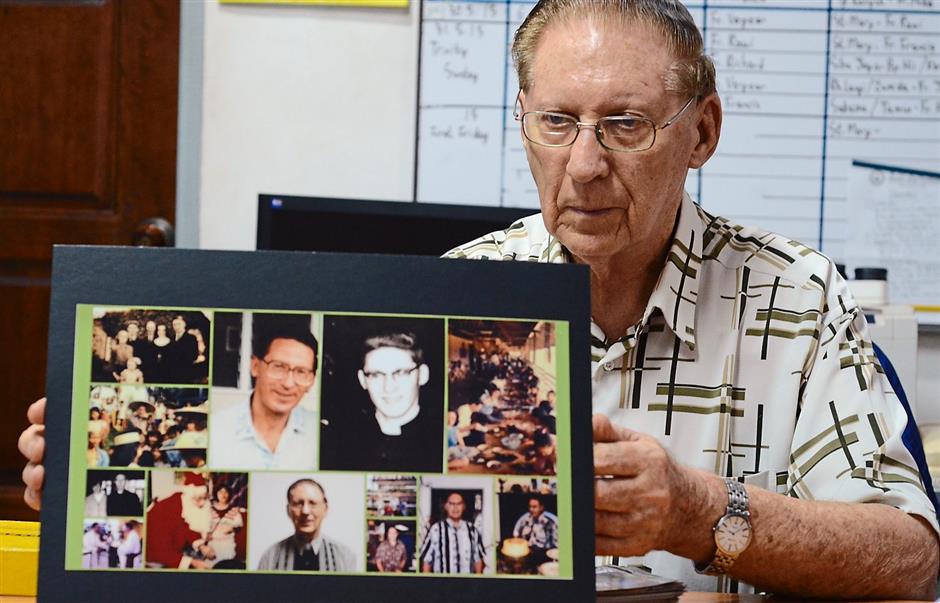 Fond memories: Father Connors holding a combo of his old photographs dating back to the early 1960s.

A committed priest, he has dedicated almost his whole life serving God. He has been in the state for 52 years, serving as a priest in the region.

Looking back on how he got into the priesthood, he said laughingly that it was a calling from God in a funny way.

“When I was a small child, our neighbours used to ask what I wanted to be when I grow up. My mother always told them that I would be a priest. As I grew older, I would just simply ignorantly said a priest when confronted with the same question. Then one day at the end of the Primary 6 schoolyear, a Mill Hill missionary priest visited our school and asked whether any of us would like to become missionaries in far-away lands,” he said.

He recalled that a few of his best friends and classmates put up their hands. “So I put up mine too. We were very excited.”

That afternoon, the priest visited his home. His parents were very happy, especially his mother who had been praying that he would become a priest.

Everything then, he said, was arranged for him to enter the Mill Hill Minor Seminary at the beginning of the new school year. 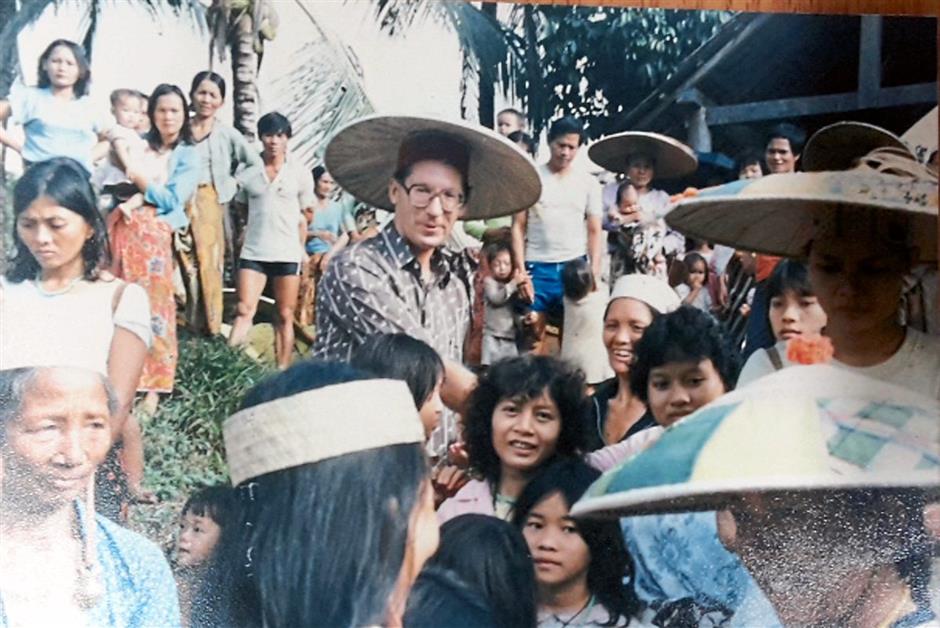 Back in school the next day, he was shocked to discover that he was the only one accepted to enter the seminary as his friends and classmates failed to show up when he was expecting them to.

“It was heartbreaking to lose all my classmates, but the prospect of going to a far-away land where it was always summer helped to overcome that loss,” he said.

After the ordination at Mill Hill, London, in 1963, he was posted to Kuching Diocese at the age of 26. After two years in the coastal region of Dalat, he was appointed to Song parish which also covers Kapit, and Belaga, bordering Indonesia.

He was there for a solid 33 years carrying out primary evangelisation among the many tribal groups, which include Ibans, Kayans, Kenyahs, Kejamans, Sekapans, Bukitans, Ukits and Punans. His years there enabled him to be conversant in local dialects.

Serving in the interiors brought him many fond memories.

One of which was the difficulty travelling into the far interior to reach the nomadic Penans. The other was on his visit to a very large Kenyah settlement after a two-day journey up the Balleh River.

During that trip while all the men folk went into the jungle in search for Gaharu fragrant hardwood, the women had to fend for themselves. He vividly remembered that the women divided themselves into four groups of 15 each, holding a spear with sheathed sword tied round their waist. He was invited by them to hunt for wildboar.

Connors looked in awe and dumbfounded when the women’s many dogs surrounded a large number of boars at the river bend. Fourteen boars were speared by the women.

“My role in the boar chase was to help carry the boar carcasses back to the boat, leaving heavy boar heads and legs behind,” he said.

It was a total change when he was transferred to town life at Sacred Heart Cathedral here in 1999. “At first I felt like a fish out of water but now feel at home in every home here. I take this golden opportunity to thank the Lord for having saved me from the cruel Irish weather and placed me in the land of eternal summer among the most wonderful people on the face of the earth, whether it be the well-to-do Chinese here in Sibu or the normadic Penans in the far interior.

“In my wildest dreams I could never have imagined a more wonderful calling than this missionary life in South-East Asia,” he said.

The eldest in the family of three boys and one girl, he said he would dearly miss all his friends here. “What to do. That’s life,” he said.

He, however, hopes that his coming operation will be successful so that “I don’t have to use a walking stick and can enjoy my retirement.”