AFTER serving the government for 40 years, Joginder Kaur Jessy had finally decided to retire last February.

Instead of feeling excited and eager to enjoy her retirement, the 60-year-old however wished that the government had extended the retirement age to maybe 62.

The mother of three grown-up children said she felt she was not ready for retirement as she was still able to contribute to the workforce.

“I miss my job, the working environment and most importantly my colleagues and friends.

“I am so used to getting up at 5am daily for work. Right after my retirement, I was automatically wide awake at the same time.

“It took me a few minutes to realise that I don’t need to work anymore, and then I went back to sleep again,” said Joginder, a former court interpreter.

She said in order not to feel sad or lonely, she tries to keep herself occupied by going out for breakfast with friends, marketing, window-shopping and catching up with family and friends. Occupied: A senior citizen exercising in a park

Joginder Kaur said when she was working, she did not have the time to go for holidays but after her retirement she has visited India and Singapore.

She had applied to become a Commissioner of Oath, and is hoping to receive the call for an interview soon so that she could set up her own office.

“Sometimes I call my former colleagues just to chat.

“I also try to meet them for lunch sometimes, or meet them at their office,” she said, adding that gardening and cooking have also helped her pass her time.

Another retiree, Victor Loh, 58, said he was relaxed for the first six months after retiring but later regretted not extending his service for another two years.

The bank officer said he had been working for 35 years, and found it boring suddenly not going to work. 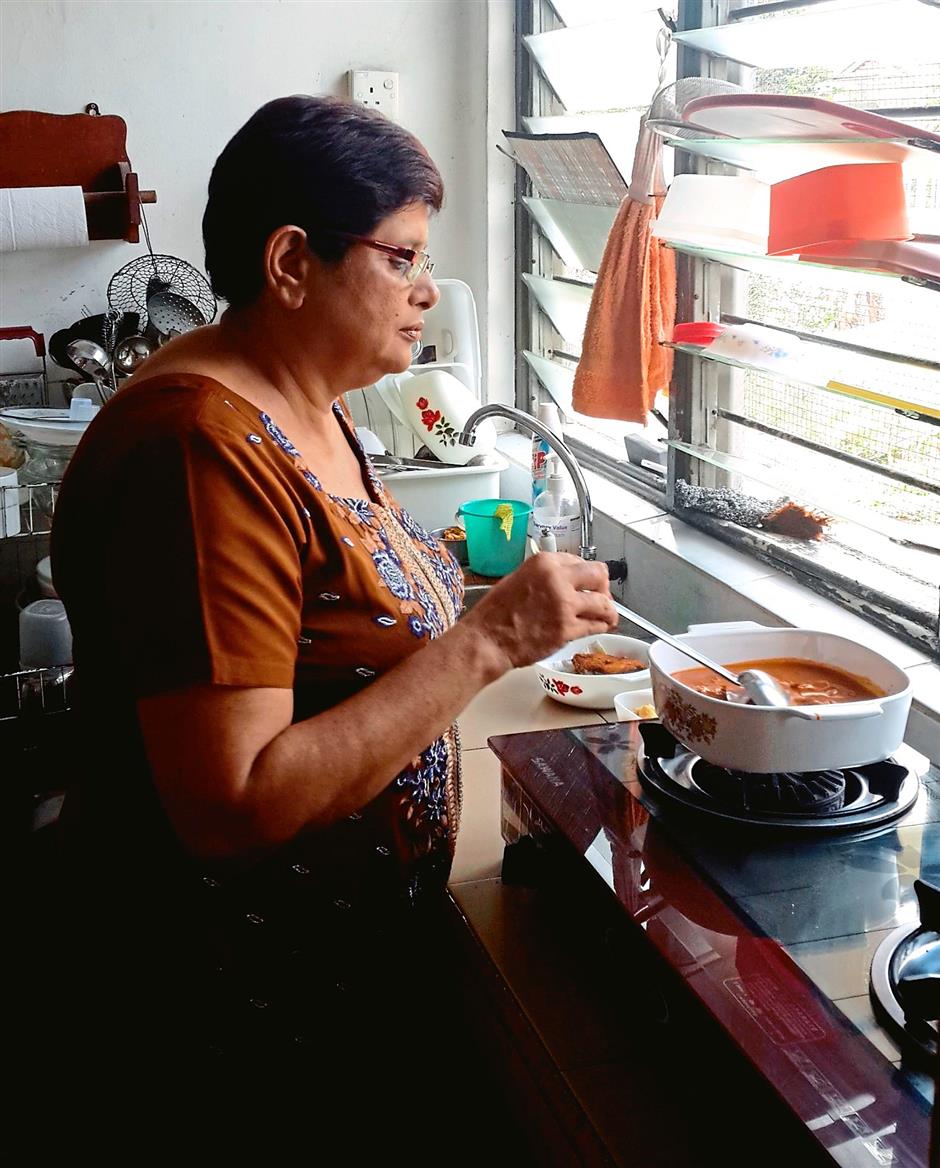 Joginder Kaur likes cooking and this helps her pass time.

“To keep myself busy, I started playing golf, carrying out social work at a temple, and meeting up with friends for breakfast.

“It is impossible for me to sit at home the whole day and not do anything. I need to keep myself occupied,” he added.

Retired nurse Mary Lim said when she first retired last year, she felt relieved from the work pressure, but that after some time, boredom set in.

The 64-year-old then started exercising, and catching up with friends.

“For the first few weeks I really missed my job terribly but eventually got used to it.

“I am keeping myself busy by helping to look after my 85-year-old mother who is bedridden.

“For the moment I cannot think of taking up another job as my mother needs lots of attention,” she added.

G. Vasu, 67, who retired many years ago, said he spent most of his time in his garden tending to his plants.

Vasu, who retired from Tenaga Nasional Berhad, said his plants were precious to him.

He said he spends his mornings in the garden and that besides helping him to keep fit, it also kept him occupied.

“Once I am done with my gardening, I watch my favourite television shows before having lunch and later a nap.

“In the evenings I usually go for a walk with my friends, and later at night I spend time with my grandchildren, helping them with their homework,” he added.