Four-storey building chosen for its proximity to current premises

Moving in: The four-storey building chosen for SK Taman Sungai Besi to relocate is approximately 10,000sq ft in size and has eight halls﻿ as well as large open spaces which will be converted into classrooms for all 1,228 students.

PREPARATIONS are in full swing for the relocation of SK Taman Sungai Besi Indah in Seri Kembangan.

The school was declared unsafe on Monday after gaping holes appeared on the wall of Block B which houses a computer room, toilet, canteen, library and classrooms for Year One to Three pupils.

The Public Works Department (JKR) had ordered the school to evacuate and said the cracks were caused by construction work at a luxury condominium project next to the school.

A school official, who declined to be named, said the move would probably take two weeks and the staff were waiting for additional manpower from the Selangor Education Department.

The new building was selected from several suggestions by the Parent-Teacher Association (PIBG) and was chosen for its proximity to the school’s current location. 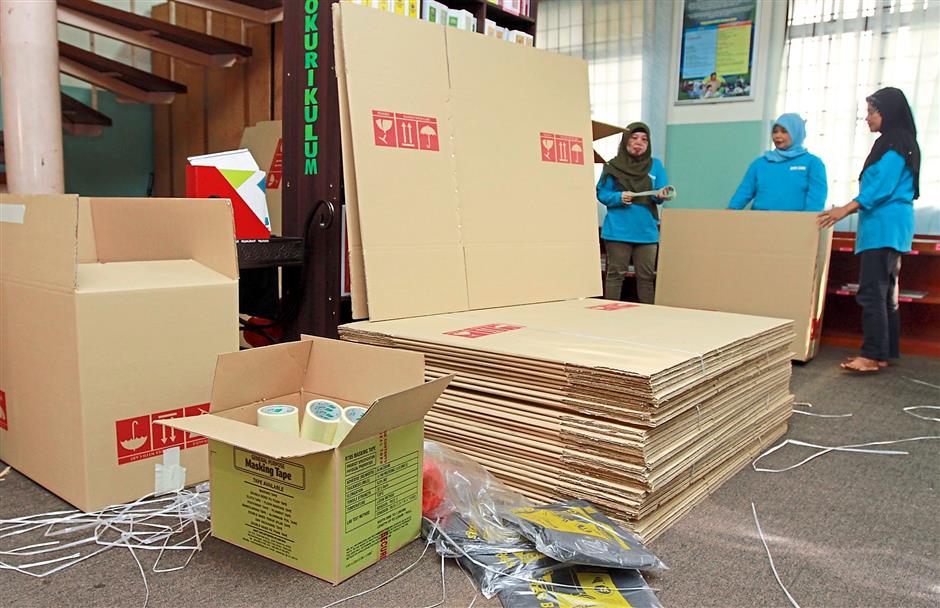 Relocation in progress: School staff packing books and files to be moved to the new temporary location 3km away.

Located just 3km away, the four-storey building is approximately 10,000sq ft in size and has eight halls as well as large open spaces which will be converted into classrooms for all 1,228 students.

PIBG deputy chairman Zaidy Idris said they were happy with the new location.

“There is also ample space to pick and drop off our children,” he said.

He added the Education Ministry had instructed that classes begin by May 5 to ensure the pupils’ education is not disrupted for too long.

“We hope the Education Ministry will look into sending more teachers to help make up for the lost time although they have assured us that there will be replacement classes on Saturdays.

“However, the replacement classes will clash with some of the pupils’ schedules as well,” he said.

Zaidy added they had not been told when they would be able to return to the school.

“It really depends on the progress of remedial work,” he added. 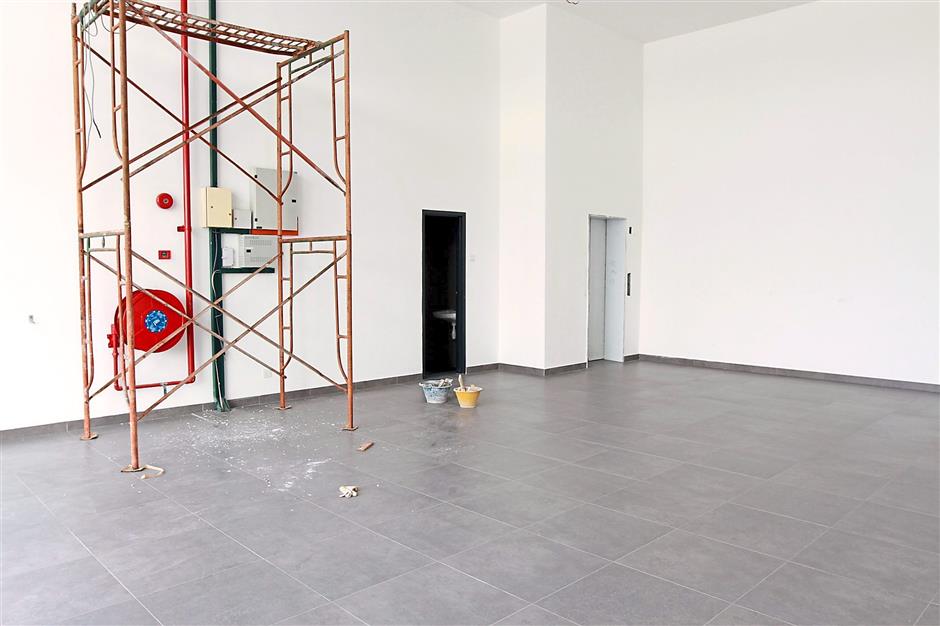 Making it accessible: Work is currently underway at the new building.

In a statement, the ministry confirmed the new building will be renovated to accommodate classrooms, canteens, labs, library and a staffroom.

Education Ministry secretary-general Tan Sri Dr Madinah Mohamad also said a notice will be issued to the developer Bludream City Development Sdn Bhd to rectify the problem as well as collect payment for the relocation costs.