Parents keep a tight hold on children when using escalators

Keeping a close eye: Most parents are really careful when taking their children to malls, especially when they must use escalators.

Ahmad Rozleen Abdul Rani, 49, who has four children aged between 12 and 18-months, said usually during the weekends his family would visit shopping complexes.

“I will carry my youngest son at all times, and only allow him to walk on the ground floor of a mall, while my wife will hold the hands of the older two, especially when using escalators.

“We never answer our handphones when we are handling the children, and would only do so when we reach safer ground,” said the technical executive working in a shipyard.

It was reported on April 4 that the mother of six-year-old Nurhayada Sofia Musa was in the spotlight after a CCTV footage of her fiddling with her phone shortly before the girl fell to her death sparked outrage among Malaysians on social media. Ahmad Rozleen: “I will carry my youngest son at all times when out shopping”.

In the minute-long footage, Nurhayada could be seen playing near the escalator on the second floor of Kenanga Wholesale City Mall with her sister and her mother nearby.

The girl was seen climbing over the banister and falling through the gap between the balustrade and the escalator.

She said during any family outings, her husband would take care of the three-year-old boy, while she would carry her four-month old baby.

“We don’t allow our son to go on the escalator alone, without any supervision, and my husband will usually hold his hand really tight,” she added.

Ashvin Jessy, 38, a business owner said whenever she took her two daughters aged five and four to shopping malls, she and her husband would either carry them or hold their hands really tight, especially when approaching escalators. 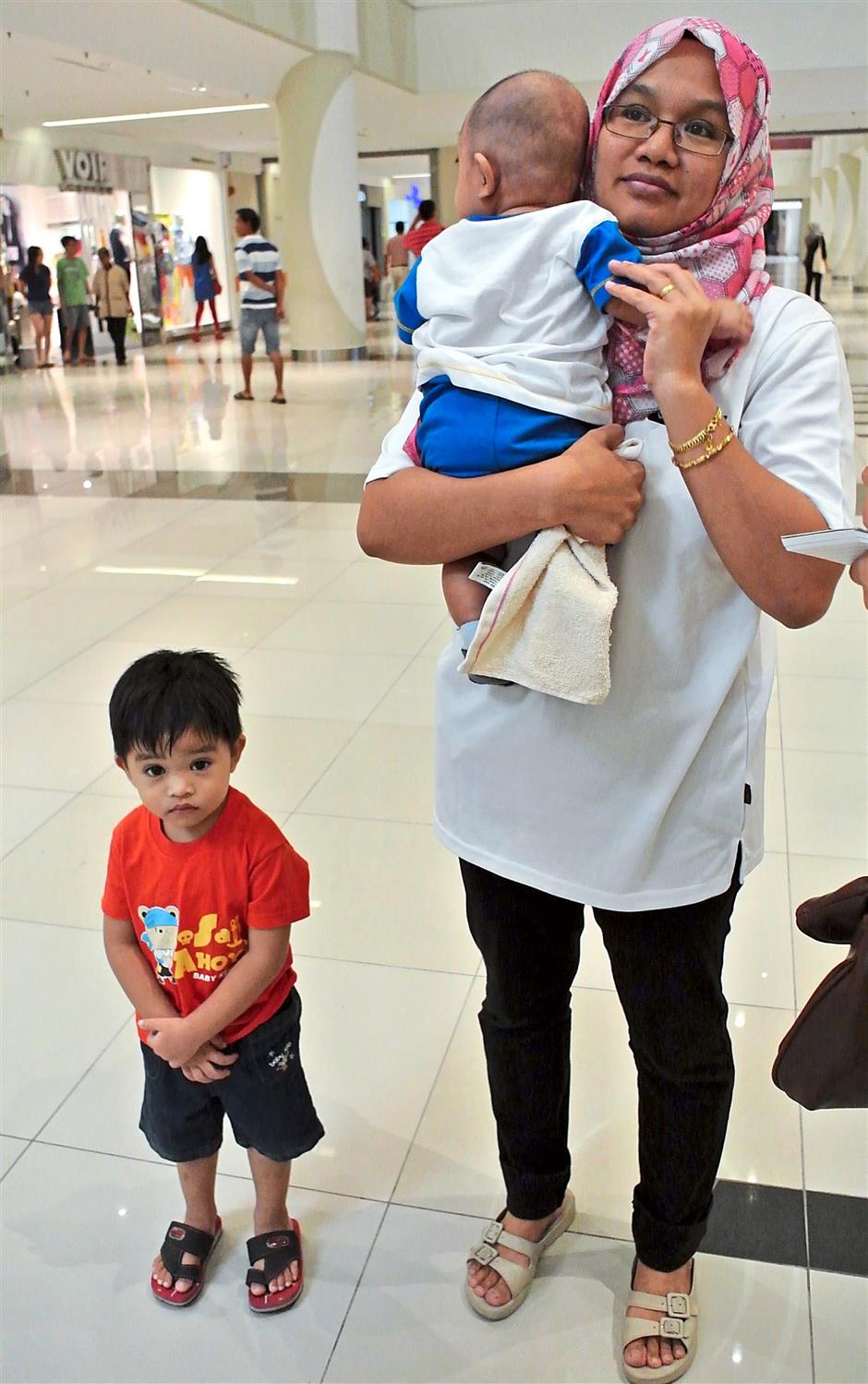 Zuriana: “We don’t allow our son to go on the escalator without supervision.

She said after reading about several cases of children falling off from the side gaps of escalators, she has a phobia about her girls using the facility.

“But my daughters like going up the escalators, so normally we hold their hands really tight.

“I feel really sad reading about some children who had fallen to their deaths,” she added.

“Call me paranoid but I am scared that I will not be able to handle her if we use the escalator, because she is hyperactive.

“Just one wrong move, and I dread to think what can happen,” she added.

Devani added that if she needed to go to the mall she would leave her daughter behind with either her husband or babysitter.

“I prefer to take her to parks where she is able to run about freely, and I need not fear about heights,” she added.