PYROLYSIS or “tyre boiling” activities continue to be a bother for Bandar Seri Botani residents despite the state government’s cease order imposed on majority of the factories last month.

“It is alright during the day, but when the night comes, so will the stench.

“I think it has become worse, despite the government’s order to halt these activities,” he told MetroPerak.

“I have sent a text message to state Health Committee chairman Datuk Dr Mah Hang Soon about the matter on Wednesday,” the retired estate agent said.

Dr Mah had last month announced that only five of 30 factories were allowed to continue their operations after they had upgraded the procedure which was to use a kiln system to extract industrial oil, carbon black and steel from used tyres.

The factory operators have been given a three-month grace period to upgrade their factories since last year or face permanent shutdown.

Ng said the problem was so bad that it had caused him and his family members sleepless nights.

“I don’t usually turn on air-conditioning in my room when I sleep.

“The air is so bad that I am forced to sleep in another room, with air-condiotioning turned on and all windows tightly shut,” he said.

“If the wind is not strong, the stench will linger on for about an hour,” he said.

Ng said he had bought a house at Bandar Seri Botani to enjoy retirement.

“It has been about two years since I moved in. It has been a nightmare,” he said, adding that he was originally from Bentong, Pahang. Lucrative business: A huge pile of tyres to be 'cooked' at one of the pyrolysis factories in Keramat Pulai. - Filepix

“We will hold a meeting with the residents soon to discuss what to do next,” he said.

“It is solely for the residents and we will not involve any political parties, as not to turn it into a political issue,” he added.

Ong said he believed there were more of these factories than the 30 mentioned by Dr Mah and these were “hidden” in interior and secluded areas. Air pollution: Seri Tasik Botani residents are fed up with the smell emitting from the nearby pyrolysis factories.

“Some of these are operating in jungles.

“I think there are about 50 to 60 of these smaller operators,” he said.

Ong said he hoped that the state government would also go after these smaller operators and not just the big companies.

“We want the government to be serious about this.

“It is an issue that affects our health and the environment,” he said.

Ong also said that complaints from residents continued to pour in and he was having a tough time explaining to them. “I’ve read about a statement from Dr Mah on allowing the five factories to continue operating after they were upgraded.

“The residents here would think that I am siding with the state government if I were the one to explain about it,” he said.

Seri Palma B Residents Association chairman Yip Wai Yin said these factories were a health concern to the residents at his housing area.

Yip said that his housing area managed to escape the smell from these factories but the residents were still worried about the chemicals and particles in the air. Health hazard: One of the pyrolysis factories operating in Keramat Pulai in a photo taken last year.- filepix

“Some of these factories are situated close to our houses.

“Fortunately, it may have been the direction that our houses are facing that the smell isn’t too strong,” he said.

“These factories are, however, still causing pollution and we hope that they can be relocated to somewhere else,” he added. 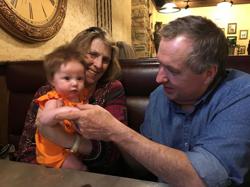