Veteran musician says he is still a rocker at heart 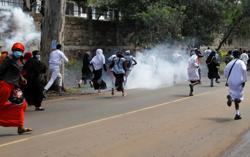 Strumming on home: Andy Peterson has been a music fan all his life.

BASSIST extraordinaire Andy Peterson’s work ethic is simple, “If I’m playing a song live, it’s my job to match the playing on the CD or make it even better.”

He was consumed by music as a teenager and would spend hours practising basslines on a guitar and hanging out with the late guitarist Terry Thadeus and childhood friend Lewis Pragasam, who went on to become the virtuoso drummer behind Asiabeat.

“I was so into playing music that I didn’t even bother sitting for my MCE exams. My dad couldn’t stop me. He knew my mind was made up. I can’t explain it. Maybe it’s a calling. Maybe it was watching The Beatles on TV,” he recalled.

Peterson then went to work at a printing press for two months so he could buy his first guitar.

“I couldn’t afford a proper bass, so I bought an acoustic guitar and practised on it,” he said.

Peterson even tried working as a waiter but left after one day because he wanted to go to a jam session.

Peterson’s sheer determination has paid off. He honed his craft with the band called The Ages, a Vernon Steele-fronted band that played Top 40 repertoire in Glass Bubble, Jaya Puri (now the PJ Hilton) and Tomorrow Disco at The Merlin Hotel (now the Concorde).

He then spent some time with the famed Carefree (before it had hits like Belaian Jiwa) before joining The Falcons, one of the country’s pioneering rock acts with singer Jerry Ventura and would-be virtuoso drummer Jerry Felix. The band went on to record music and also play in clubs in Germany.

In the 1980s, he was in the influential Asiabeat, the jazz-fusion brainchild of Pragasam.

“A lot of people think I’m a jazz musician because I played jazz-fusion with Asiabeat. I take a lot of pride in what we did musically. Lewis and I played tight. But you know, I’m a rocker. I was in a rock band called Storm (in 1990) after Asiabeat,” he said.

Today Peterson, 58, has played with Taiwanese and Hong Kong stars like Lee Hom, Jackie Cheung and A-Mei and most recently Jonathan Lee.

He has played on hundreds of recordings, including those of Datuk Siti Nurhaliza and Jaclyn Victor.

He is stumped, though, when he is asked for the names of songs that he has played on.

“I can’t remember the titles. I just do my best in the studio,” said the Singapore-born musician.

Peterson has already written material for the next album but there are no fixed dates on when it will it will be released.

“I’ll probably use the same musicians. It’s just finding the time to get everybody together and do it,” he said.

“We do a lot of blues and rock. We do stuff by Cream, BB King and John Lee Hooker. I told you, I’m a rocker!” he said.

The trio will be playing at No Black Tie in Kuala Lumpur on April 22. 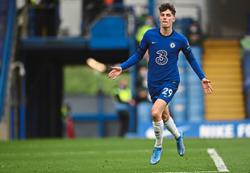