A labour of love entailing five years of research and writing in between seeing patients at his polyclinic in Ipoh, it is the story of Chinese women who immigrated to this country from the 19th century onwards and forged independent lives different from that previously in China.

More so, it tells of the courage, resilience and determination of these women in improving their lives in a new land.

Among the many interesting women featured in the book include the author’s great-grandmother, who after being widowed made the perilous journey to Nanyang with her two young children in search of greener pastures in 1892.

“I always knew that I was going to write this book while researching my earlier books.

“Part of it was also to satisfy my curiosity about my great-grandmother.

“I was curious how she made it as women immigrants, making up only 5% of immigrants at the time, were very rare,” Dr Ho said.

Describing it as a “common story”, Dr Ho said the book would serve as a heritage for descendents of the women who journeyed here to become workers.

“I feel that not enough is being documented about them and the lives they lived.

“What stories we know are mostly told to us by our ancestors, more of an oral history, which many in the present generation do not know about,” said the 69-year-old history enthusiast.

It had not been easy researching his book as Dr Ho had to give up on the idea of writing about several personalities when research about them came to a dead end.

“It is very difficult to do research on history in Malaysia as it is a subject not well covered.

“In the end, I had to rely on so many sources including an old family servant and newspaper articles,” he said.

The book launch and lecture will be held at the Symphony Suites on Jalan Sultan Nazrin Shah, Ipoh, at 3pm tomorrow. 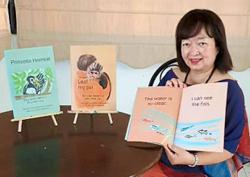 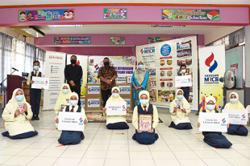