A disease that is passed down

Progression: The initial stages of DMD in a child.

Children with Duchenne Muscular Dystrophy (DMD) are born with the disease but the muscle weakness will not manifest until much later.

All levels of society can be affected. DMD is one of more than 20 types of muscular dystrophy, all of which are the result of faults in their genes that causes progressive muscle weakness.

It was only as recent as 1987 that the exact genetics of the disorder as well as the protein involved was discovered and named dystrophin.

Children with DMD often have an initial phase that may well be described as normal.

They may be active and strong till about the ages of between two and seven years old when they start becoming weaker and weaker.

They gradually find it inconvenient to get up or stand.

Body balance may also be affected with frequent falls.

It is during these early stages that the calves may seem overdeveloped and they develop a peculiar standing posture. This is called pseudohypertrophy of the calves and lumbar lordosis, which skillful general practitioners and paediatricians know only too well as a sign of DMD.

DMD is a diagnosis made both via clinical as well as biochemical means and Edward Meyron was the first to describe it in 1850 when he studied six families with affected boys.

Spinal woe: Eventually, the child with DMD ends up in a wheelchair because they no longer have the strength to walk.

Once the children manifest calf hypertrophy and lumbar lordosis, a simple blood test showing a raised level of a muscle enzyme called Creatinine Kinase (CK) would indicate muscle inflammation and it is possible to detect DMD early.

The blood test is followed by either eletro-physiological tests such as electromyography (EMG) or a muscle biopsy — all of which would confirm the lack of the dystrophin protein.

In recent years, genetic testing has become available which would detect the majority of the genetic mutations.

It is now even possible for prenatal diagnosis.

A muscle biopsy is still needed for the occasional rare mutation.

Dystrophin protein is essential for muscle strength, integrity and function, which become lost in time with DMD. 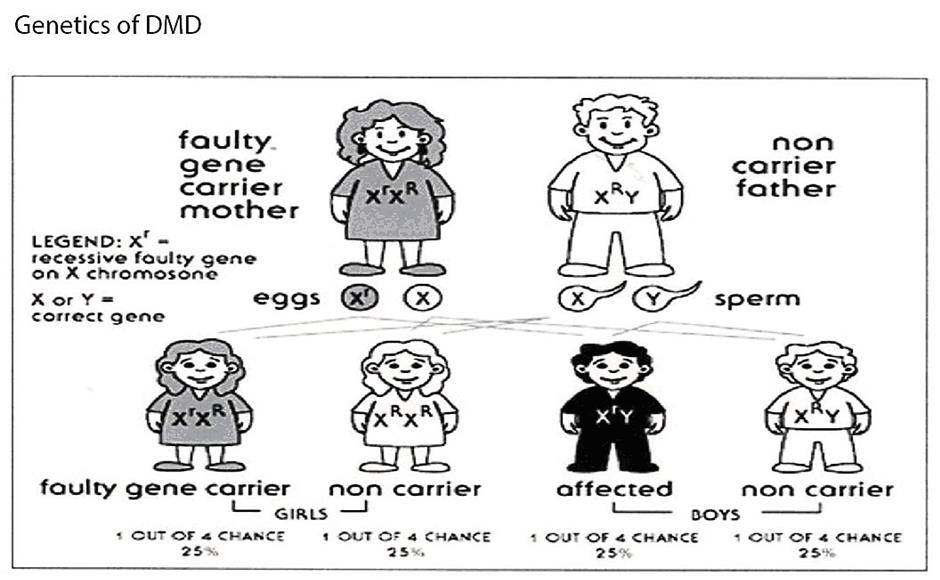 Genetic view: A look at how the faulty gene gets passed down from one generation to the next.

The protein acts as a shock absorber for muscles and the loss of which leads to muscle degeneration.

DMD, unfortunately, has a genetic basis and there is often a lot of conflict with parents and their families as it is an X-linked disorder. What this means is that usually only boys will develop the disease whilst girls may have a chance of becoming a carrier.

A carrier mother with the defective dystrophin gene passes it on to her baby.

Discovery: Identifying the dystrophin protein and the lack of it leads to muscle degeneration.

One out of approximate 100,000 genes in a human being is defective but some are more devastating than others.

And the dystrophin gene, being a large one, is the commonest muscular dystrophy in humans.

Growing up with DMD

Children between the ages of six and twelve soon find themselves unable to get up from the floor and often have to climb on furniture and perform a “Gowers” manoeuvre, which essentially is a way of getting up from the floor with the rear end up in the air first and then using his arms on his legs to climb to a standing position.

And then to avoid falling, will stick their bellies out and walk in a waddling manner.

With proper and timely treatment, most children with DMD will grow up to become very established adults.

But with adulthood, the symptoms and difficulties finally may lead to their death as they often cannot move their hands and the destruction of the muscle protein involves the heart muscles as well as the repiratory muscles.

They often become dependant on caregivers and may not even be able to cough or even speak.

Spinal curvature is almost guaranteed, as they tend to adopt a posture of comfort, which leads to spinal imbalance.

This often starts from the ages of 12 till their 20s.

Eventually these children will end up in wheelchairs, as they no longer have strength to stand and walk.

Their health progressively worsens and they become even more dependent on caregivers as well as machines.

Because they become locked in, spinal problems and skeletal deformity rapidly sets in leading to the necessity for artificial breathing machines and oxygen.

Research into therapeutic strategies for DMD has progressed rapidly over the last decade.

The development of practical gene and cell-based therapies is an ongoing process that is still in its initial stages and although promising, has yet to be declared a breakthrough.

Until these therapies become clinically available, supportive pharmacological treatments are the main weapons against the disease’s progression with rehabilitation playing a core role in reducing morbidity, increasing quality of life and prolonging lifespan of affected children.

The muscular dystrophy community is a global one with many families now linked via social network and collaborative institutions.

Early diagnosis aims to make a difference as many of the complications can be diverted onto a better path with a dedicated team approach. 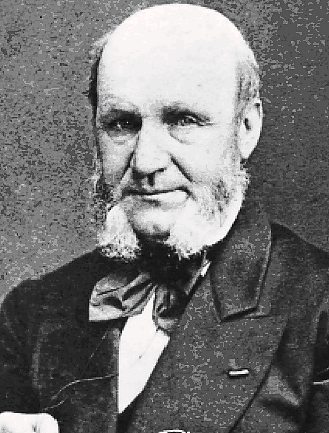 Guillaume Benjamin Amand Duchenne came from a family of fishermen, traders and sea captains in Northern France during the 19th century.

Despite his father’s efforts in getting him to follow the family’s seafaring tradition, however, it was his love of science that prevailed.

At the age of 24, Duchenne graduated in medicine but he had an undistinguished undergraduate career and as he failed to obtain an academic post, he had to return to Boulogne where he practiced privately.

During that time, his father had passed on and he had married but his wife died during childbirth.

He returned to Paris penniless and with no family as his wife’s family took his son from him.

He worked in charity clinics and hospitals and he seemed to live only for his patients, pursuing his clinical neurological studies in a very unorthodox but effective fashion.

Duchenne was a diligent investigator and meticulous at recording clinical histories and features. The absence of daily family routines gave him the time and opportunity to develop his interest in muscular diseases, electrodiagnostics and electrical stimulation.

Towards the end of his life, he was held in such high esteem that he was called “The Master” by the leading neurologists of his era.

It was largely Duchenne who introduced the painstaking physical examination and interrogation, which has become the stamp of all modern neurologists.

He died of haemorrhagic bleeding after many years of ill health leaving behind a legacy of hard work and kindness towards the sick and the needy.