Crowd-puller: People enquiring on the discounts being offered at the fair.

ABOUT 7,000 Perak Food Trail 2015 booklets recommending places to eat in the state will be distributed to tourists.

Perak Tourism Committee chairman Datuk Nolee Ashilin Mohd Radzi said the local food tourism industry was encouraging and she hoped that the booklet could further boost the local economy in the respective districts.

She said the pamphlet contained 89 restaurants recommended by the respective local and district councils.

“Most of the fare introduced in the booklet was according to its popularity in the respective areas.

“We have, for example, the ikan pekasam, the Ipoh chicken and bean sprouts and chicken rice,” she said during the launch of the Perak Malaysian Association of Tour and Travel Agents (MATTA) Fair and the booklet at Ipoh Parade shopping centre on Friday. 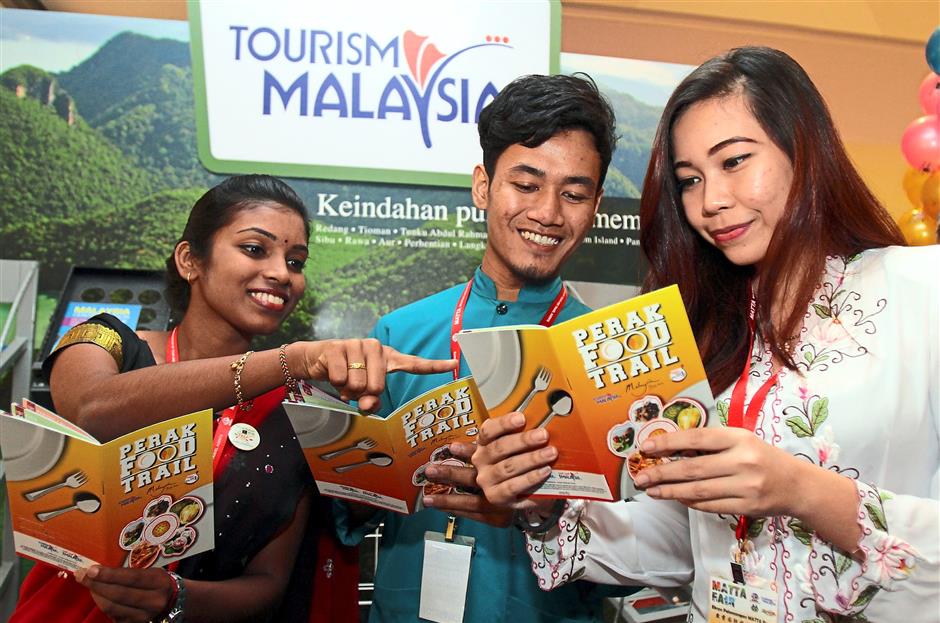 Nolee said the booklet could be obtained from tourist information centres.

“We will also place stickers at the respective restaurants that are found in the booklet,” she said, adding that this was to allow tourists to identify these eateries.

On another matter, Nolee said she hoped that the travel agencies would abolish their local travel agent fee when the Goods and Services Tax (GST) is implemented on April 1.

She said that these charges should already be included in any travel packages taken by tourists.

She noted that instead of a price increase, there should be a drop in prices with the 6% tax.

Nolee said the GST would not have any adverse effect on the tourism industry.

“We hope the taxi and bus operators, tourism agencies and the private sector could work with us to improve our public transportation.

“We want to ensure that tourists will have no problems getting to where they want to go when they visit the state,” she said.