Is it working?: (From left) Lau, Jeyaseelan and Rajendram checking to see if one of the Taman Aman Park’s exercise equipment is faulty.

THOUGH recently upgraded to become the first disabled-friendly park, Taman Aman is still not up to par, with many broken fixtures found around the park.

According to nearby residents and park goers, the main cause of the broken fixtures are vandalism and poor maintenance by Petaling Jaya City Council (MBPJ).

A check by StarMetro showed that about 14 of the 18 pieces of exercise equipment in the park were faulty.

They were either old and rusted or had come off its hinges. 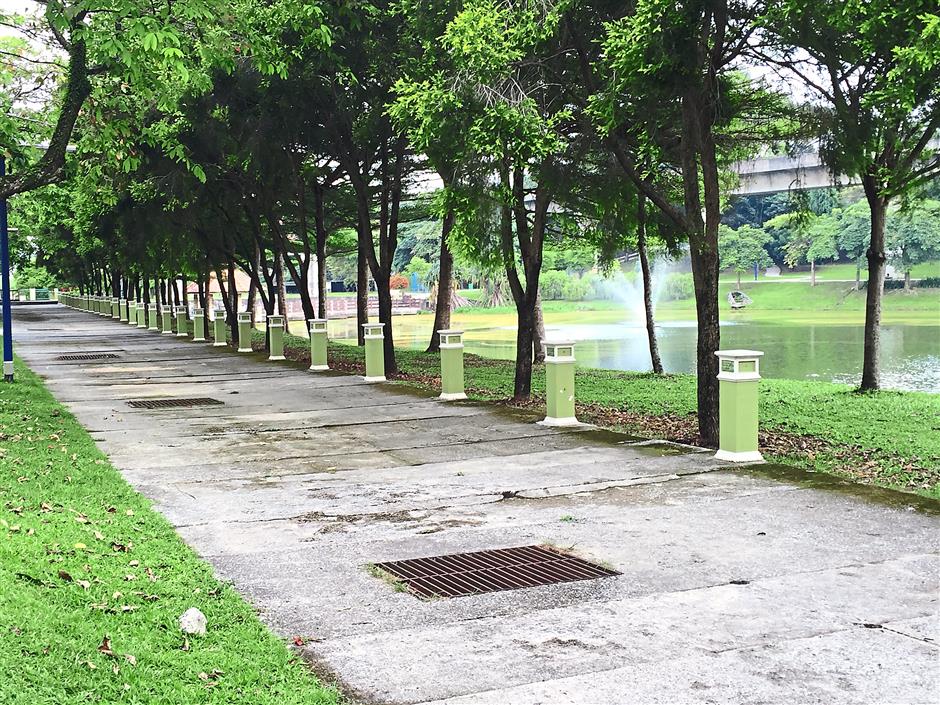 “I believe all this should be maintained properly and not get fixed only when people complain.

“We are very grateful for all the facilities and features in the park but I hope MBPJ make the effort to maintain after installing,” said Seksyen 22 Rukun Tetangga chairman G Rajendram.

He said the park was frequently visited by people of all ages, especially seniors, in the mornings and evenings.

Apart from the exercise equipment, he also received complaints from park goers about potholes along the jogging path.

These holes and cracks hold water every time it rains and poses a danger to joggers as well as people in wheelchairs.

Along the jogging path, there are also numerous drain openings, covered with metal grating.

“The drains emit a foul smell and it is unhealthy for people exercising to breathe it,” he said.

He further stressed that there were many outsiders using the park as well and urged MBPJ to be consistent in maintenance.

Some residents further proposed for MBPJ to assign a scheduled park warden to patrol the area and keep a look out for vandals.

“Quite a number of people are fishing at the lake without a permit,” he said.

MBPJ councillor Jeyaseelan Anthony said the park could be improved in a number of ways.

“I have already proposed to MBPJ to put rubber mats on the uneven jogging track to make it safer for both the disabled and regular joggers.

“We cannot cover up the drains because contractors need easy access to clean it,” he said.

He added that MBPJ had recently installed lights in the park along with five closed-circuit television (CCTV) cameras and six lake aerators. 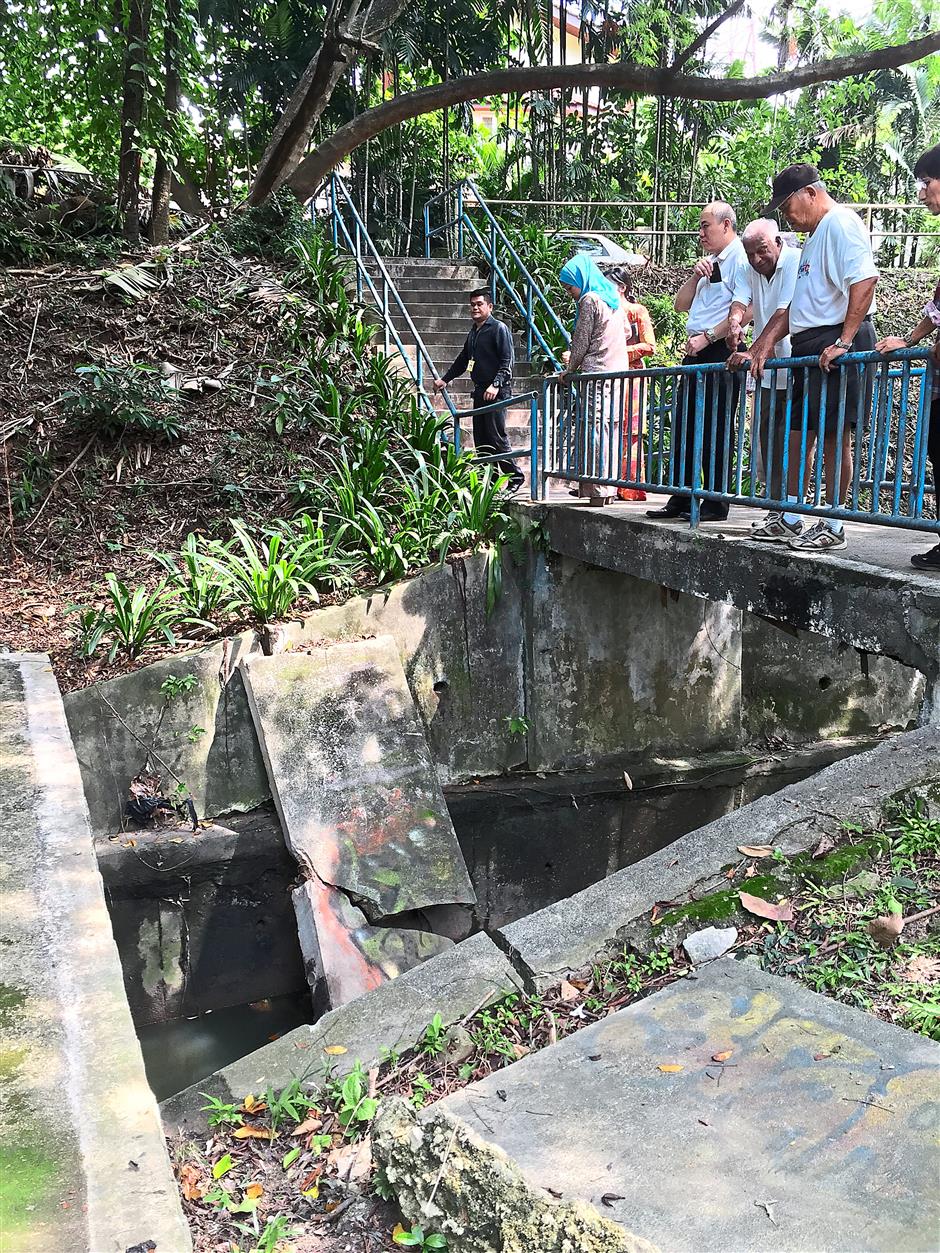 Gauging the damage: Residents looking at the wall barricade that collapsed into a storm drain at the Taman Aman park.

However, only two of the six lake aerators are working at the moment and none of the CCTVs are functioning yet.

Residents also highlighted that the lights sometimes did not switch on.

“The aerators are supposed to help clean the lake water and prevent it from stinking up the park.

“But the majority are not working now because we are waiting for Tenaga Nasional Berhad (TNB) to connect the power.

“Same goes for the CCTV cameras, there is a shortage of power supply,” he said.

Meanwhile, on another side of the park, a wall barricade between the pathway and a storm drain had collapsed.

According to residents, this cement wall collapsed about a year ago and nothing has been done to-date.

The broken pieces of the wall are still in the drain, acting as a rubbish catchment area.

“When the rain stops, there will be stagnant water on the jogging path,” he said.

He also urged MBPJ to ensure their cleaning contractors cleaned the drains often and ensure they were free from rubbish.