Dreams of flying: A young visitor to the Japan Pavilion taking the opportunity to dress up in a pilot’s uniform.

CHEAPER travel deals are one of the biggest draws for visitors to the MATTA Fair.

Vincent Anthony, 36, said the special deals meant that travelling was not exclusive to high-income earners.

“I won’t say it is dirt cheap but with the discounts, it is more affordable.

“We have decided on a beach holiday either in Krabi, Bali or Langkawi,” he said, as he tried to settle on a package with his wife, Melissa Ann. Buzzing: The 39th MATTA Fair does well with a 10% sales growth on the first day. Popular local destinations include Malacca, Selangor and Sabah while Japan and South Korea are the busiest among the foreign attractions.

Adlyn Hussin has always bought her travel packages online but decided to give the fair a go this time around.

“I wanted to get a feel of the fair as I have heard so much about it.

“Here, I can ask the tour agents in detail. Also, more tour companies are represented here.

“Online, you usually only come across the major companies,” the 25-year-old nurse from Cyberjaya said. 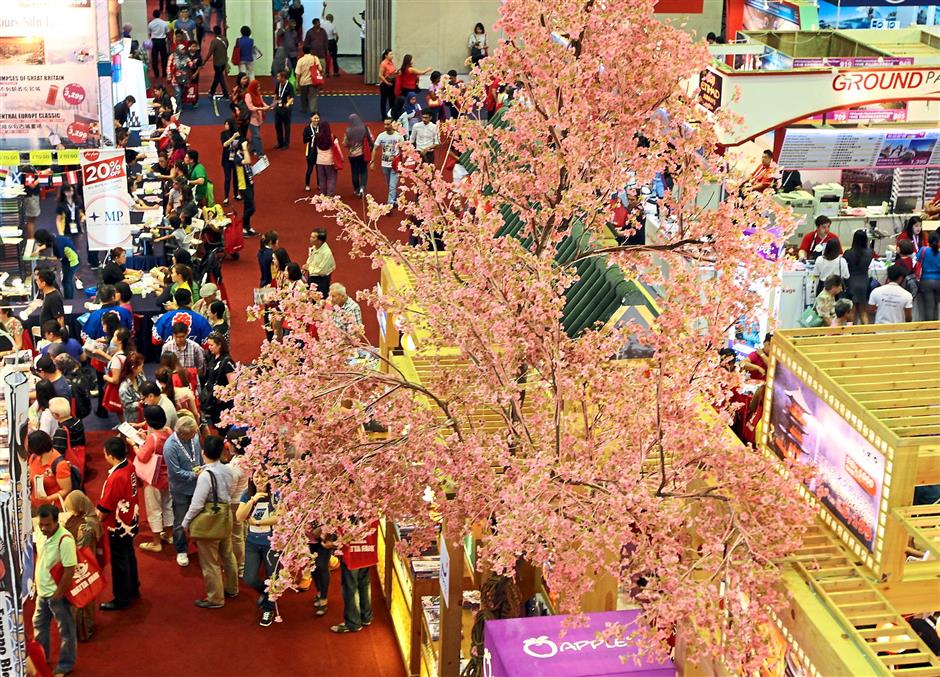 Pretty sight: The Japan Pavilion attracting the crowd with its decor, which includes a Sakura tree.

She was seen going through the brochures with her husband, Shahrizam Mohd Isa, 25, who said, “We will return for the next fair because of the good deals.”

Some visitors even travelled from other states just to visit the fair, including Peter Hiew and his family who came all the way from Kuantan.

“We go on a holiday twice a year and this time, my son wants to sponsor a trip for us.

“I think we should travel while we are still able to walk,” the 65-year-old hawker said. Glimpse of their culture: A sales promoter wearing the traditional Turkmenistan costume.

The 39th MATTA Fair kicked off to a promising start on the first day in Putra World Trade Centre with a sales growth of 10%.

MATTA organising chairman S. Jayakumar said, “We expected a 5% growth but it exceeded our expectations.

“On the domestic side, tour packages to Malacca, including the hotel stays and river cruise tours, were popular followed by packages to Selangor and Sabah.

“On the foreign front, Japan and South Korea dominated, raking in sales 10% to 12% higher than the previous fair.” 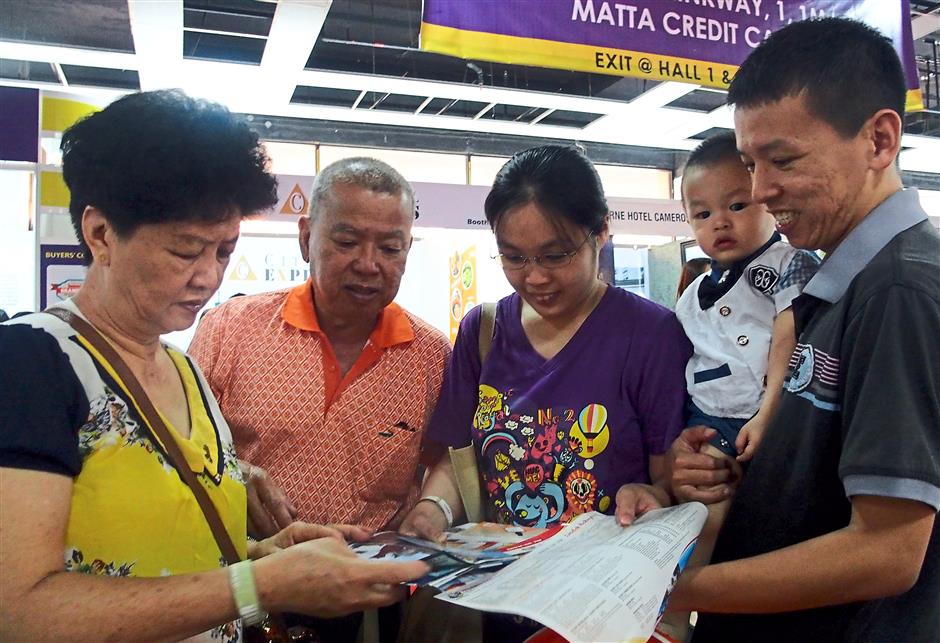 Worth the journey: Hiew (second from left) and his family travelled from Kuantan to check out holiday packages.

There was less fanfare at the international travel organisation pavillions compared to previous fairs but they still saw an endless stream of visitors. 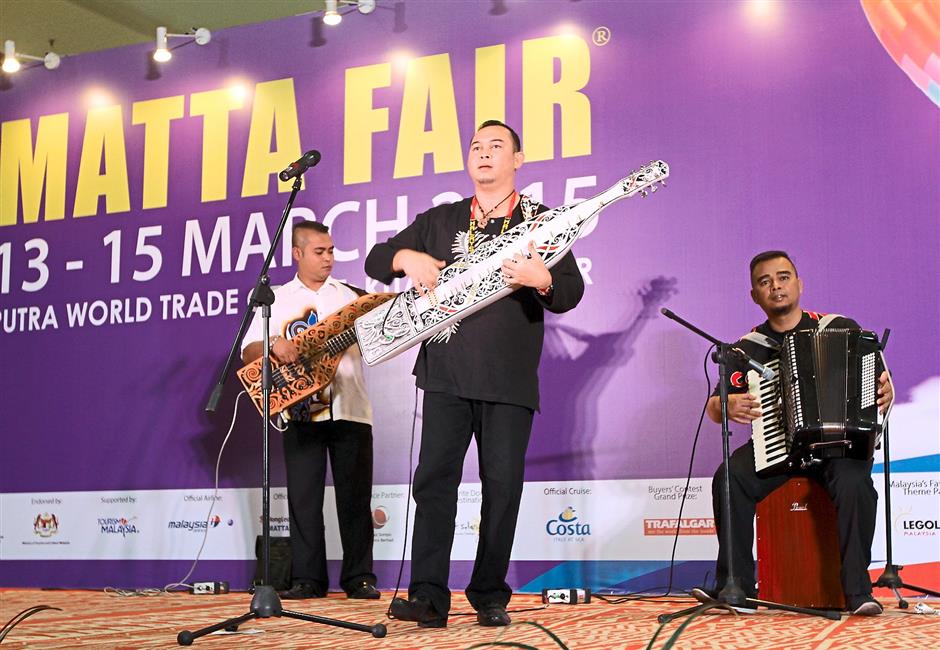 The one that stood out was the Japan Pavilion at Hall 1, especially with a faux Sakura tree at its own stage located in the pavilion.

There were kendama (a traditional Japanese toy) session and showcases from the Japanese exhibitors.

Visitors could also try on the yukata (summer kimono) and All Nippon Airways uniforms at selected times.

According to JNTO industry relations representative (Malaysia) Kimida Ishida, there were more than 20 exhibitors from Japan at the pavilion, including representatives from theme parks, public transportation agencies, hotels, and local tourism.

“Previously, we only had representatives from major cities such as Tokyo, Kyoto, and Osaka. This time around, we have reps from other areas such as Chiba, Fukuoka, Shibuya, and Hokkaido.

“Aside from travel agencies, we also have representatives from a department store,” she said. 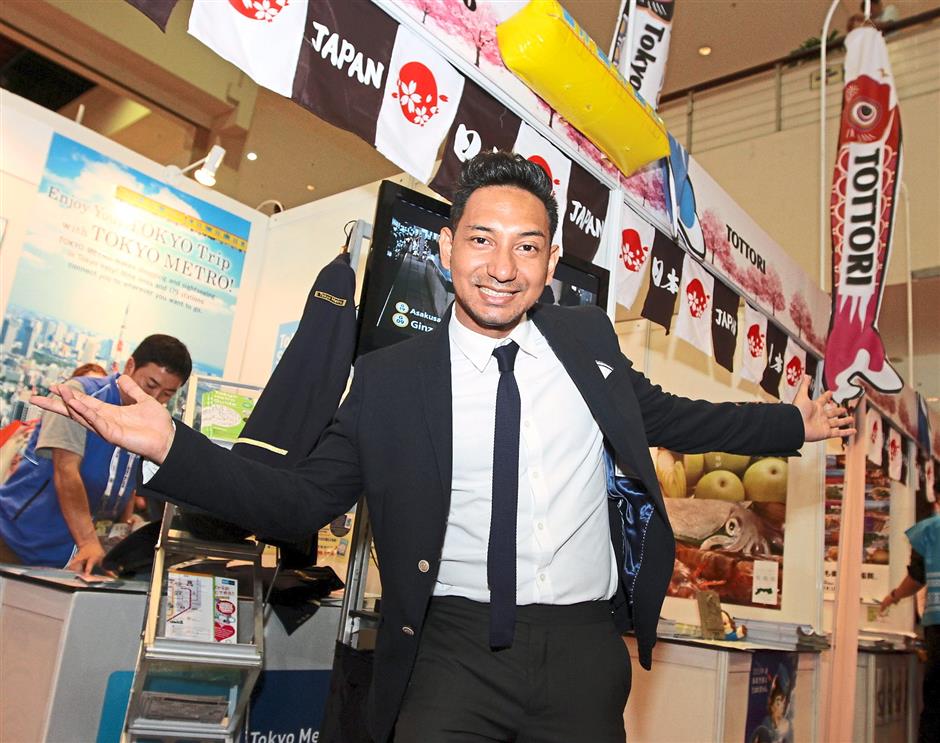 Celebrity support: Zizan Razak making a special appearance at the Japan Pavilion to the delight of his fans.

Comedian and actor Zizan Razak made a special appearance at the Japan Pavilion on Saturday, to the delight of his fans.