Messy: The washing is done on the floor of the kitchen area in Bandar Baru Klang.

SEVERAL open air steamboat eateries in Bandar Baru Klang (BBK) may be ordered to close because of multiple violations.

“We have given the operators one week to conduct an immediate clean up and carried out pest control,” he said, adding notices were issued under the Food Establishment Licensing By-Laws (MPK) 2007,” he said.

“Those who fail to conform to the cleanliness requirements will be closed for two weeks or they might risk having their business licences revoked.”

Last week, Zulkifli led a team of health inspectors that carried out a thorough check of Bandar Baru Klang’s business enclave from 10am until midnight in three shifts.

Diners who had visited the steamboat restaurants had complained earlier of seeing rats scampering under the tables as people were eating while cockroaches were spotted around fresh food. 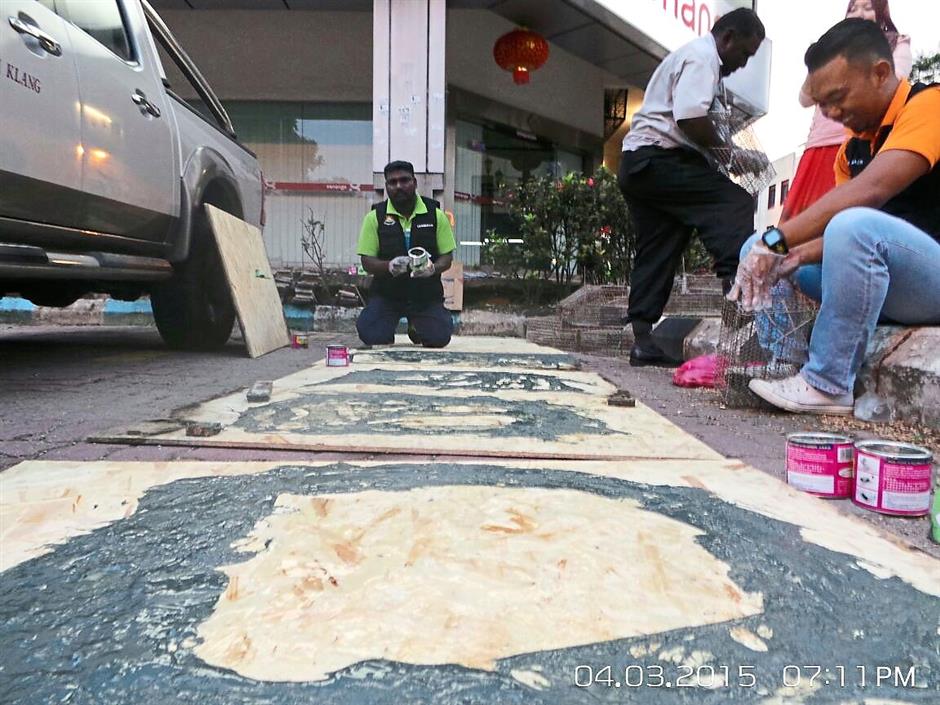 To catch the rats: Glue traps being prepared to trap rodents that run freely in the drains and back lanes in Bandar Baru Klang.


Zulkifli added that apart from the notices issued for health code violations, owners of the restaurants were slapped with 87 compound notices for having foreign workers who did not have typhoid shots, poor food handling measures and for washing vegetables nearby the drain in back lanes.

“All eateries in Bandar Baru Klang had already been advised throughout last year on cleanliness guidelines.

“This year, we will enforce the regulations strictly with no compromise,” he said, adding that the rat population in the area had been expanded.

“In the third phase earlier this month, 120 traps were set and 110 rats were caught,” he said.

Zulkifli said the rats were dangerous as they could be carrying the Oriental rat flea which could cause murine typhus as well as leptospirosis, commonly known as rat urine disease.

Murine typhus is a disease transmitted to humans through infected fleas living on rats, resulting in high fever and rashes.

“I took a walk along the back lanes of Bandar Baru Klang and found rats scavenging on food scraps dumped into drains.

“MPK contractors will clean-up the mess and restaurants which dump food into the drains will be fined,” he said.

Mohammad has ordered that all restaurants instal grease traps and demolish all makeshift kitchens in the back lanes.