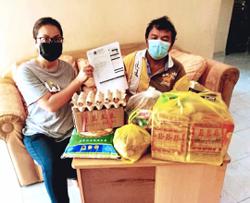 As young children, sisters Theresa and Stephanie Lim used to watch their mother and grandmother make their special popiah for the family’s consumption.

The family recipe did not go to waste as younger sister Stephanie, 45, decided to start a business with the knowledge passed on to her.

In 2001, she began selling popiah at the Imbi market in Kuala Lumpur with the help of her husband.

Business picked up and soon Theresa, 46, encouraged them to move the business to shopping malls.

With three other siblings, they began a kiosk business called SisterS Crispy Popiah in 2003 in a shopping mall.

Their crunchy and juicy popiah won the hearts of Klang Valley residents as they were voted Best Popiah provider in The Star People’s Food Awards.

“We started this business not thinking that we would be recognised this way.

“It was merely to share our love of popiah and to ensure that the new generation do not forget this delicacy,” said Theresa.

SisterS Crispy Popiah is available in 18 shopping malls in the Klang Valley and in two malls in Johor.

“We also have franchises overseas in countries like Australia, Hong Kong and will open a franchise in Indonesia in April,”she said.

Apart from the original flavour of egg, crispy wheat flour and turnip, SisterS Crispy Popiah has diversified the filling to include prawn, crabstick, chicken and cheese.

They also offer toppings of a variety of sauteed onion chicken, sauteed mushrooms, sauteed minced beef and sauteed spicy squid to go in either their pandan or egg skin popiah.

“Healthy eating is the new trend and we plan to produce healthy skins for our popiah,” said Stephanie.

Of their win, the sisters agreed that teamwork between siblings helped them achieve success.

“We also make it a point to speak to our customers to see how we can improve on our offerings and this enables us to see returning customers,” Stephanie added.

The public can vote for the best category-based street food such as curry laksa (March), rojak buah (April) via the MOB website.

This month, visit MOB and vote for your favourite curry laksa eatery in the Klang Valley under The Star People’s Food Awards.

Nominations have ended and voting will begin March 15, ending at midnight March 31.

You stand a chance to win attractive prizes such as hotel stays and dining vouchers.

Those who nominate, vote or successfully share a link are automatically entered into the race to win prizes. 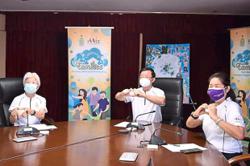 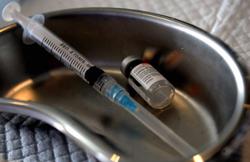