Yayasan Basmi Kemiskinan (YBK) will be celebrating its silver jubilee this year with various events leading up to a gala dinner on March 26.

YBK is an NGO that works to eradicate poverty to enable those who are less fortunate.

Corporations, students of Asrama Kasih YBK, YBK’s Community College and members of the poor households who have benefited from the various projects undertaken by YBK are invited to sponsor and participate in the dinner and other events that will be held in conjunction with the anniversary this year.

During the recent launch of the silver jubilee celebrations, YBK chairman Datuk Zainal Abidin Sakom said the foundation had contributed significantly in helping the Government eradicate poverty and improve awareness about people’s welfare.

“To celebrate YBK’s 25th year, a Silver Jubilee celebration was decided to be held to remember the contributions and celebrate those who were successfully assisted by the foundation,” he said.

The Silver Jubilee Dinner will be held on March 26.

At the gala dinner, YBK will launch Silver Jubilee commemorative stamps, books on 25 years of YBK, YBK-UPM welfare and poverty study report and YBK’s Poverty Award for institutions, individuals and the media.

Among other events planned are the YBK-UPM International Seminar, Essay Writing Competition, gatherings of former students of YBK’s Asrama Kasih and former trainees of YBK’s Community College, big walk, carnival and many more which will run until the end of August 2015 .

YBK’s target groups are orphans, youth drop-outs, poor senior citizens, the disabled, poor single mothers and the poor based on the level of the poverty line (PGK) from time to time.

Apart from that, YBK had also taken into account the additional criteria to identify the target groups such as those living in dilapidated houses and no basic amenities, poor health, poor due to natural disasters and a lack of knowledge, skills and motivation.

“I urge those who had benefited from YBK’s efforts to come back and support YBK’s vision and mission.

“YBK hopes that many alumni will participate in conjunction with the 25th anniversary and assist YBK,” concluded Zainal Abidin. 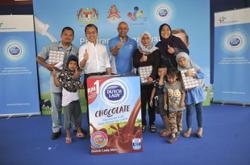 Driving a culture of care for fellow Malaysians 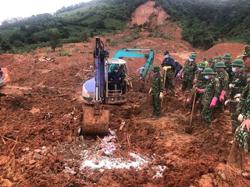