By IVAN LOH and AMANDA YEAP

Notice served: A board on the temporary closure of the Hindu cemetery on Jalan Sungai Pari in Buntong.

A GROUP of residents are up in arms that part of the Hindu cemetery in Buntong would be de-gazetted.

The group led by Buntong assemblyman S. Sivasubramaniam had submitted a memorandum to the Ipoh Land Office on Thursday demanding an explanation.

“The cemetery was gazetted on July 10, 1919, for the usage of the Tamil community in Ipoh.

“Just recently, the cemetery was served a notice on the de-gazetting but no explanation was given about the size of the land that would be gazetted,” he told journalists.

“The matter was also not made known publicly and the time frame given was too short.

“The community was not even told what the gazetting was for,” he said.

“It is really sad because the cemetery was for the use of the Hindu community. The burial ground is a sensitive matter as it involves the remains of family members,” he added.

Sivasubramaniam said he was deeply worried that any development could disturb the resting place of the departed.

The cemetery, he said, was over a century old and the remains of those buried there could be affected.

It was reported in December last year that a modern crematorium would be built at the cemetery.

State executive council member Datuk Dr Mah Hang Soon noted that RM1.3mil had been allocated by the state government for the project, which is expected to be completed in May this year.

Dr Mah had also chaired a meeting on the construction of the crematorium, in which those present included Sivasubramaniam, special officer to the Mentri Besar Datuk V. Elango, representatives from the Ipoh Hindu Devasthana Paripalana Sabah which manages the cemetery, the Ipoh City Council, Road Works Department, Department of Environment, Malaysian Anti-Corruption Commission and the police.

Sivasubramaniam said the state Public Works Department (JKR) should be put in charge of developing the new crematorium.

“I think it is best for the JKR to build the crematorium and for the Ipoh City Council to manage it.

“There is a suitable piece of land near the Ipoh-Lumut highway near Silibin,” he said, adding that the cemetery was not a suitable place to build the crematorium. 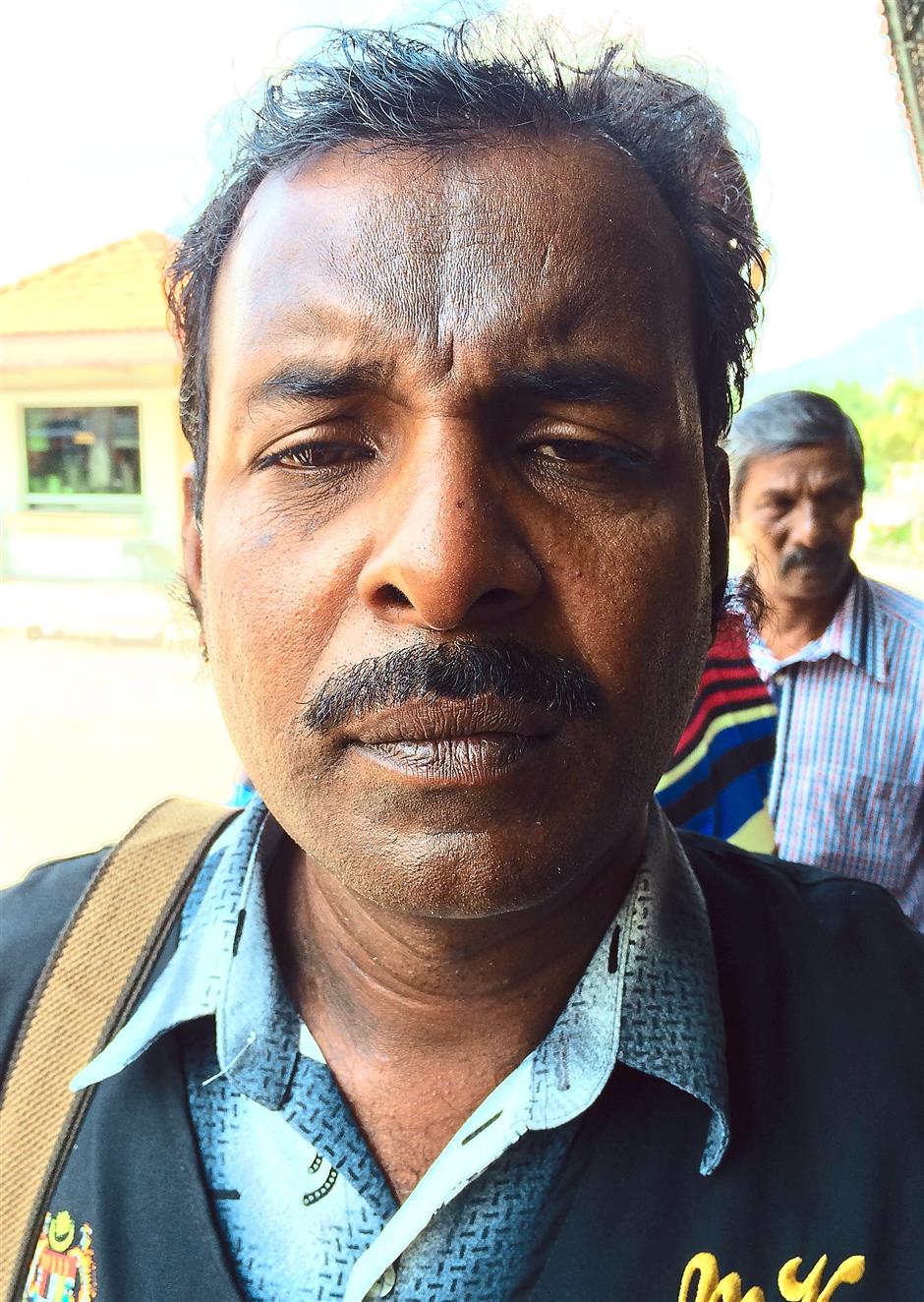 Meanwhile, B. Lakshumanan, 44, who helps his elderly mother to look after the cemetery, said it had already been locked up.

Lakshumanan said the temporary closure was causing inconvenience to the people in Buntong and hoped that it could be reopened.

He said the people could not perform any last rites at the cemetery for their dearly departed.

“Currently, people here in Buntong are forced to travel to Tanjung Rambutan or Chemor to perform these rites,” he said.

“These are situated far away and cost extra money,” he said, adding that not many people in Buntong are well-to-do.

“The association could at least allow the people to perform these rites,” he added.

When met at a separate press conference, Perak Mentri Besar Datuk Seri Dr Zambry Abd Kadir said he has not received any memorandum on the matter and declined to comment on the issue.