Portuguese Catholics celebrate ‘Intrudo’ before the start of Ash Wednesday

Wild time: The young and the old at the Portuguese settlement participating in a water-splashing event in conjunction with Introdo, which is a tradition observed on the Sunday before ash Wednesday which marks the beginning of Lent for the Catholics.

MALACCA: It has not been raining in Malacca since mid December last year but residents at the Portuguese Settlement in Ujong Pasir here had a merry splashing time at their annual traditional water festival known as Intrudo recently.

Intrudo or “introduction” in the local Cristao Portuguese dialect is observed on the Sunday preceding Ash Wednesday, which which is observed today, and also coinciding with the eve of Lunar New Year.

Shortly after the early Sunday morning Eucharistic Celebration at the settlement’s Our Lady of Immaculate Conception chapel, children and teenagers accompanied by family members led the water dousing within the confines of the community village.

Pails of water dunked with ice cubes, garden hoses and buckets, water pistols of all shapes and sizes and water-filled balloons were the principal “weapons” used during the three-hour water splashing time.

No one was spared during the period which commenced at 9am. Local and outstation tourists, passers-by and settlement residents who stayed within their respective home compound to witness the “water blessing” proceedings were also rendered drenchings. 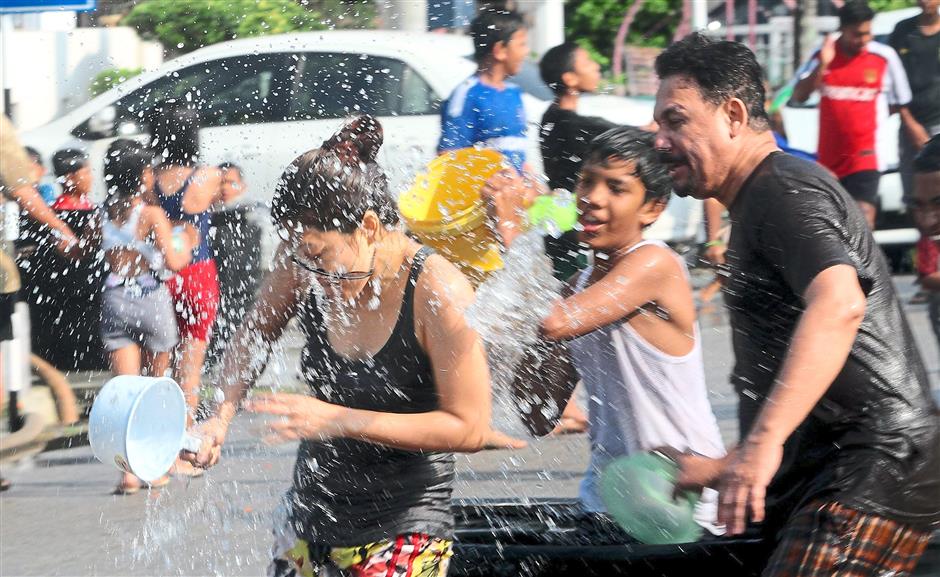 Water play: Residents having a wonderful time splashing water at each other.

For the uninitiated, particularly the outsiders who were hit in the “water ‘crossfire”, were given a glass of wine following their unexpected “watery experience”. Long time settlement resident Martin Theseira, 59, noted that the water ritual was generally conducted by families as a community event but has since grown into a tourist attraction.

“We still view the occasion as a traditional community event and linked to our Catholic faith. However, visitors and tourists were most welcome to be part and parcel of this experience provided they were willing to get wet” he added.

This festival is also commemorated around the region in places like Flores, Macau and Goa. It is a Portuguese-originated festival to mark the beginning of one’s self mortification, prayer, fasting, penance and abstinence from merriment during the season of Lent culminating with Holy Week and Easter Sunday which falls on April 5. 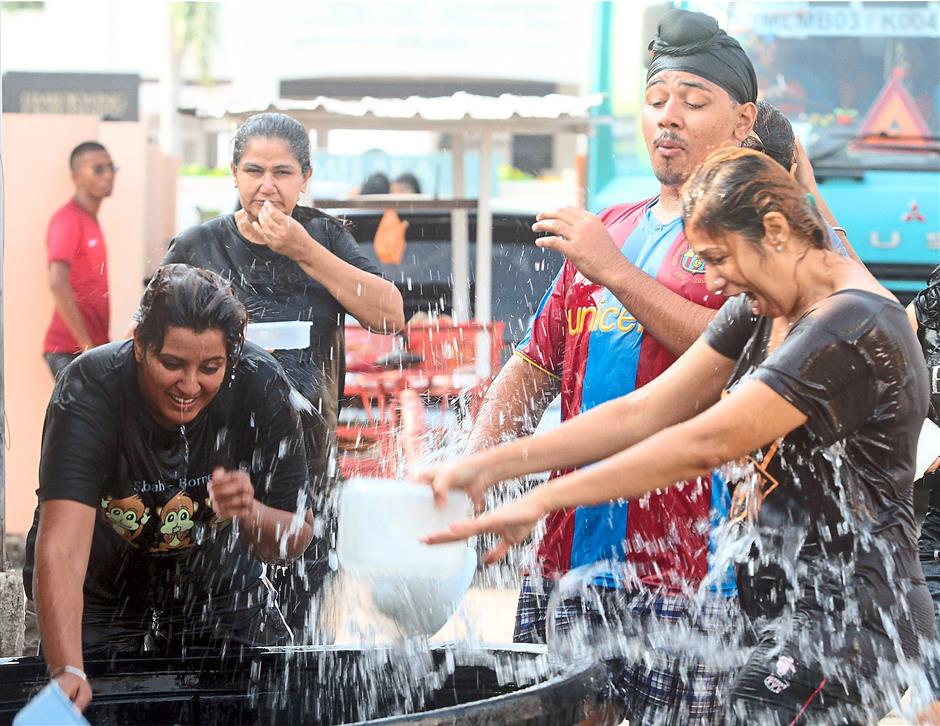 Traditional event: Young ones showering blessings on their friends. - Photos by A MALEX YAHAYA

The significance of splashing on one another is also to portray the importance of water of the community ancestors. As seafaring folks, the sea or water played an importance role in their lives. This tradition reminds the community of the time when fishing was the prime livelihood of their forefathers.

The day-long festivities continued in the later afternoon when village elders in traditional attire set up stalls selling homemade tea delicacies such as pang susees (buns with meat filling) and putugal (tapioca muffins). 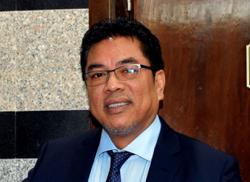