MIRI: Seek out the needy, don’t just wait for them to come to your office.

There are city folk suffering from serious health ailments or facing difficult predicaments who do not know where or who to turn to for help.

Community leaders and government officials must go to the ground to seek them out, said Fatimah, who yesterday showed how it was done by carrying out immediate im-promptu visits to houses of two families who needed help.

During a half-day working visit to Miri, she presented Chinese New Year hampers and ang-pows to more than a hundred welfare recipients at the Miri Dynasty Hotel. 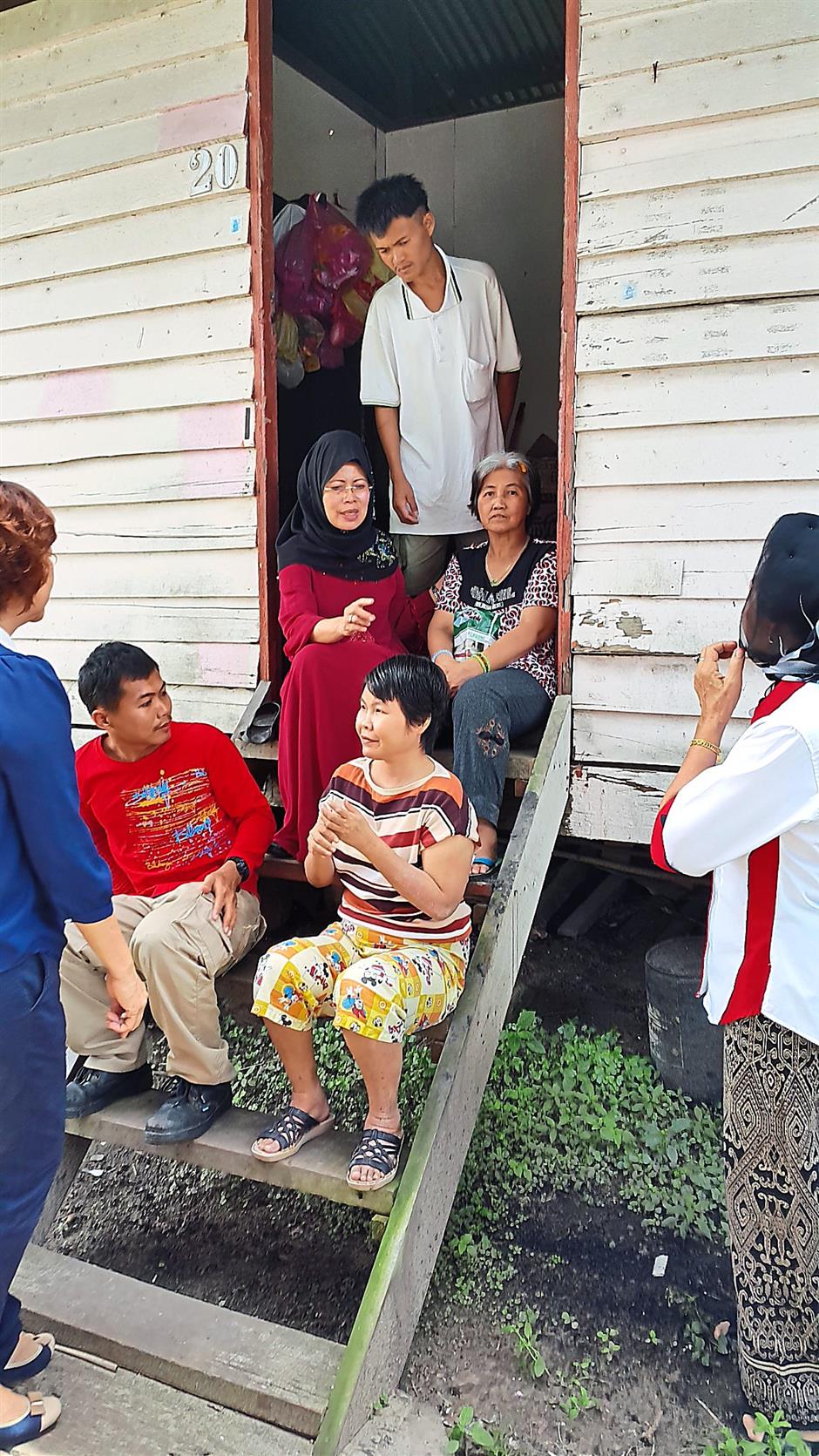 Give them a life: Fatimah having a chat with Liaw, a family with handicapped children and land problem.

Fatimah yesterday visited Huong Hii Lung, a middle-aged mother of four, who had been abandoned by her husband for more than six years. Huong recently injured her head following a fall in her rented house.

The department is already providing monthly cash assistance of RM300 to Huong.

Fatimah then proceeded to the dilapidated home of single mother Liaw Jan Fah.

Liaw, 56, lives with her mentally-disabled daughter and three mentally-limited sons in a wooden hut infested with mosquitoes, lizards and other pests. Her wooden hut, built on stilts, is located in the Krokop 5 residential estate, about 2km from Miri City centre.

Fatimah called on Chinese Temenggong Lee Si Tong and the District Office to liaise with the Land and Survey Department to sort out the land title problem faced by Liaw and her family.

She also directed the welfare staff to make arrangement for doctors to visit and check on the health condition of the entire family.

“For cases such as this, the family does not know who to turn to for help. Unless someone comes to visit them and get help for them, they will continue to live in such miserable conditions,” said Fatimah.

Earlier, Fatimah said the Welfare Department had in 2014 given out more than RM13mil in aid in various forms to needy people throughout Miri.

The aid was for the aged, handicapped, families living in poverty, bed-ridden patients and those caring for disabled people in their homes.

“We in the department while helping them in cash and kind, also want to help them to be productive as well,” she said.