For popcorn and such: The newly opened food and beverage counter of the refurbished GSC in Ipoh Parade.

AFTER months of anticipation, moviegoers in Ipoh are in for a whole new experience as Golden Screen Cinemas (GSC) has finally launched its refurbished multiplex at Ipoh Parade shopping centre.

Now equipped with 11 cinema halls, it is the largest multiplex in Perak with a total seating capacity of 1,938, including 22 wheelchair-friendly spaces.

The cinema chain’s latest addition also boasts its GSC Maxx hall, with a screen that is larger than the conventional cinema size, and built with multi-dimensional cinema audio technology - the first of its kind in the northern region.

“Some of you may remember the time when GSC Ipoh Parade was merely a three-hall cinema, which opened almost two decades ago on the third floor of this mall.

“Now, we have moved in tandem with the mall’s positioning as the go-to mall in Ipoh and relocated to the fifth floor with a whole new look, offering a wider selection of movies under one roof,” she said in her speech during the launch recently.

Noting that the GSC Maxx is the first ever THX-certified hall in Perak, Koh said they are introducing the chain’s very first 4K digital projector here as well. Changing the cinema landscape: Koh (right) placing her hand on the digital pad to mark the launch of the new GSC cinema.

Koh also said that the Chinese New Year holidays would be the best time to plan movie outings.

“Have your pick of movies from Triumph in the Skies that will be released this Feb 14, to Jackie Chan’s Dragon Blade, From Vegas to Macau, Lucky Star 2015 and Kingsman: The Secret Service - all of which are opening on the first day of Chinese New Year. 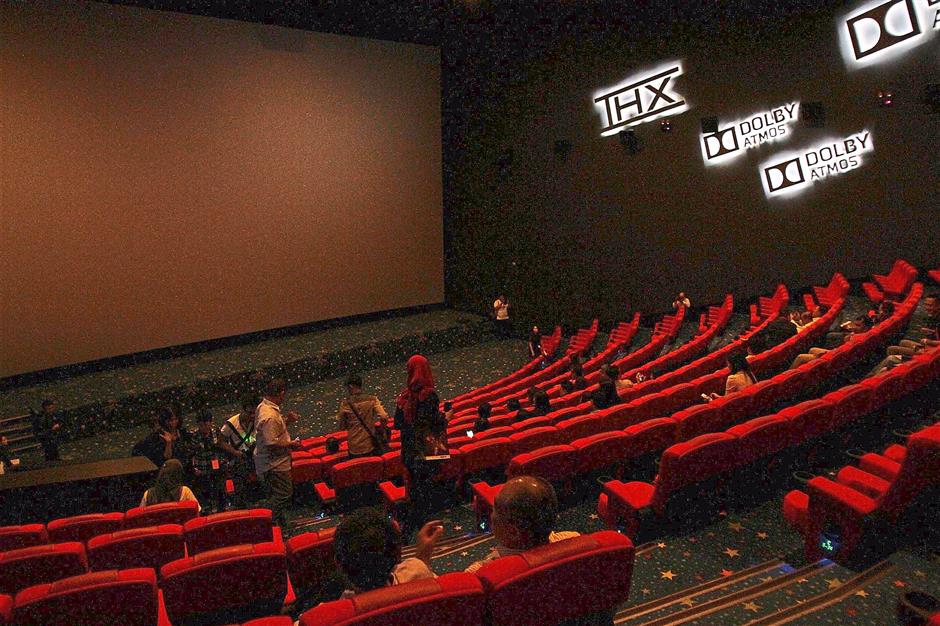 Bigger and better: The new GSC Maxx hall is the first of its kind in the northern region.

“Films such as Jupiter Ascending, Bangunan, Unbroken and Oscar-nominated movie The Imitation Game have also been released,” she said.

GSC will be continuing its expansion with a brand new cinema set to open in IOI City Mall in Putrajaya on Feb 12.

“In addition to opening in new locations, we are also upgrading and increasing the number of screens in GSC Mid Valley and GSC Summit USJ to meet the expectations of customers,” she said.

In conjunction with its opening, the cinema is offering a “buy one free one” ticket promotion for the first 100 walk-in customers from now until Feb 14.