JOHOR BARU: Woolly wall decorations are all the craze for the Year of the Goat as decorative items with soft-to-the-touch fake sheep’s wool are among the most sought-after products for Chinese New Year.

One of the popular items, which comes in pairs, is made of cardboard pictures of large-eyed sheep with white wool attached to them.

The design was sold out as early as a month before Chinese New Year, which falls on Feb 19 this year, said Low Kai Pei, a sales assistant of an outlet when met in Sutera Mall here.

She said that particular design was snapped up at the shop’s seven branches throughout Johor Baru and had to order more from their China suppliers. 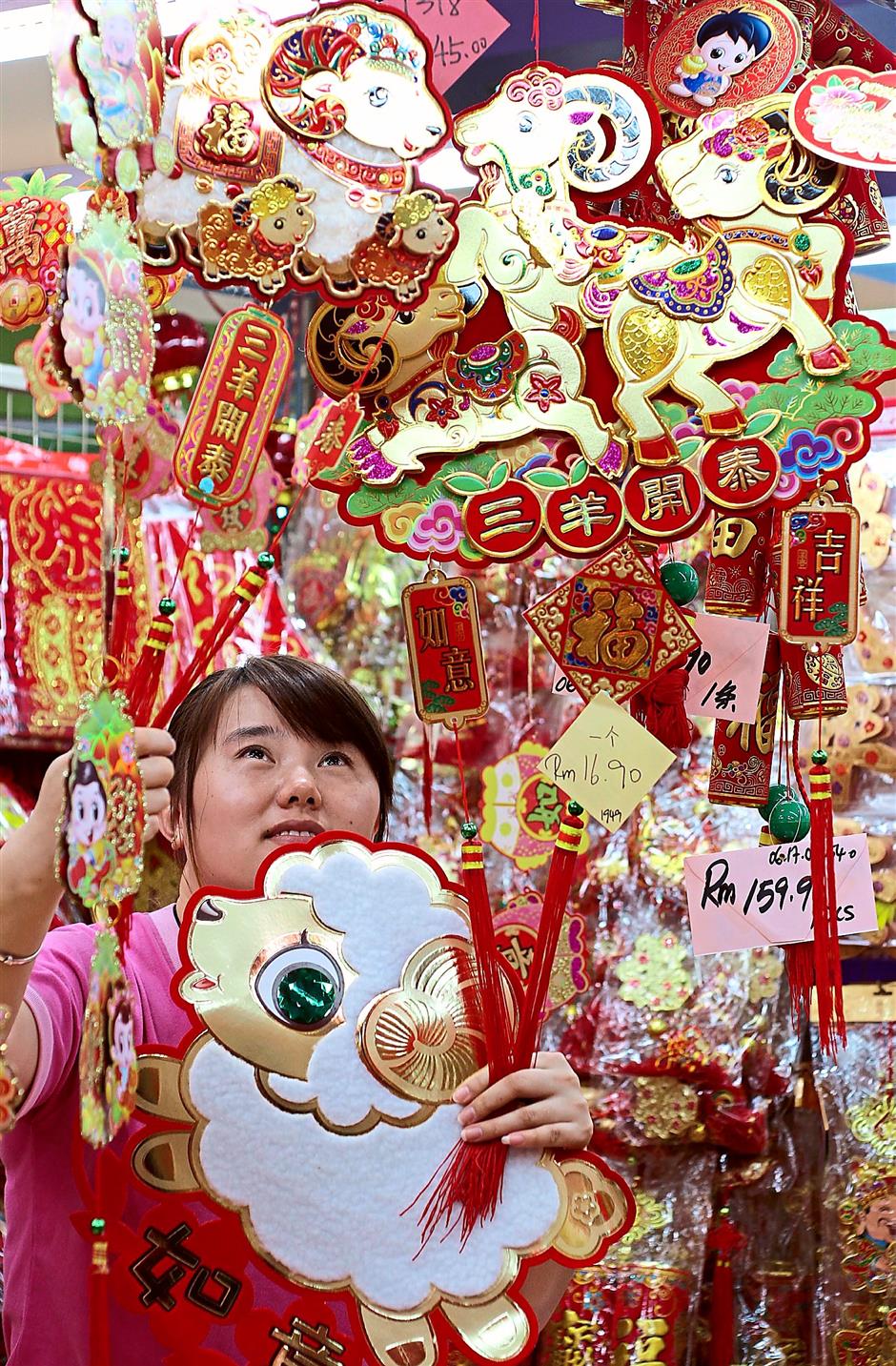 
Low said that the decorative items were a hit among customers especially Singaporeans for its cute sheep cartoon and the fake fur added dimension to the decorations.

“It looks more alive with the fake fur compared to the older flat designs from the previous years,” she said, adding that the wall decorations came in small and large designs priced at RM8.90 and RM12.90 respectively.

She added that this was the first time that fake wool was applied on animal designs for the Lunar New Year.

Another sales girl at a decorative items outlet Chai Huei Kee said that similar furry decorations were a hit among older customers who were looking for a more traditional look.

She said that the hanging decorations, which had the Chinese characters “san yang kai tai” (good prosperity and fortune) written on them to signify a new and abundance beginning of a year, were popular among those operating businesses.