The face of time

Penang’s PRIDE: The Town Hall in Esplanade, George Town, is an architectural wonder that speaks of a rich history.

BUILDINGS and mega structures that are iconic to Penang reflect both the skills of pre-war artisans and modern engineering technology.

More than brick, mortar, nuts and bolts, these functional works of art embody the talent, creativity, imagination and vision of the artisans and architects. They are a celebration of architectural wonder and built heritage.

The Victoria Memorial Clock Tower built to commemorate the Diamond Jubilee of Queen Victoria in 1897, Fort Cornwallis - Penang’s richest historical edifice — and the Town Hall featured in the movie Anna And The King are but some of the amazing structures that still stand proud in George Town today.

Indeed, Penang’s built heritage is not limited to the past. Newer structures like the 65-storey-high Komtar was once the tallest building in Southeast Asia and boasts of the iconic Dewan Tunku Geodesic Dome credited to R. Buckminster Fuller, the Leonardo Da Vinci of his time. Other outstanding man-made marvels here include the Penang Hill funicular railway and Sultan Abdul Halim Muadzam Shah Bridge. More than a tourist attraction, the former’s legacy spans close to 90 years and was an engineering marvel in its heyday while the latter rank among the Top 20 bridges in the world.

Known as the ‘father of modern watch making’, London clockmaker George Graham is also hailed as the ‘father of the chronograph’ and was the maestro credited with the Greenwich Royal Observatory’s master clock. 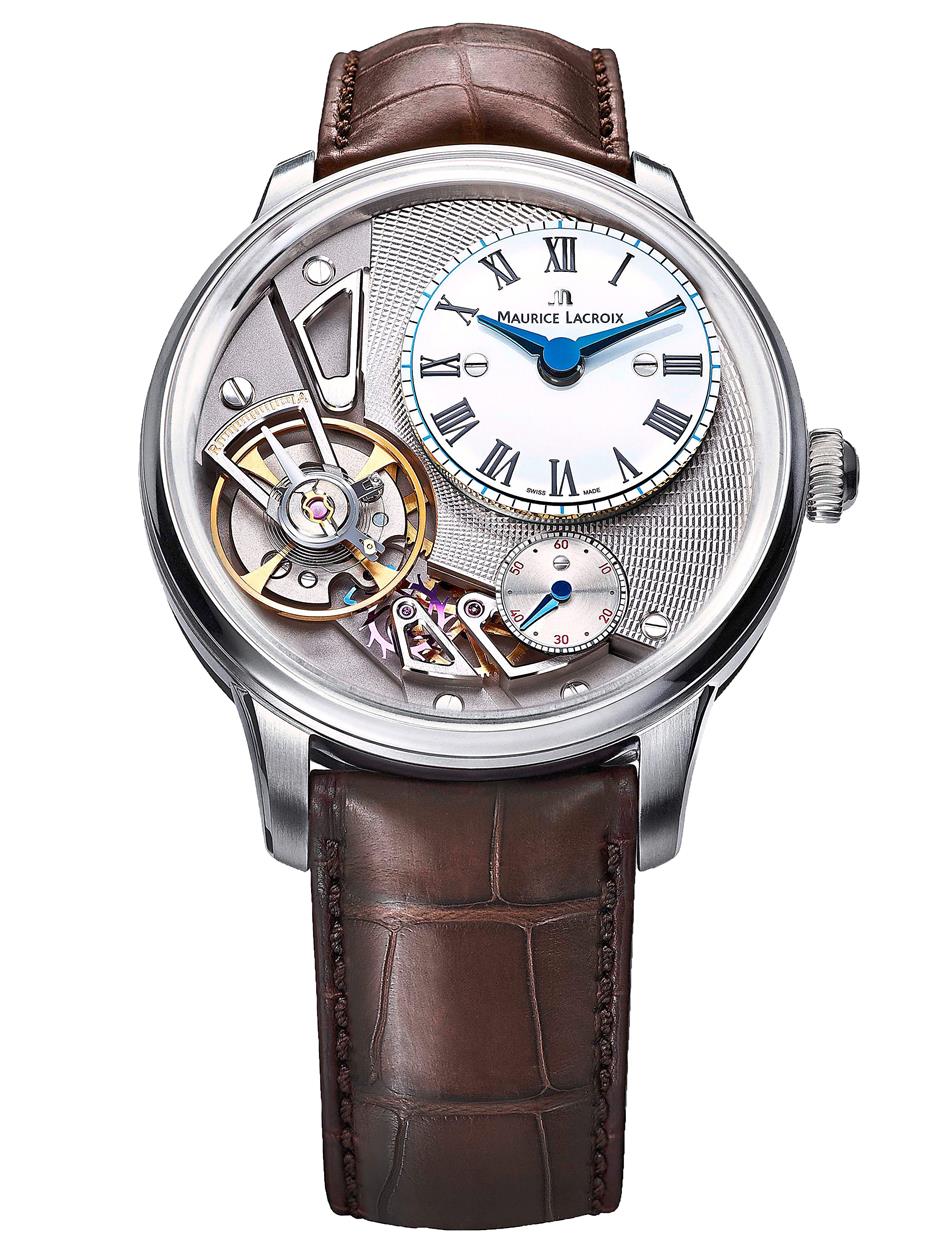 Meanwhile, the avant-garde Maurice Lacroix Masterpiece Gravity is one of the first time-pieces to feature an all-silicon assortment. The oscillator wor-king in unison with the pallet lever is testament to the magic of mo-dern technology.

Three times lighter than steel, its clean appearance and enhanced reliability is the ultimate in sophistication. For women, the new Fiaba Date with its gems and flowing lines is an ode to individualism.

Launched to celebrate the partnership between Oris and Audi Sport, the Oris Audi Sport Limited Edition which reflects the Audi dashboard instrument panel, comes with a titanium case and tungsten bi-directional rotating bezel engineered to make the watch as light as possible. The timepiece mirrors the technology of high-performance race cars.

Another stand out is the Tissot T-Race Touch with 11 tactile functions. Designed for the athlete and motorsport enthusiasts, its chronograph logbook and compass functions keep track of records and laps.

Last but not least is the new Tudor Fastrider Black Shield. Dedicated to speed, performance and strength, what makes the ultra-masculine Monolithic and scratch-proof timepiece special is that the whole case is fashioned from high-tech injected ceramic in a single process.

The extremely complex procedure is testament to the technological expertise required in ensuring that both the middle case and bezel are highly reliable and resistant. Waterproof to a depth of 150m, the self-winding chronograph movement comes with a power reserve of about 46 hours.

The watches can be seen at the Watch Masters exhibition presented by Swiss Watch Gallery. It runs till Monday from 10am-10pm daily (except for private closed door events) at Gurney Paragon Mall, Penang. The Star is the official media partner for the exhibition.