SHELTER and security are two basic rights for human beings but in numerous cases in the Klang Valley, shelter for the lower-income group seems to lack the basic safety requirements.

The death of a five-year-old last week who fell from the sixth floor of Kota Damansara PPR, the second child to have fallen from the highrise in less than two years, was a reminder of the tragic consequences when those safety features are overlooked.

Basic facilities seem to be negligible in the high-rise buildings that house more than 1,000 people.

Kota Damansara PPR residents had highlighted the rusty railings issue at the flats many times, but no one heeded the complaints. 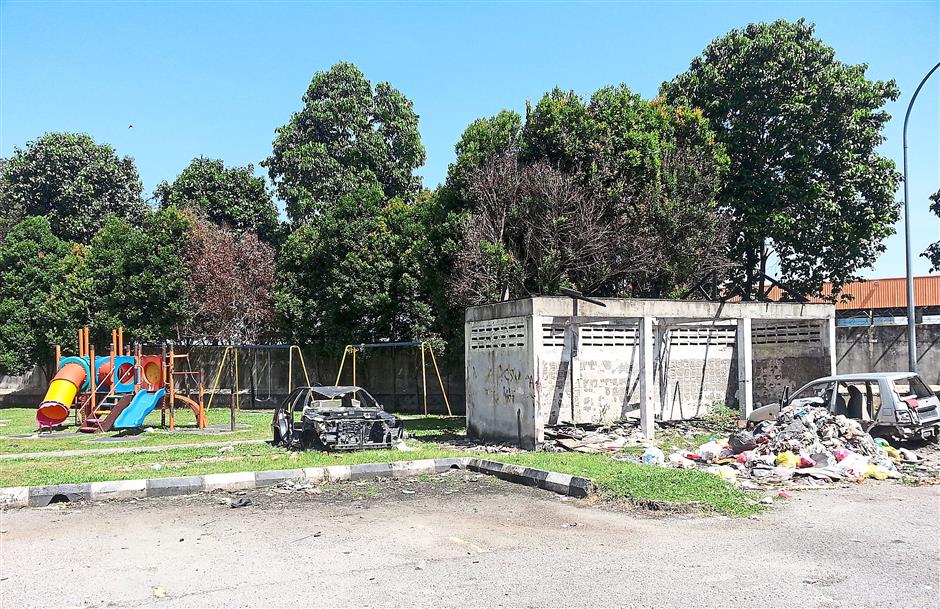 Too close for comfort: Cars that were abandoned near the playground in the Hicom PPR in Shah Alam.

“It is lacking in safety, health, peace, communal responsibility and cleanliness. If these things are addressed, half the problems are solved,” he said.

He said the missing railings on staircases and empty panels in elevators make it a hazard for him as a visually-impaired person to move around the premises.

“The railings were all rusty, some are missing. Children do not realise these things and they lean on it,” he said, adding that some had been fixed since the latest accident.

Even garbage is posing a danger at this PPR.

Many irresponsible residents throw bags of garbage down from the higher floors, and have narrowly missed the people on the ground floor.

“But people are throwing their garbage everywhere because there is no proper place for waste disposal,” said Sofian.

Another such residence riddled with problems is Hicom PPR in Shah Alam.

The 10-year-old flats with over 3,000 people in residence has not been issued a certificate of fitness (CF).

Each block has only one working lift, which has wires dangling from its ceiling. 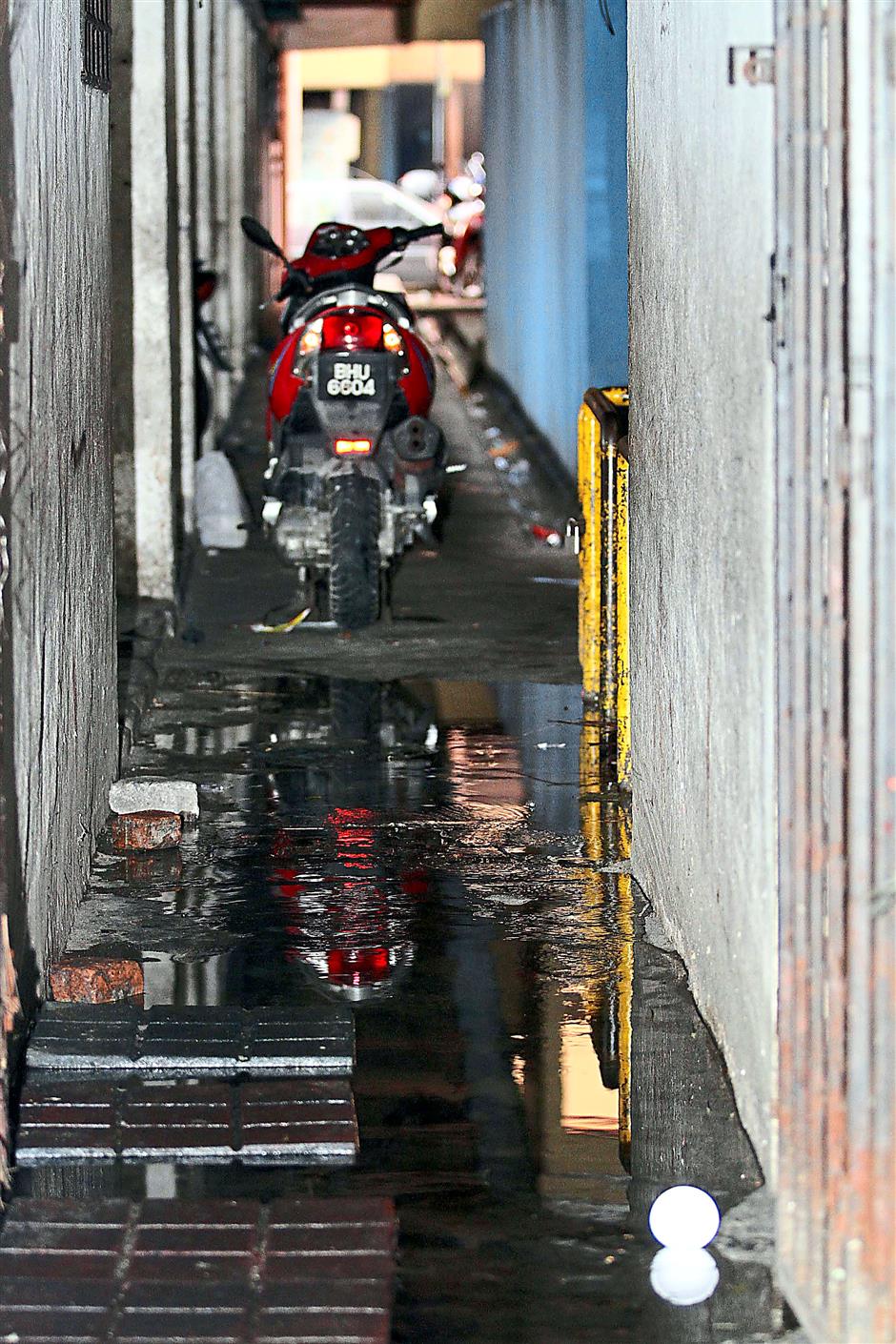 Unbearable: An overflowing sewerage pipe at Block H in the Putra Damai PPR is causing a stench on the ground floor.


On the second floor is a large pile of construction waste, with cardboard boxes littered with animal waste.

A resident who identified herself only as Maya, 50, said the place had become a haven for cockroaches, cats and dogs.

The pile was left behind by contractors appointed by Perumahan Dan Hartanah Selangor Sdn Bhd (PHSSB), a real estate company wholly owned by Selangor Housing and Property Board (LPHS) to manage the flats.

“I have complained so many times since the problem started more than a month ago, but no action has been taken,” she said.

The shoplots on the ground floor do not have electricity meters despite the shopowners paying RM1,300 for the meters when they started business.

One of the shop proprietors, Ismail Chomil, 49, said he ran into trouble with Tenaga Nasional Berhad for allegedly stealing electricity.

“I forked out another RM1,300 to install the meter on my own after the maintenance company did nothing despite me paying the fee and reminding them.

“We should not have to do that because we are just renting the place,” he lamented.

He said water was also leaking from the roof, dangerously close to some loose wires.

Senior citizen Ariffin Abu Bakar said the complaints were passed around to various agencies and in the end nothing got resolved.

There is also a distinct lack of fire extinguishers on every floor. “These issues may seem small to an outsider but we have to live in this unsafe environment,” he said.

However, he said things seemed to be improving as refurbishment works were being carried out currently, including a paint job and new flooring.

Some of the blocks are also suffering from overflowing sewerage pipes, which causes a stench on the ground floor.

Block H community leader Rabudin Mohd Taharim said the problems were worrying and should be rectified before an accident happens.

“The railings have been missing for quite some time. There is no railing up to the sixth floor, which is dangerous especially for children who often use the staircase,” he said.

He added that the stairwell was left in darkness because the lights had fused.

“People may trip when using the staircase at night and get injured,” he said.

He also pointed out the overflowing sewage from an underground pipe that had burst near the elevator lobby.

“At times the water get into the lifts and cause it to stop functioning,” he said.

Meanwhile, Block F community leader Rahman Anand said all three lifts at his block had been out of order since a week ago.

“This is burdening our residents, especially the elderly and pregnant women,” he said.

Rahman said he had lodged a complaint with MBPJ but the council was taking their time to repair the lifts.

“MBPJ is giving many excuses for the delay. They told us that it would take about three months to repair the lifts. Do they expect the residents to climb up 17 storeys every day?” he said.

In 2012, the lifts and water pumps at the Putra Damai PPR flat were repaired and replaced at a cost of RM1.9mil.

Selangor Housing, Building and Urban Settlers Management Committee chairman Iskandar Abdul Samad said in a statement last week that all PPR flats in the state would be checked by Selangor Housing and Property Board (LPHS) immediately.