It’s a labour of love for siblings

FOR the three Chong siblings, making the traditional delicacy love letters (kuih kapit) has been a family affair for the past 40 years.

Susan Chong, owner of the Siang Chuan bakery in Bayan Baru, Penang, said they had been making kuih kapit using a modern stove for over 10 years.

“I prefer a modern stove over the traditional charcoal stove as it is much cleaner. Gas is used to ignite the volcano rock to supply heat to the stove which can hold between 20 and 24 moulds at any one time,” said Susan, 71.

“My siblings and I have been selling Chinese New Year cookies and love letters for about 40 years. 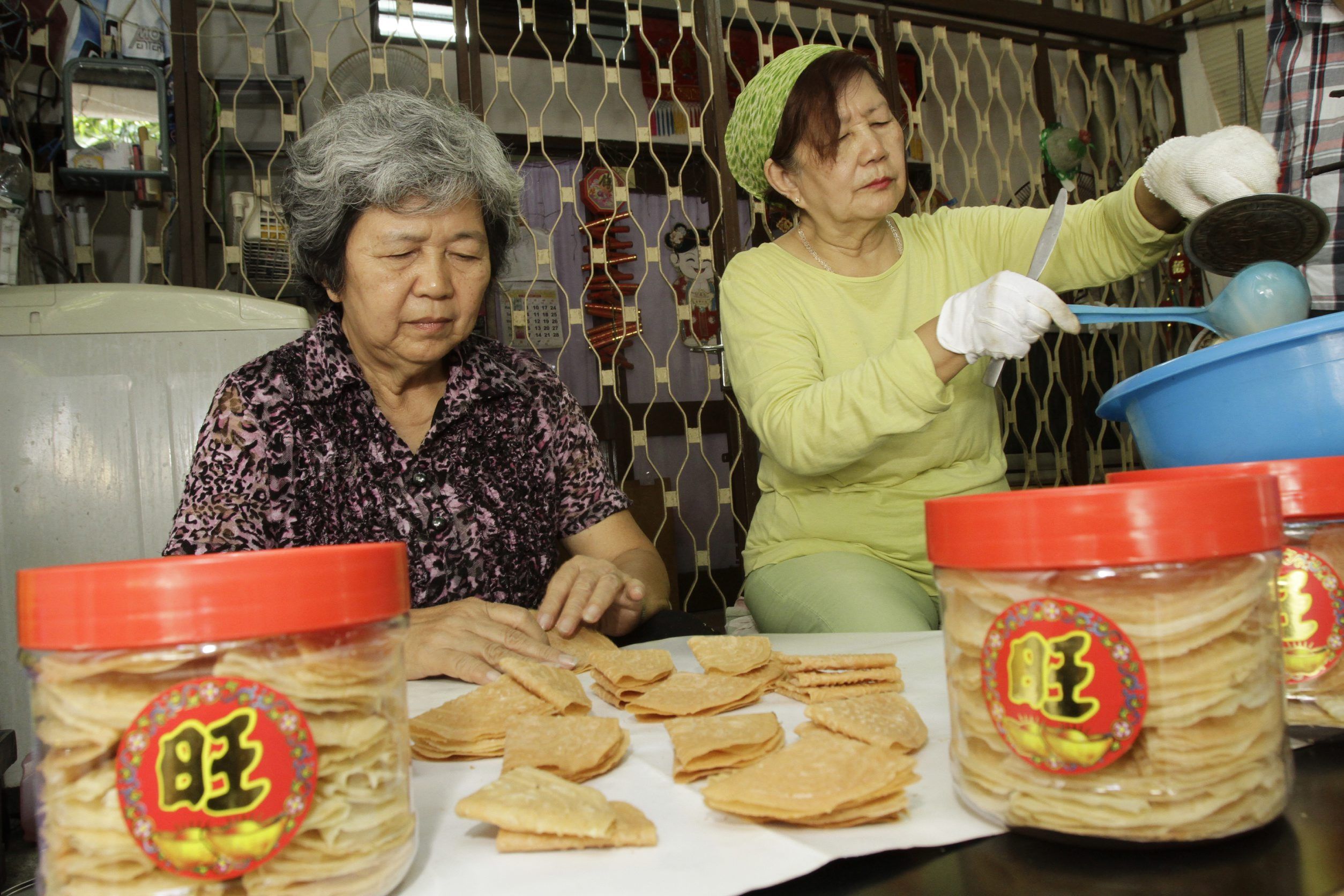 Family business: Susan (right) and her sister Sheila, 64, preparing the love letters for their customers at the bakery.

Her brother Sam, 56, said they would use up to six litres of batter a day to make the Chinese New Year delicacy.

“We have orders of about 2,000 tins to fulfil at the moment.

“Even with the rising cost, no-thing has changed as we have a very loyal customer base,” he said.

He added that they had increased the price of one tin of plain love letters (containing 100 pieces) from RM28 to RM30 while an additional ringgit or two would be charged for the sesame love letters and love letters with meat floss.

He said the kuih kapit batter was made of rice flour, eggs, coconut milk, water and sugar.