Lord of rock: Lord Lokman of the band ‘N the Boys’. is one of the country’s 80s rock pioneers.

CLASSIC songs can be written in the most unlikely places.

Michael Jackson wrote some of his songs on a tree, George Michael conceived the Careless Whisper saxophone break on a bus and closer to home, Ella and The Boys’ 1980s monster hit Dua Insan Bercinta was conceived in a washroom at the Bier Keller bar in Section 16, Petaling Jaya.

The song’s writer Lord, recalled, “I was in there between rehearsals when the melody came to me.

“I rushed out of the toilet and got the whole band to play it.

“Drummer Suhaimi Osman, played the beat and in the next few days, bassist Ayie Mohammad wrote the lyrics and then Ella sang it. We knew we had good song on our hands,” he said.

That was just the beginning. Lord began to write other hits for Ella and The Boys like Hanya Secebis Jawapan as the band rocketed to fame.

When Ella left the band for a solo career, the Kelantanese soldiered on in the local pub scene with Shima and The Boys in the early 90s and Lord Justice in the mid 90s.

Lord, now 57, played with his idols — late 60s Malaysian icons The Strollers — for a while.

Two years ago, he felt the need to resurrect The Boys and is now in a band simply called N The Boys, playing in venues like The Cobra Club, every Wednesday.

Lord still looks like a bohemian dressed in jeans and T-shirt and is rake thin.

The only trait that gives away his age is his grey hair while the length has been maintained since his teenage years.

“Yeah, I have not cut it since I left school,” he said proudly while recalling the obstacles he faced getting into music.

Lord’s dad was a clerk and his mother, a nurse. He was the eldest of six siblings.

He could not even afford a RM11 Kapok guitar in the late 60s but had a friend who owned a guitar in Kota Baru.

“I used to walk three miles to his place to learn to play his guitar.

“If you want something in your heart, you’ll do whatever it takes, “ he said.

He hitchhiked across the country playing at bars and his first break came when he joined Search in their formative years in the early 80s, performing at Red Rooster in Jalan Tuanku Abdul Rahman, Kuala Lumpur.

“I got kicked out for discipline issues,” he said, without elaborating.

Lord got his act together and formed The Boys and struck gold when he found Ella, a shy teen whom he coached into coming out of her shell to become the country’s rock queen.

“She and Shima are what I consider the highlights of my career.

“Ella has gone on to become a huge success. That’s great because I coached her,” he said.

But why did Ella split with The Boys in the first place?

“There was an argument over the money that each bandmember was getting for performances. But that’s all in the past. I went to Ella’s wedding. I have a good life playing music,” he added. 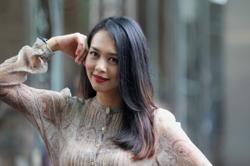