Health hazard: The stagnant pond at the dump site is a breeding site for mosquitoes.

A HEATED argument broke out recently after Kuala Lumpur City Hall officers tried to seal the entrance leading to an illegal open-air carpark in front of Pantai Medical Centre in Bangsar.

The operator had asked for more time to shut down the site but officers from the Health and Environment Department as well as the Enforcement Department went to the site at about 9.15am on Monday.

DBKL had targeted the site after receiving numerous complaints from residents.

DBKL Health and Environment director Dr Hayati Abdullah confirmed that the operation had taken place and said excavators removed the concrete barriers to block access to the land.

“The operation followed an earlier visit to confirm the illegal activities there. “We have cordoned off the area to stop the activities as stagnant water has accumulated at the site.

“We have served him a 14-day notice to vacate the area,” she said, adding the land belonged to the government.

Gabriel Ng, 40, a resident who lives at Zehn Bukit Pantai which is located next to Pantai Medical Centre, said the illegal dumping had disturbed the peace at night.

Ng was one of the residents who had lodged a police report at Pantai police station on Jan 17 about the illegal activities.

StarMetro had highlighted the illegal dumping on Jan 9 after a visit by Lembah Pantai MP Nurul Izzah Anwar.

Ng, who is a travel agent, said the culprits had cleared the area with chainsaws and dumped construction debris and rubbish between midnight and 4am.

“The stagnant water can become a breeding ground for mosquitoes.

“We have had about 30 dengue cases at the condominium. 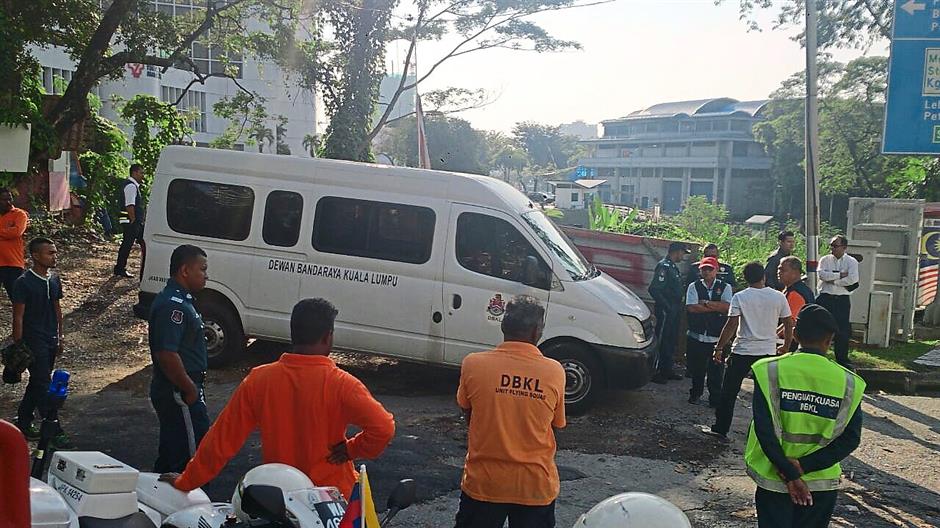 Out in force: DBKL officers at the scene to shut down the illegal parking lot and dump-site.

“We want stern action to be taken against the culprits.

“The authorities need to shut them down completely and ensure those responsible for clearing the land to restore it back to its original condition,’’ he said.