WHEN someone provokes another person with malicious ill-intent, and the one who is provoked reacts with extreme rage to the point of committing cold-blooded mass-murder, who is guilty?

I would say that both are equally guilty, because both had malicious actions that had gone to the extreme.

Both are equally answerable and will have to face the wrath of God.

The recent incidents in France relating to the Charlie Hebdo magazine that had insulted Prophet Muhammad and caused fatal attacks by Islamist radicals in Paris and Germany, and in other countries, showed that when it comes to matters of religion and race, no one should incite another.

The French had been saying that they were merely practicing their “freedom of speech” by publishing articles and cartoons on the prophet of Islam.

Even their top government leaders defended this so-called freedom of speech.

Despite the killing of a dozen of its journalists, the magazine continued to publish even more provocative cartoons, resulting in revenge killings and burning of churches in Europe, the Middle East and Africa.

These French people are really arrogant, to the point of being reckless and foolish.

They are just asking for trouble.

No one condones killing as an act of retribution but the fact remains that the French are asking for trouble by their sheer arrogance and pride, defending their stupidity by claiming “freedom of speech”.

It is rather typical of many of the French people, and some other Europeans. They think of themselves as superior to others.

I have toured Europe four times on different occassions over the past 20 years, visiting at least 15 countries there and having travelled to France twice.

In terms of natural beauty, France is a nice country, but many of the French people I encountered were not nice.

They seemed to think they were superior in mind and heart, when in actual fact, they were not very wise people.

The manner in which the French magazine had caused so much bloodshed and mayhem, not just in France but in other parts of Europe and the world, showed just how foolish these French can be.

Even Pope Francis had condemned the provocation by the French magazine, saying that freedom of expression could not be used as an excuse to incite hatred and violence.

When it comes to matters of religion, it is best that we adopt an attiude of “live and let live”.

Do not go around poking others, hoping that they will react with rage.

Religion must be placed on a sacred platform; not to be toyed with. 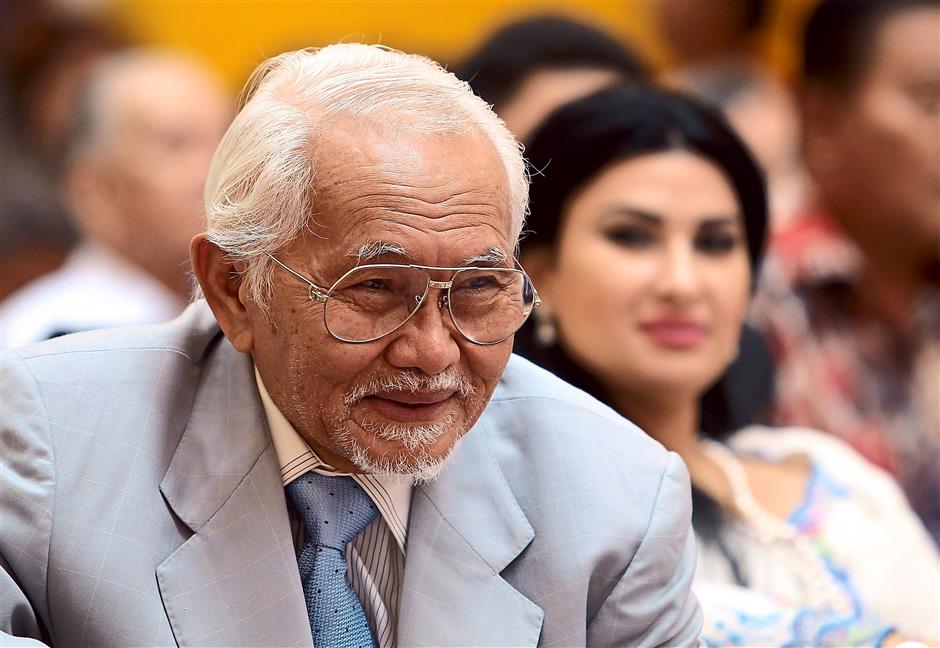 Wisdom: Taib advocates moderation in all aspects of race and religion.

I remember how Sarawak Head of State Tun Abdul Taib Mahmud, when he was still the chief minister, publicly spoke his mind and expressed his concerns during a function in Miri City two years ago of increasing controversies relating to religious issues that were stirred up by certain groups of people in other parts of the country outside of Sarawak.

The veteran leader said religion must never be used a means to advance political causes or score political points, either by extreme right people or extreme left parties.

Speaking his mind when launching a seminar on Islam here, the then-state Barisan Nasional chief said the state government of Sarawak had always worked hard to make sure religion was not turned into a political tool in this state.

Sarawak has such a long period of peace and harmony even before Malaysia was formed.

It is because of the wisdom of leaders like Taib that made this possible.

They had placed religion on sacred ground; not to be tossed and trampled around in the name of so-called “freedom of speech”.

If we provoke someone else to commit sin, then we too have sinned.

Nothing good can come out of ill-intent against another’s religion.

Taib was indeed a wise leader when it came to matters on religion and race.

He advocated moderation in all aspects of race and religion.

Taib had said: “Long before Islam was born in the Middle East in Medina, Christians and Jews had already been living there for centuries.

“When Prophet Muhammad ruled in Medina, he forged the closest of relationship with the Christians, the Jews, the Persians and other neighbouring people.

“In the Koran, it was mentioned that Muslims and Christians were the best of friends.

“The Charter of Medina stated that the Jews and Christians in Medina could practice their faith freely.

“History has shown that Islam is a tolerant and fair religion.

“However, human attitude has made used of Islam in its political ideology. This is actually a political motive and it is wrong,” he said.

Taib said Muslims must acknowledge the rights of others who were not Muslims because Islam acknowledged the existence of other religions that came before Islam.

He said being tolerant and fair was not a case of being politically correct or compromising their stance as a Muslim.

“Being tolerant and fair to others is actually the very basic principle of Islam.

“It is interpreting the very foundation and true concept of Islam,” he said.

Taib said the role of an Islamic government in Malaysia must be to ensure a country that was a haven for people of all faiths and races, a nation where Islam as the official religion was also protector and defender of other religions.

He stressed at length on how Muslims and people of other faiths in Sarawak had lived for centuries, without any problems in terms of religious practices or beliefs.

“I want to relate to all of you my personal experience that I cannot forget.

“During my early years (as chief minister), I had to travel a lot into the ulu to visit the longhouses.

“Every longhouses I go, the people there took great effort to search for a Muslim cook who can prepare halal food for me.

“The Ibans in the longhouse make sure they have prayer mat for me when I need to pray.

“They give me the very top floor of their longhouse bilik for me to sleep.

“That sort of relationship signifies what we have in Sarawak, true harmony and unity among people of every race and religion,” he said.

Every good government leader must think and act along similar lines.

Whether they are Christian, Muslim, Jew, Buddhist, Hindu or of any faiths, they must be fair to people of other faiths and respect them accordingly, not use their power to incite others.

We must never follow in the footsteps of the French magazine and provoke hatred and violence, just because they can.

Their so-called “freedom of expression” is merely a poor excuse for their arrogance and pride.

We Malaysians must not look up to these French people. They are not good role models.